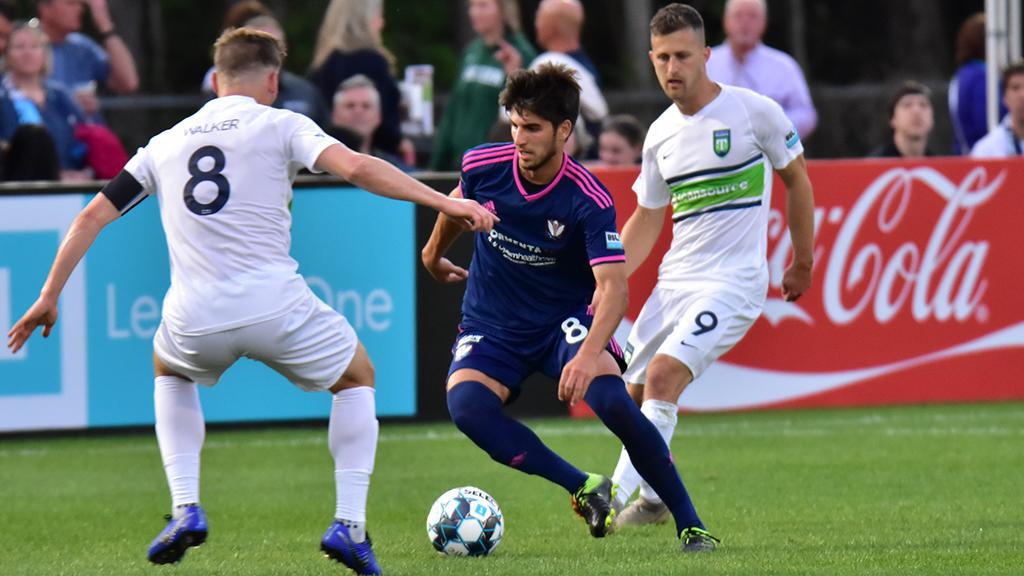 On Wednesday afternoon, the two clubs learned they would meet again this May in arguably the marquee contest of the First Round of the 2019 Lamar Hunt U.S. Open Cup as U.S. Soccer officially announced the opening round matchups for the historic tournament's 106th edition. Greenville will play host to the clash on Wednesday, May 8 at Legacy Early College, with kickoff set for 7 p.m. ET.

In addition to Greenville, League One’s Richmond Kickers also received a home draw and will play host to Virginia United at City Stadium on Tuesday, May 7 at 7 p.m. ET. The winner of the historic tournament in 1995, the Kickers also made one of the most memorable runs by a lower-division club this decade when they reached the tournament’s Semifinals in 2011.

Lansing Ignite FC will open its first entry to the Open Cup on home turf as well and will play host to AFC Ann Arbor at Cooley Law School Stadium on Wednesday, May 8 at 7 p.m. ET.

League One’s other two clubs will head on the road for their first forays into the Open Cup, with Chattanooga Red Wolves SC drawn against South Georgia Tormenta FC 2 of USL League Two on Tuesday, May 7 at 8 p.m. ET.

Forward Madison FC, meanwhile, will open its first entry to the tournament against Bavarian SC at Uihlein Soccer Park in Milwaukee, Wisc. on Tuesday, May 7 at 8:30 p.m. ET.

The draw for the Open Cup’s Second Round, which will see the introduction of USL Championship clubs to the field, will be made next Wednesday, April 17.