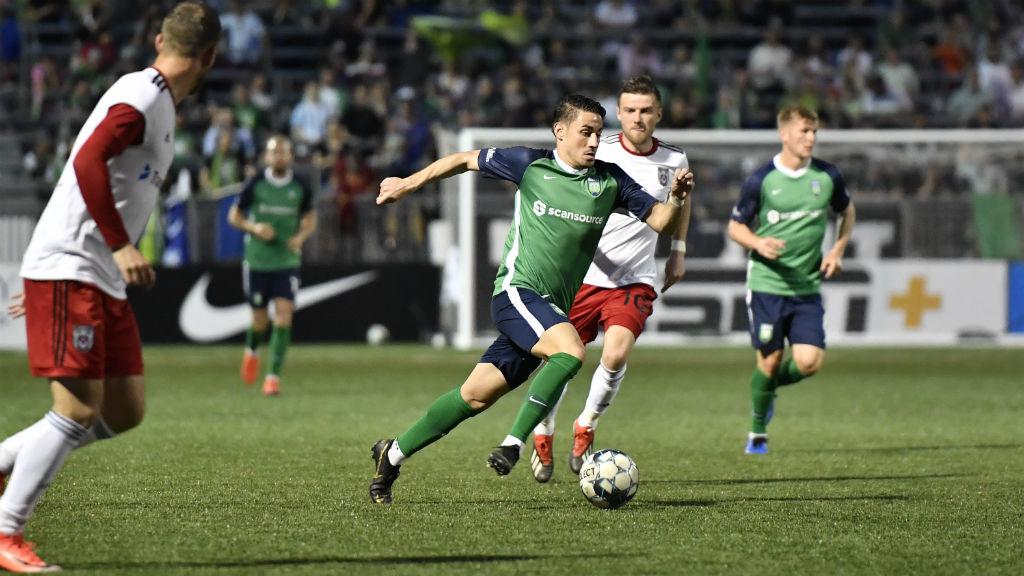 Week 7 of the 2019 USL League One season kicks off with four games on Saturday night and will see all 10 teams take the field over the next 48 hours. Here are five things to watch for this weekend.

LUCKY NO. 7: Six teams (Toronto FC II, Forward Madison FC, FC Tucson, Chattanooga Red Wolves SC, Greenville Triumph SC and Lansing Ignite FC) enter the weekend level on seven points in the league standings. While not all those teams have played the same number of games, there’s no doubt there is a bit of a logjam developing behind the league leaders. This weekend could go a long way to shake things up as Greenville makes its way to Lansing and Madison heads to Chattanooga in a pair of potential six-pointers. All we can do is sit back and enjoy because there’s really no way to tell who is going to emerge from the pack and challenge for the playoff positions.

LIFE’S A PEACH: After a challenging four-game road trip, South Georgia Tormenta FC returns to Erk Russell Park this weekend sitting four points clear of the logjam described above and just one point off league leader North Texas SC. Tormenta FC has made a strong start of life at its new professional level, especially at home where it has picked up a pair of wins over Greenville Triumph SC and FC Tucson. After goals from Lucas Coutinho and Conner Antley propelled Head Coach John Miglarese’s side to another victory over Tucson last weekend in Arizona, the team prepares to face Toronto FC II for the first time in club history. The Canadian club has made the most of life on the road so far but will face potentially its toughest test yet in Statesboro on Sunday.

LAST ONE STANDING: After Toronto FC II suffered its first defeat of the season last weekend to Forward Madison FC, North Texas SC enters this weekend’s action as the last unbeaten side in League One. Not only has the Texas side yet to experience defeat, but it also boasts a 100 percent record with four consecutive wins to start off its inaugural campaign. Head Coach Eric Quill’s squad passed its first test without leading scorer Ricardo Pepi – who remains away with the U.S. U-17 National Team at the Concacaf U-17 Championship – and gets a bit of fortune in scheduling as it returns home for a date with last-place Orlando City B. Can North Texas extend its winning start? 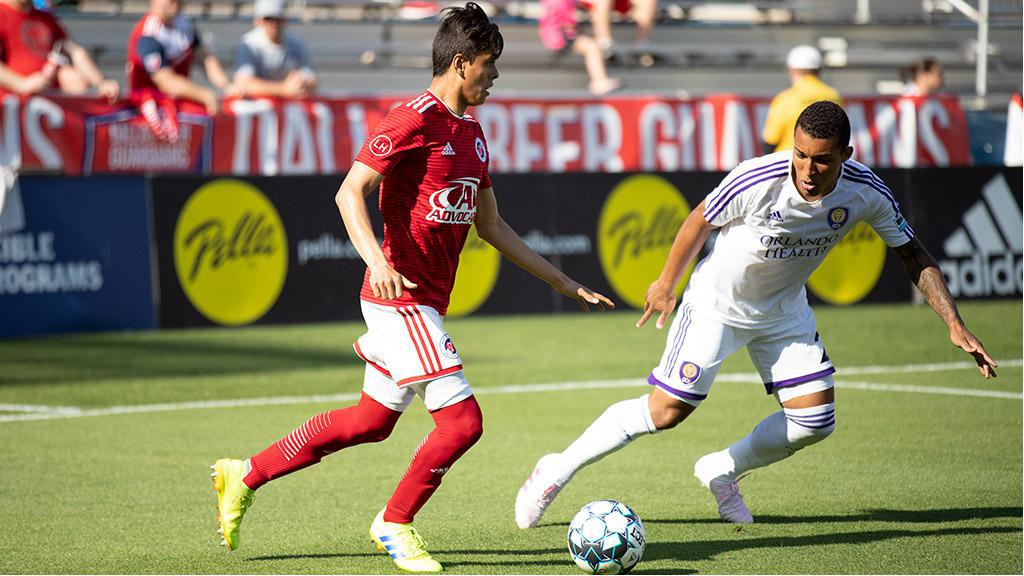 North Texas SC will go for its fifth consecutive win to start the season when it hosts Orlando City B for the second time in 2019 on Saturday evening. | Photo courtesy North Texas SC

GOALS COMING FOR GREENVILLE? Over the past three league games, it feels like Greenville Triumph SC has been trying to get ketchup out of a bottle and just hasn’t been able to figure out the right combination of tapping and shaking to get the good stuff on its plate. Head Coach John Harkes has seen his side fail to find the back of the net in each of the past three games (0-2-1), despite outshooting its opponents 22-18 over that span (10-5 on target). Greenville’s shot conversion rate of 5.26 percent ranks second worst among League One teams – Orlando City B’s is 4.92 percent – but the next closest side Forward Madison FC is twice as efficient at 11.36 percent. Wednesday night might have brought a shot in the arm for Triumph SC, however, as it earned a 1-0 win in the Lamar Hunt U.S. Open Cup against Tormenta FC. Might Cole Seiler’s goal be the one that breaks the dam open and gets Greenville on track in the league?

HAPPY TO BE HOME: Chattanooga Red Wolves SC hasn’t had much fun away from home this season and that trend continued Tuesday night in the Open Cup as the side fell to USL League Two side South Georgia Tormenta FC 2 at Erk Russell Park. While Chattanooga has also failed to win any of its four League One outings on the road this season (0-3-1), it has made a perfect start (2-0-0) at David Stanton Field. The Red Wolves have an impressive 3-2 win over South Georgia Tormenta FC on their resume and have also knocked off Forward Madison FC, which visits Tennessee again this weekend. With Head Coach Tim Hankinson’s side scheduled to play three of its next four games on home soil, now is the time to start putting results together.