Which players get your vote as the best in the league as we reach the midway point of the season? 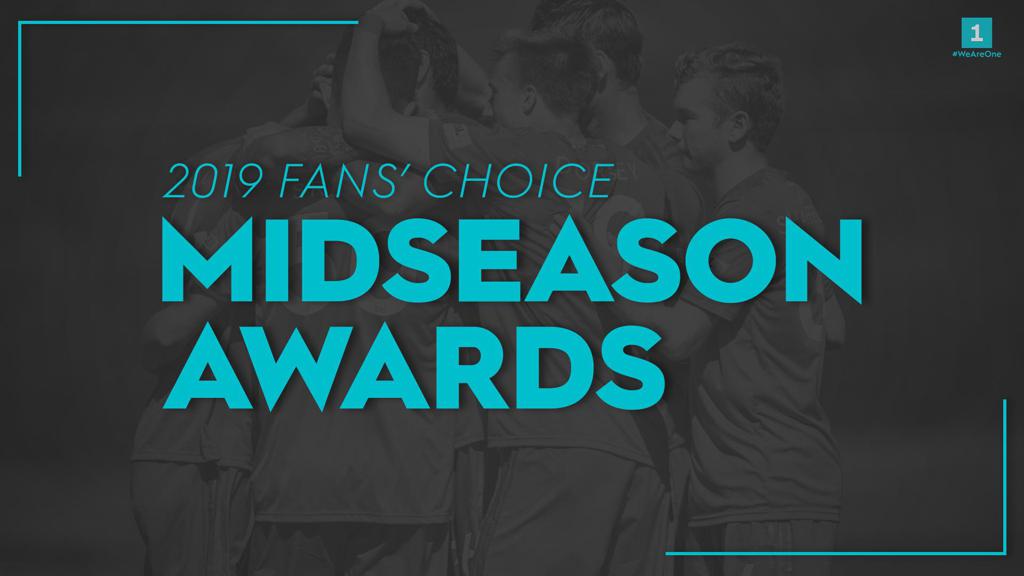 Having taken an overview of where each team stands at the midway point of USL League One’s inaugural season, it’s now time to look at the players and coaches who have stood out from the crowd over the opening half of the campaign.

All statistics through Tuesday, June 27

Goalkeeper of the Year

Stefan Cleveland, Lansing Ignite FC – Cleveland’s arrival in Lansing on loan from the Chicago Fire played a key role in transforming Ignite FC’s form, with the shot-stopper’s 81.3 save percentage second-highest in the league among goalkeepers to have recorded at least 20 saves and his four shutouts in seven appearances earning a 0.86 goals-against average.

Akira Fitzgerald, Richmond Kickers – Fitzgerald has arguably been the second-biggest bright spot for the Kickers this season as he sits second in the league in both saves (36) and shutouts (5). Fitzgerald has also yet to record a drop this season, while claiming nine catches and nine punches.

Pablo Jara, South Georgia Tormenta FC – The league-leader in shutouts with eight in 12 appearances, Jara has been ably assisted by his back line in posting a 0.58 goals-against average, but has also proven himself a key piece to the club’s success with a 74.1 save percentage, four punches, two catches and no drops so far this season.

Alex Mangels, Chattanooga Red Wolves SC – Mangels has arguably been the busiest goalkeeper in the league with his 42 saves the most in League One. The 25-year-old has still posted four shutouts and a 71.2 save percentage while recording 16 catches and seven punches and only one drop in 12 appearances.

Defender of the Year

Conner Antley, South Georgia Tormenta FC – One of the players to move up with Tormenta FC from League Two into the professional ranks this offseason, Antley has recorded three goals and three assists to play a role in more goals than any other defender this season. Antley is also tied for his team’s high with 21 interceptions – good for tied for fourth among defenders in the league – and sits third in the league among defenders with 83 recoveries.

Kevin Coiffic, Lansing Ignite FC – Coiffic is tied for second among defenders with 27 interceptions and has won 8 of 12 tackles in addition to winning 57.6 of his duels and 62.2 percent of aerials, but he has also chipped in for the playoff contender at the attacking end with two goals, one assist and four key passes.

Tyler Polak, Greenville Triumph SC – Polak has been a strong two-way performer for Triumph SC, leading all defenders with 32 interceptions and recording 14 key passes at the attacking end. The first signing in Greenville’s history, Polak leads his side with 83 duels won at a success rate of 61.5 percent, and in tackles won with 27 so far this season.

Vangjel Zguro, Chattanooga Red Wolves SC – Zguro sits one off the league-lead with four assists for the Red Wolves and has been a solid performer overall with the ball at his feet with a pass completion rate of 75.5 percent on 45.2 passes per 90 minutes and 13 key passes. Zguro has also recorded a team-high 19 tackles for the side and sits ninth among defenders with 68 recoveries.

Coach of the Year 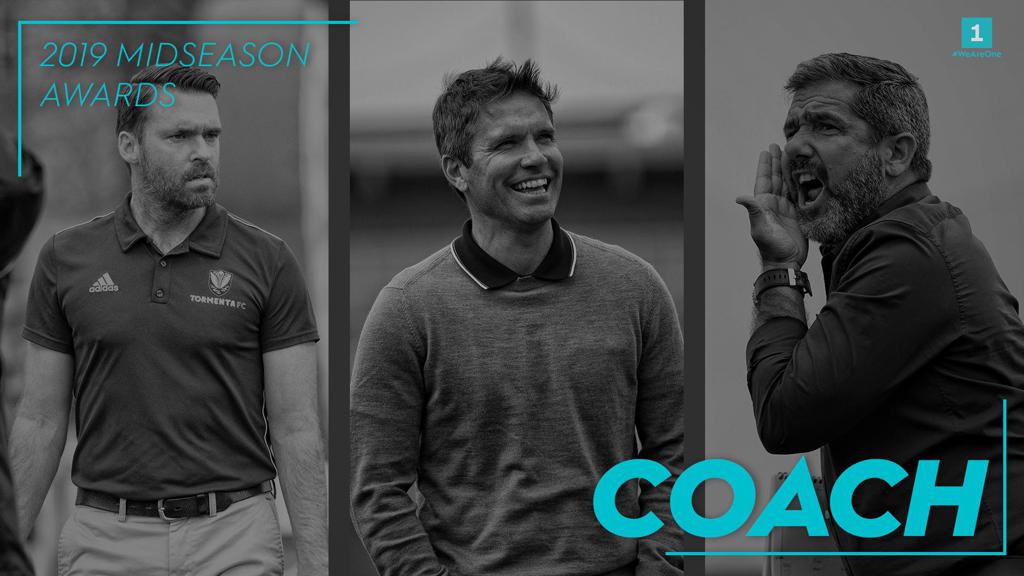 John Miglarese, South Georgia Tormenta FC – Miglarese continued the success he found with Tormenta FC in USL League Two as the club moved into the professional ranks, leading the side to the best defensive record in the league with seven goals conceded and eight shutouts and just one defeat in its opening 12 games.

Eric Quill, North Texas SC – Quill has led the first-year side with the youngest average age in the league and turned it into an immediate title contender. Under Quill’s leadership, NTSC has recorded a league-best eight victories and 25 goals to sit on top of the league standings.

Michael Rabasca, Toronto FC II – In his first full season with TFC II, Rabasca has produced a strong campaign that has seen the side already surpass its win total in the USL Championship a season ago. Undefeated on home turf, Toronto has recorded 20 goals – second-most in the league – to put itself in playoff contention at the end of the season.

Young Player of the Year

Ronaldo Damus, North Texas SC – Damus has picked up the baton from Ricardo Pepi after the latter departed for the Concacaf U-17 Championship and showed why at 19 years old he earned selection to Haiti’s 40-man squad for the 2019 Concacaf Gold Cup. With eight goals and one assist, Damus’ finishing has been consistently sharp with a 40 percent shot conversion rate on unblocked shots.

Ricardo Pepi, North Texas SC – The United States U-17 international has more than lived up to the expectations of his first professional season, recording seven goals at a rate of a goal every 70.7 minutes for the league-leaders and subsequently earning his MLS debut for FC Dallas after being signed as the 26th Homegrown Player in the club’s history.

Jordan Perruzza, Toronto FC II – Perruzza has enjoyed a stellar first professional campaign after competing late last season for TFC II in the USL Championship. His four goals lead TFC II’s balanced attack, to which he’s also added two assists, and has helped put the side in playoff contention at the midway point of the season.

Steeve Saint-Duc, Lansing Ignite FC – Saint-Duc has been a bright attacking piece for Ignite FC, sitting tied for second on the team with 15 key passes – good for tied for 14th in the league – while posting a crossing accuracy rate of 35.4 percent. The 19-year-old Haitian has also notched a goal and assist for the playoff contender this season.

Conner Antley, South Georgia Tormenta FC – Part of a defense that has given up a league-fewest seven goals this season, Antley has also been a key contributor for Tormenta FC offensively, sitting tied for the team-lead with three goals while chipping in three assists. A former League Two standout for the club, Antley has also recorded 83 recoveries, good for third in the league among defenders.

Ronaldo Damus, North Texas SC – Damus’ eight goals lead the league as the 19-year-old has helped lead the league-leading North Texas attack with scoring rate of a goal every 80 minutes. The Haitian forward has also recorded eight key passes and one assist and completed 20 of 29 dribbles as he has proven a menace to opposing back lines.

Ricardo Pepi, North Texas SC – Scoring a hat trick in his first professional game for NTSC, Pepi has gone on to have a stellar first half of the season that culminated in his signing a Homegrown Player contract with FC Dallas. The United States U-17 international has scored seven goals at a rate of a goal every 70.7 minutes while also sitting tied for the league lead with 15 shots on goal.

Don Smart, Forward Madison FC – Smart has been the catalyst for the Flamingos’ success this season with four goals and three assists, while his 20 key passes are tied for third in League One. The veteran forward has also recorded a team-leading 28 crosses with an accuracy rate of 35.7 percent and also chipped in defensively with 11 tackles won and 12 interceptions.