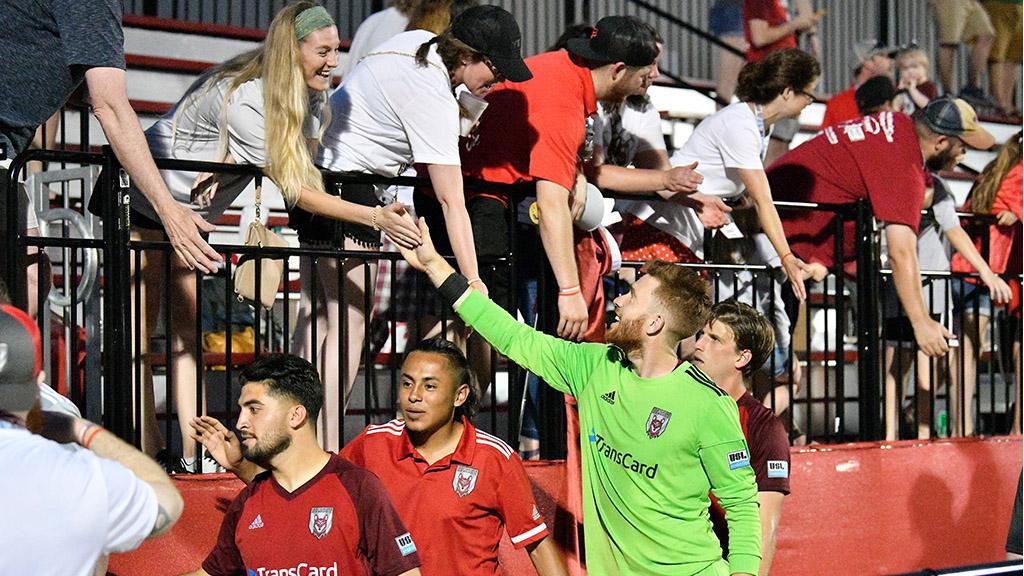 Following FC Tucson’s big win on Wednesday night to kick off Week 15 in USL League One’s inaugural season, this weekend brings three matchups that could all have a significant impact on the race for the postseason. Here are five things to watch for on Saturday and Sunday night.

SEPARATION POINT: With three consecutive wins and an undefeated record in June, Chattanooga Red Wolves SC not only pushed itself into the playoff positions but also separated itself from the bottom half of the standings. On Saturday night, Head Coach Tim Hankinson’s side gets the chance to achieve even greater separation when it plays host to Lansing Ignite FC, on which it holds a one-point edge in third place in the table. Chattanooga is undefeated at home this season (5-0-3) ahead of the first meeting between the clubs this season and with Steven Beattie picking up the pace in front of goals with half of the club’s eight tallies in June there should be reason for optimism there will be a nice cushion between the top three and the sides below them after Saturday night’s clash.

PRESSURE POINT: As big an opportunity awaits the Red Wolves on Saturday night, it’s equally as big for visiting Lansing Ignite FC, which could both overtake its host and move into third place but also create a gap to fifth-place Toronto FC II and the rest of the clubs below it. The biggest reason for the importance of taking victory on Saturday is that Ignite FC has played more games than any other so far this season, so keeping pressure on Toronto, FC Tucson and Forward Madison FC to take full points from their games in hand is crucial. After last week’s 3-1 road loss to North Texas SC, Lansing will be looking to put on a much better road showing this time out and earn its third away win of the season.

BEAT THE STREAK: South Georgia Tormenta FC’s shutout streak began in earnest with its 1-0 win against Forward Madison FC on May 18, with that contest the first of five consecutive clean sheets Head Coach John Miglarese’s side has produced since a 3-2 win against Toronto FC II on May 12. The Flamingos visit Erk Russell Park for the first time this season with positive momentum, however, and could pose the biggest challenge to Tormenta FC goalkeeper Pablo Jara and his backline’s current run of excellence. Madison has scored seven goals in the past three games (2-0-1) to put itself back into the fringes of the playoff conversation. Those postseason hopes would take another blow if the Flamingos are unable to break down South Georgia’s defense, and with Tormenta FC looking to keep pace with North Texas at the top of the standings there should be plenty of edge to this contest. 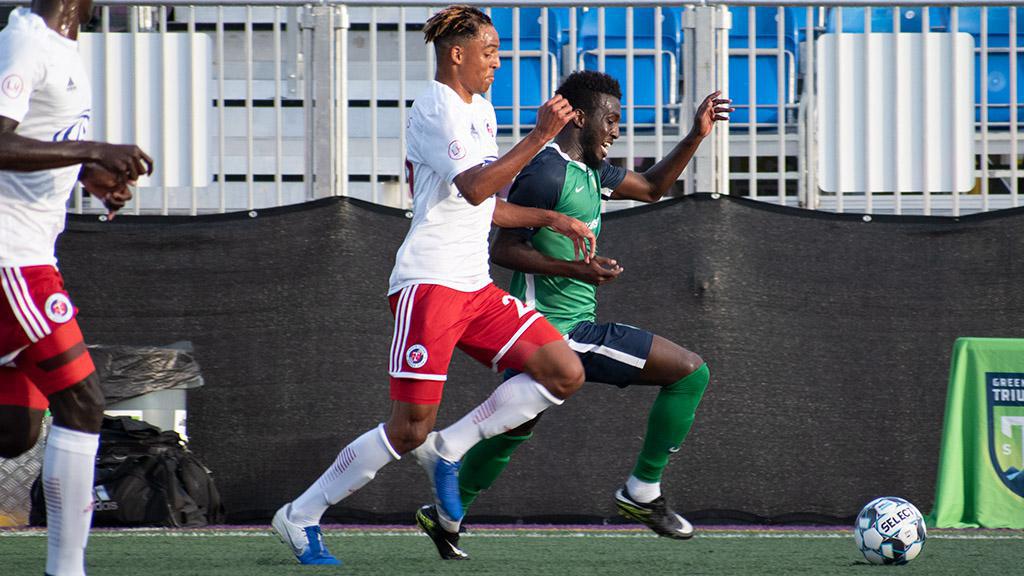 ON THE UPSWING: It might sit just off the pace of the main challengers for a playoff position, but Greenville Triumph SC’s 2-0 victory against Orlando City B last weekend not only gave the side multiple goals in consecutive games for the first time this season but might also have salvaged some hope for the second half of the season for a side that has created plenty of chances but failed to take advantage consistently. Triumph SC is four points back of fourth-place Lansing Ignite FC with two games in hand, but on Sunday night a major test arrives as the club visits first-place North Texas SC looking to end its perfect record at home. Greenville fell 1-0 at home to NTSC when the two teams met on May 4 at Legacy Early College and managed only five shots for the game in the process. With the club’s attacking confidence now raised it will be fascinating to see what Triumph SC learned from that first encounter.

PURSUIT OF PERFECTION: Of all the numbers that North Texas SC and South Georgia Tormenta FC are putting up as the frontrunners in League One’s inaugural season, the 7-0-0 record that North Texas possesses at home this season might be the most impressive. A 3-1 victory against then third-place Lansing Ignite FC last Saturday night added to that run of form and capped off another month in which NTSC led the lead in goals with 11. North Texas has, in fact, yet to be held scoreless in a contest in its inaugural campaign, while Ronaldo Damus enters Sunday night’s clash with Greenville Triumph SC having scored six goals in a four-game scoring streak to take the lead in the League One Golden Boot race. As well as the side is playing right now, it certainly wouldn’t be a surprise to see either of those scoring streaks continue against Greenville.