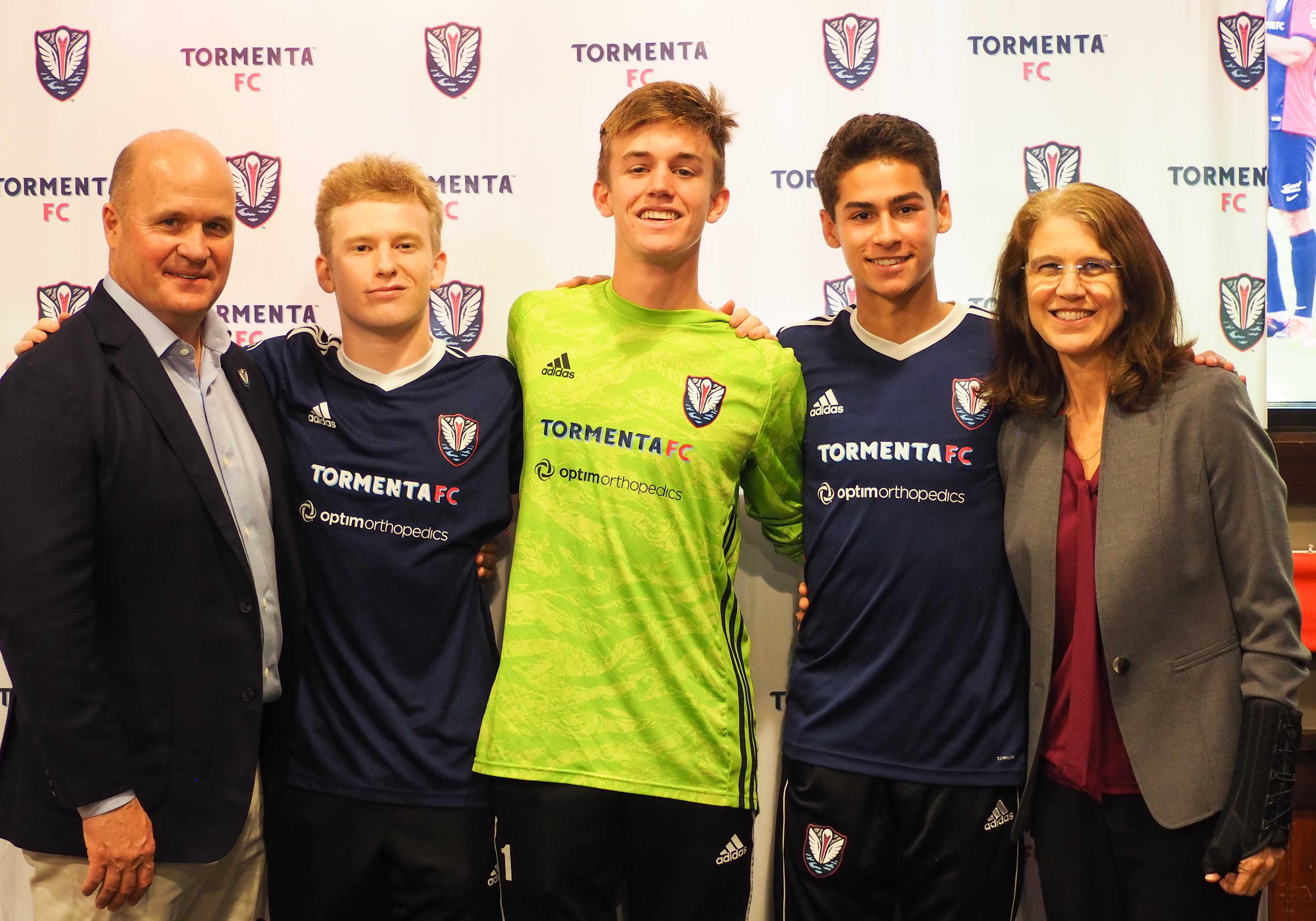 “Being able to see these players reach their dreams and start to reach their goals is tremendous for them, the youth academy and the club,” Director of Youth Soccer Brad Nein said. “The hard work the boys have put in at the Academy over the years has led them to this opportunity to continue developing in a professional training environment. The pathway to professional soccer in South Georgia and the Low Country of South Carolina runs through Tormenta FC.”

In 2019, DeLoach made history as the first Tormenta FC youth player to sign professionally with the club’s League One team, making one appearance for the team in the regular season. The 17-year-old midfielder is a junior at Benedictine Military School in Savannah. His speed and technical skills on the ball, along with his hard-working mindset are a few traits that attracted the League One coaches.

Hampton attends Islands High School and has spent ten years playing and developing his skills with the Tormenta FC Academy. Last season, the 16-year-old midfielder made four appearances for Tormenta FC 2, helping the team win the Deep South Division and Southern Conference titles. Hampton’s work ethic, passing and finishing skills make him an attacking threat in the final third of the field.

O’Hearn is a 16-year-old goalkeeper who attends Savannah Arts Academy. The goalkeeper has been with the Tormenta FC Academy for ten years and has exceptional technical ability. O’Hearn’s footwork and confidence on the ball gives his teammates the ability to use him as an option during the flow of the game.

“Tristan, Grant and Stephen have all earned this opportunity as they fit the profile of character and competency that we look for in Tormenta FC professional players,” Head Coach John Miglarese said. “This is an exciting time for the club as it locks in the path to pro for young players like Tristan, Grant and Stephen. I am excited to be a part of it.”

DeLoach, Hampton and O’Hearn join 15 players signed to Tormenta’s 2020 roster, while additional signings are set to be revealed in the coming weeks.

Tormenta FC kicks off its 2020 regular-season schedule on Saturday, March 28, at home against defending USL League One champs North Texas SC. Fans can guarantee their presence at every game in Erk Russell Park by purchasing 2020 Season Ticket Memberships which are available at www.tormentafc.com/seasontickets.