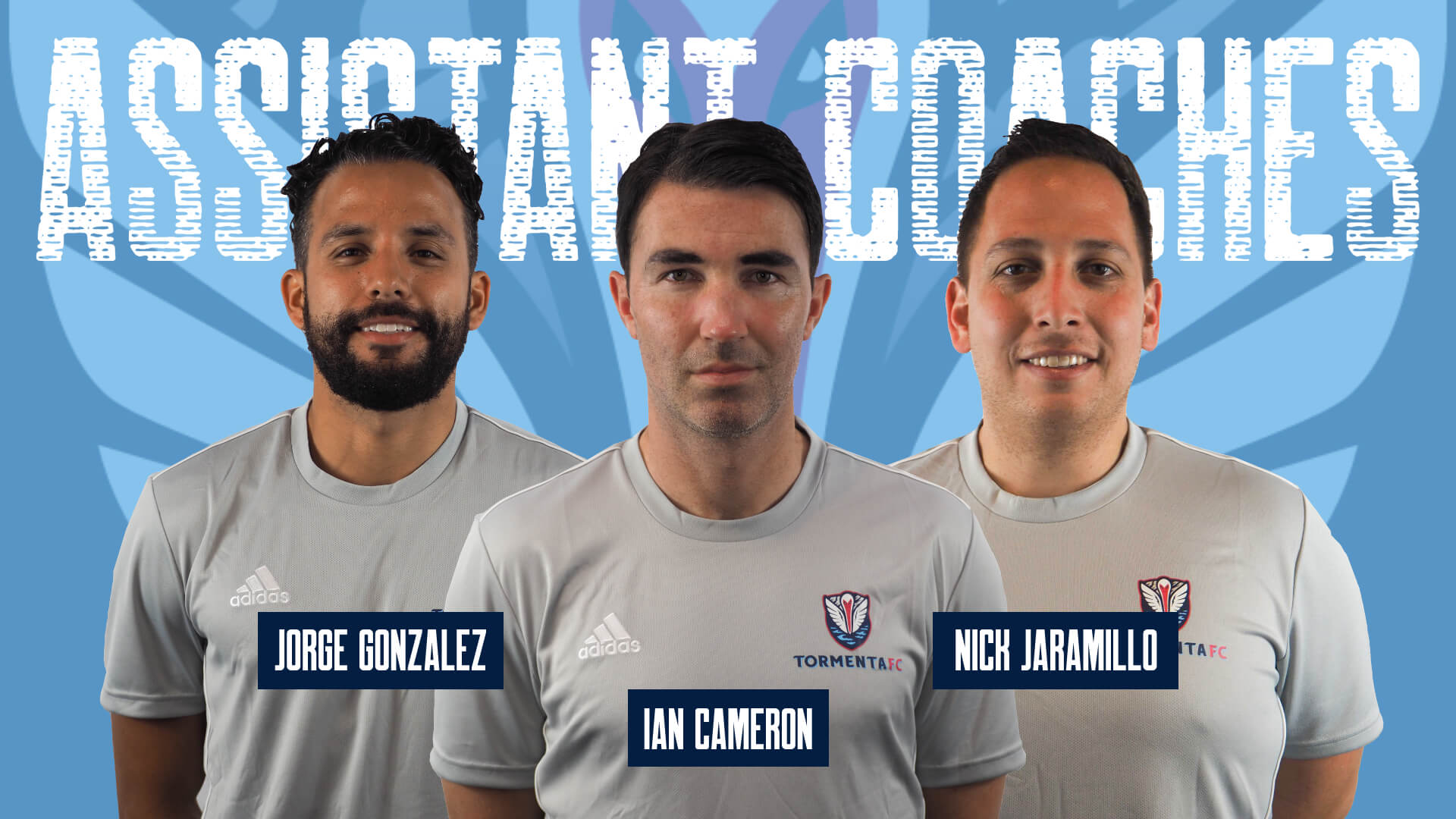 "We have assembled a top group of coaches to assist me this season,” Head Coach John Miglarese said. “They have a variety of strengths and experiences which will make for a stronger environment for our players.

"Adding Ian as a full-time coach on my staff was essential after witnessing his quality firsthand last summer as our Tormenta FC 2 coach,” Miglarese added. “He is a bright young coach with head coaching experience that our USL One, USL Two, and U19 Academy players will enjoy working with. Jorge has been with me from the beginning at Tormenta FC. His energy, knowledge and expertise in directing our strength and fitness protocols will be vital to our success. Nick comes highly recommended from some top coaches in the game. His work ethic, passion and skill as a goalkeeper coach will challenge our goalkeeping core and be a valued asset in our USL Academy."

Cameron joined the club in 2019 as Tormenta FC 2’s Head Coach, leading the team to a Deep South Division title and a Southern Conference title. The Glasgow native will continue to serve as the League Two Head Coach during the summer, while assisting the professional side. Cameron leaves his position as Men’s Soccer Head Coach at Eckerd College, where he recorded numerous victories with the team. He holds two master’s degrees in quantitative finance and business administration from Mercer University and the University of Glasgow.

Gonzalez returns for his fourth season as a Tormenta FC assistant coach. Gonzalez began his coaching career at Reinhardt University, where he served as an assistant coach for four seasons, along with coaching for the Southern West Virginia King’s Warriors. Gonzalez graduated from Bryan College with a degree in business administration with a minor in communications before attending Reinhardt University for his MBA.

Jaramillo joins Tormenta FC as the new goalkeeper coach, hailing from Young Harris College. There, he served as an assistant coach and goalkeeper coach for the Young Harris men's team, helping the team become Peach Belt Conference Tournament champions in 2016 and the NCAA Division II Southeast Region champions in 2017. He also served as the interim head coach for the women's team that year. Jaramillo earned his associate's degree in general education from Palm Beach State College in 2014. He earned his bachelor's degree in psychology at Young Harris in 2018.