Joins USL League One side after starting all 2020 preseason matches 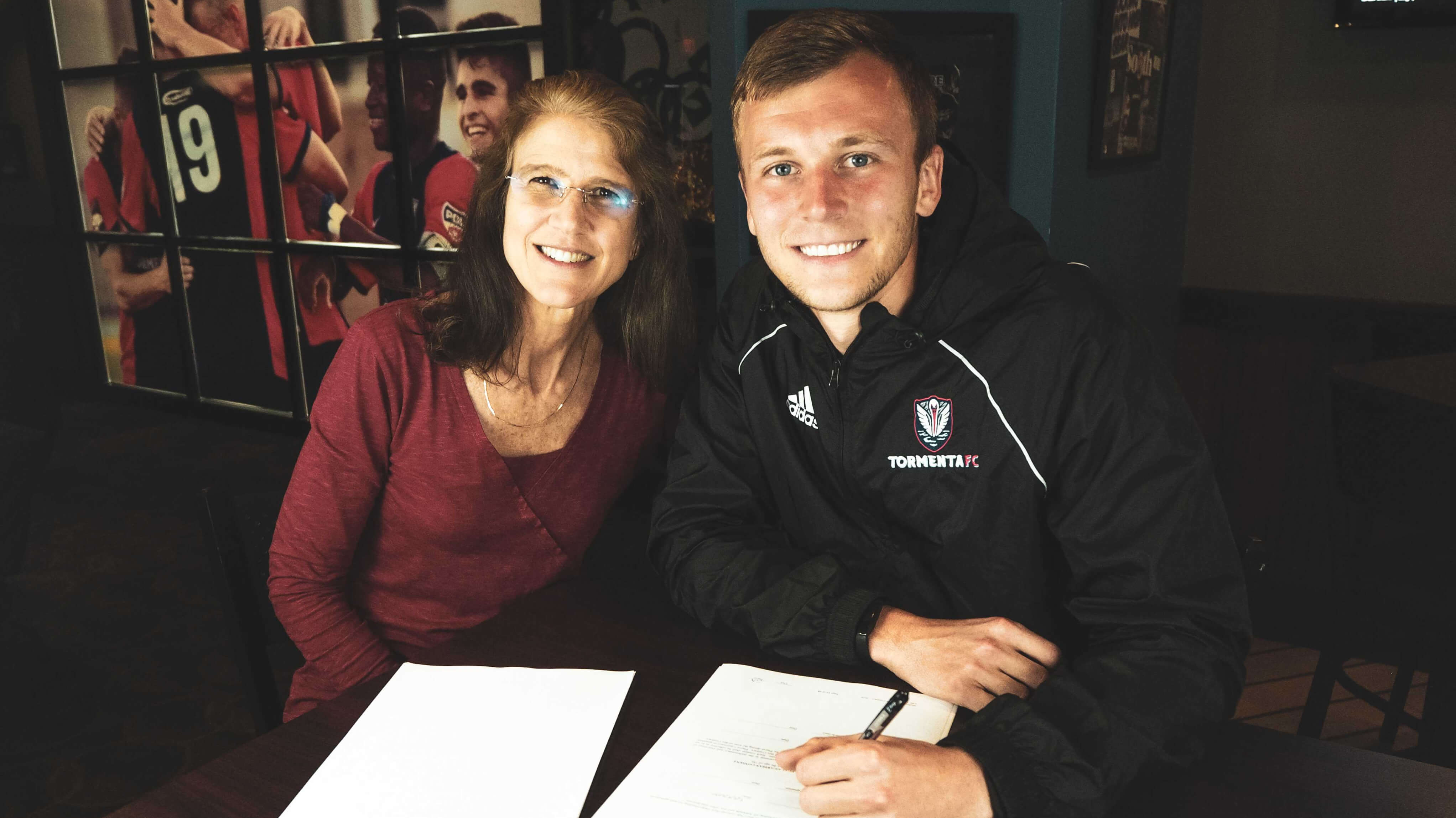 STATESBORO, Ga. – South Georgia Tormenta FC has signed former Southport FC defender Stefan Mueller to its 2020 USL League One roster, pending league and federation approval. He has started every match for Tormenta FC in the 2020 preseason campaign and impressed the coaching staff with his ability on the ball.

The 6-foot-2 left back comes with professional experience from Southport FC in England’s National League North. Mueller previously played at the amateur level for TB Uphusen in Germany.

“Stefan has shown himself to be a brilliant addition to our locker room and on the field,” Head Coach John Miglarese said. “His ability to defend and build attacks from the left back position is a very important addition to our team this season.”

Mueller graduated from Temple University in 2016 where he started in all 68 matches of his collegiate career. While in college, the defender played three seasons with the Long Island Rough Riders in USL League Two, followed by one season with the Pittsburgh Riverhounds U23.

"I’m incredibly excited and grateful to be part of Tormenta FC and can’t wait to get the season underway,” Mueller said. “Since the first day I arrived in Statesboro, I have been impressed with the quality of the owners, staff, and players and am looking forward to a successful year."

Tormenta FC kicks off its 2020 season at home in Erk Russell Park on Saturday, March 28, against defending USL League One champs North Texas SC. Fans can guarantee their presence at every game in Erk Russell Park by purchasing 2020 Season Ticket Memberships which are available at www.tormentafc.com/seasontickets.