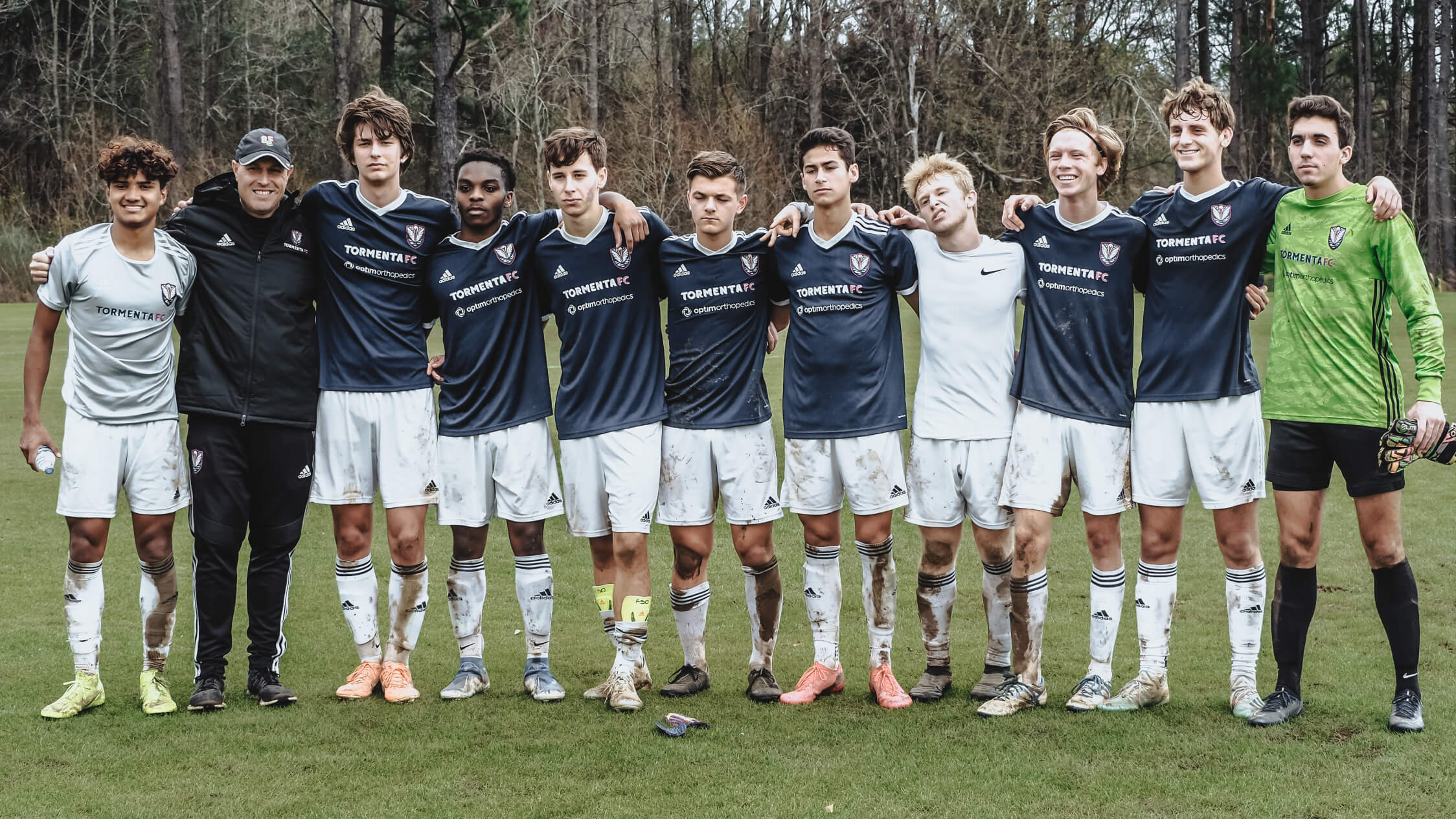 In recent years, four talented newcomers - Myron Carter, Ryan Fondelier, Paul Aguillon and Dennis Ramirez - joined Tormenta FC Academy in an effort to improve their skills and increase their chances of being noticed by coaches at the next level.

Now, all four are reaping the rewards and preparing to play collegiate soccer.

“We have worked extremely hard at Tormenta FC Academy to provide a pathway for college participation to all members graduating from our program,” TFC Academy Director of Operations Brad Nein told TormentaFC.com. “If you have the will, we can assist with showing you the way to continue participating at the next level. Participating at TFC Academy in high-level league play and college showcases for all of our U16 through U19 teams gives our players the advantage in finding future college success.”

The four talented players joined the ‘01/’02 Boys Magenta team and competed in the SCYSA Challenge League in the fall of 2019. In addition to competitive league play, the players also participated in college showcases during the season, giving them exclusive opportunities to be seen by numerous collegiate programs from all levels.

“Tormenta helped me progress to the next level by reaching out to college coaches and providing me with an opportunity to play in a showcase,” Ramirez told TormentaFC.com. “I learned so much by being around the top players here in the club."

“For the short time I’ve been with Tormenta FC, this club has shown me the most elite training I’ve ever had, physically and mentally,” Fondelier told TormentaFC.com. “I felt many times that our team was more a family than just a soccer team. Tormenta has prepared me to play at the collegiate level by boosting my skill level and showing me how to be a team player. I’m very thankful for all the coaches and players I was able to connect with over the years.” 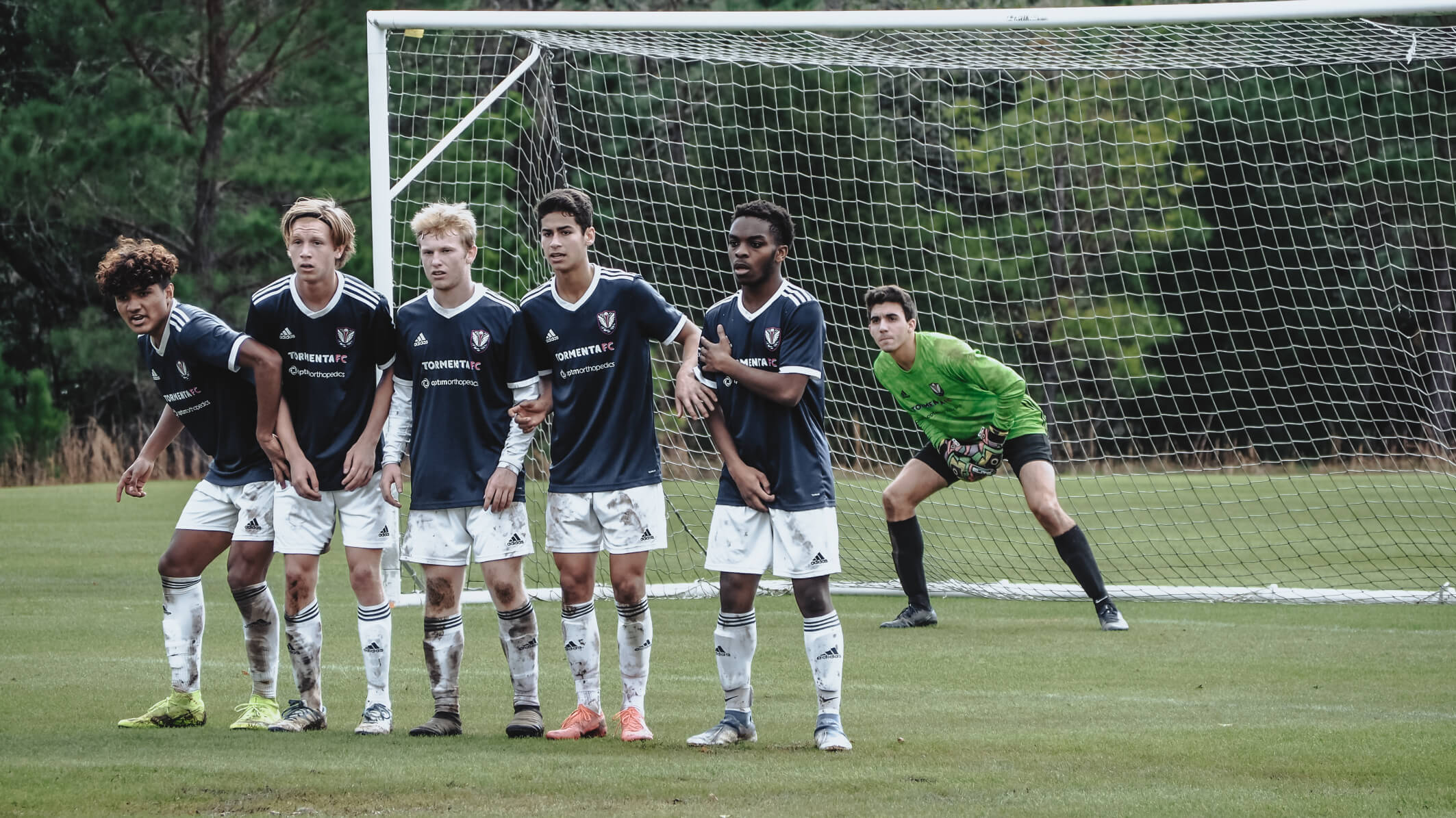 Under the tutelage of current TFC Academy Select Director, Misael Garzón, the Magenta program had significant success on the field last fall, with many players from those teams signing with college programs across Georgia, South Carolina, Florida and Tennessee.

Now, Garzón is focused on helping the next batch of talented players achieve their dreams.

"We're committed to ensuring that every player in our academy that has the potential to play at the collegiate level be given that chance to not just develop their skills through our academy, but have the tools necessary to be seen by collegiate coaches,” Garzón told TormentaFC.com. “Whether it was through the specific showcase events our teams participated in, our college symposium, and being able to help every player in reaching out to programs and giving them the resources to do so effectively, we strived to ensure players who have the desire and ability to play at the next level are able to do so through our academy, regardless of what team they may be on."

TFC Academy continues to prove its commitment to giving every player in the club an opportunity to develop their talents and a chance to showcase their ability to collegiate coaches and will continue to provide its players with countless opportunities to succeed across South Georgia and the Low Country of South Carolina.