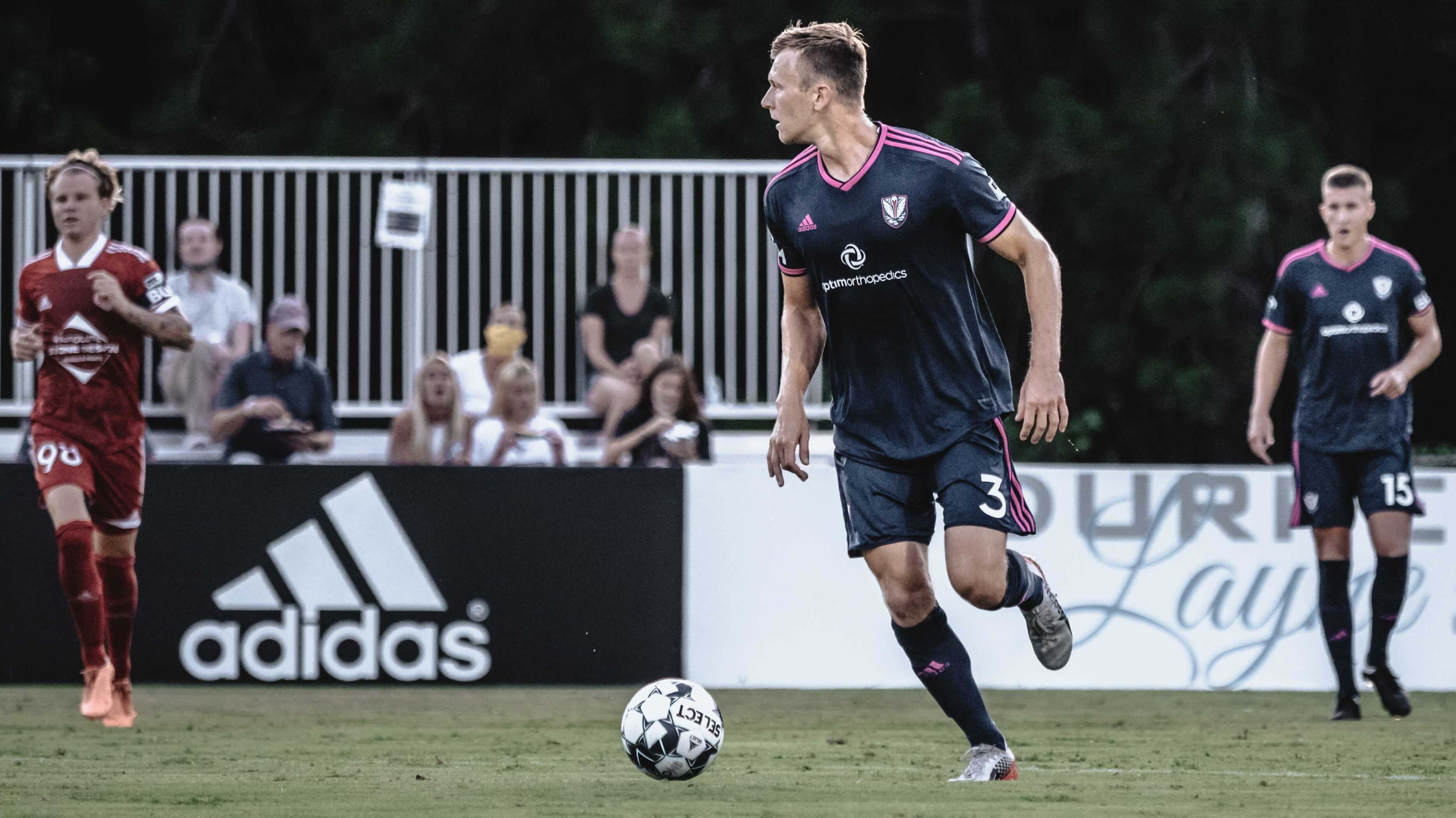 STATESBORO, Ga. - South Georgia Tormenta FC played its second match in four days tonight versus the Richmond Kickers, battling to a 0-0 draw. TFC goalkeeper Pablo Jara excelled tonight with several standout saves, while the back line stood strong in front of him to secure Tormenta FC’s first clean sheet of the 2020 USL League One regular season.

"The football we played tonight, the hunger, the execution, the desire, I'm so proud of my group," TFC Head Coach John Miglarese said. "On paper, we shouldn't have been able to pull out two ties against two very good teams over the past three days. To do what they just did tonight is incredibly hard, and that’s why I'm so proud of them."

After an outstanding performance, defender Stefan Mueller has been named Tormenta FC Man of the Match. Mueller is well-deserving as he completed 84 percent of his passes on the night, three clearances, six duels of eight won and three scoring chances created. Notably, Abuchi Obinwa played out of his normal midfield position tonight and also had an admirable performance on the back line with six clearances, one tackle and one interception.

“It wasn’t just the back four and the goalkeeper, today was an 11-man performance, including the subs who came off the bench,” Mueller said. “We did our job in the back, but that starts with the guys up top. Especially coming three days after the last game, the character we showed today was great.”

Tormenta FC now looks to secure its first victory of the regular season this Saturday, Aug. 4, as it hosts Orlando City B in Erk Russell Park at 8 p.m. ET. Fans wanting to attend the match in person should purchase tickets in advance to secure their seats as capacity will be limited due to government regulations surrounding the COVID-19 pandemic. While a limited number of student tickets are expected to be made available for walk-up purchase, walk-up tickets are not guaranteed for the 2020 season.

STEFAN MUELLER, Defender: The left back played a crucial role in helping the team secure its first clean sheet of the season and created three scoring chances throughout the match. On the defensive end, Mueller recorded three interceptions and one clearance and won six of his eight duels.