Jackson Earns Tormenta FC Goal of the Month for July

Marco Micaletto, vs. Chattanooga Red Wolves SC: The midfield maestro scored the club's first goal of the 2020 USL League One regular season. The play started in the midfield, where Pato Botello-Faz connected with Ricardo Gomez, who then played an exceptional through ball into space behind the defense. Micaletto gathered the ball on the right wing before cutting back towards the center of the box and placing a left-footed shot into the goal.

Daniel Jackson, vs. Chattanooga Red Wolves SC: With minutes remaining after going down 1-2, Jackson proved to be the hero for Tormenta FC on July 25. Jackson, who thrived on the back line for a majority of the match, found himself pushed up into the attack with the team needing a late goal. The play started out wide, with Stefan Mueller sending a cross into the feet of Nil Vinyals, who then played a short pass behind the Chattanooga back line to Mikie Rowe. The Irishman then played a pass across the goalmouth, where Jackson stood waiting to finish the play. 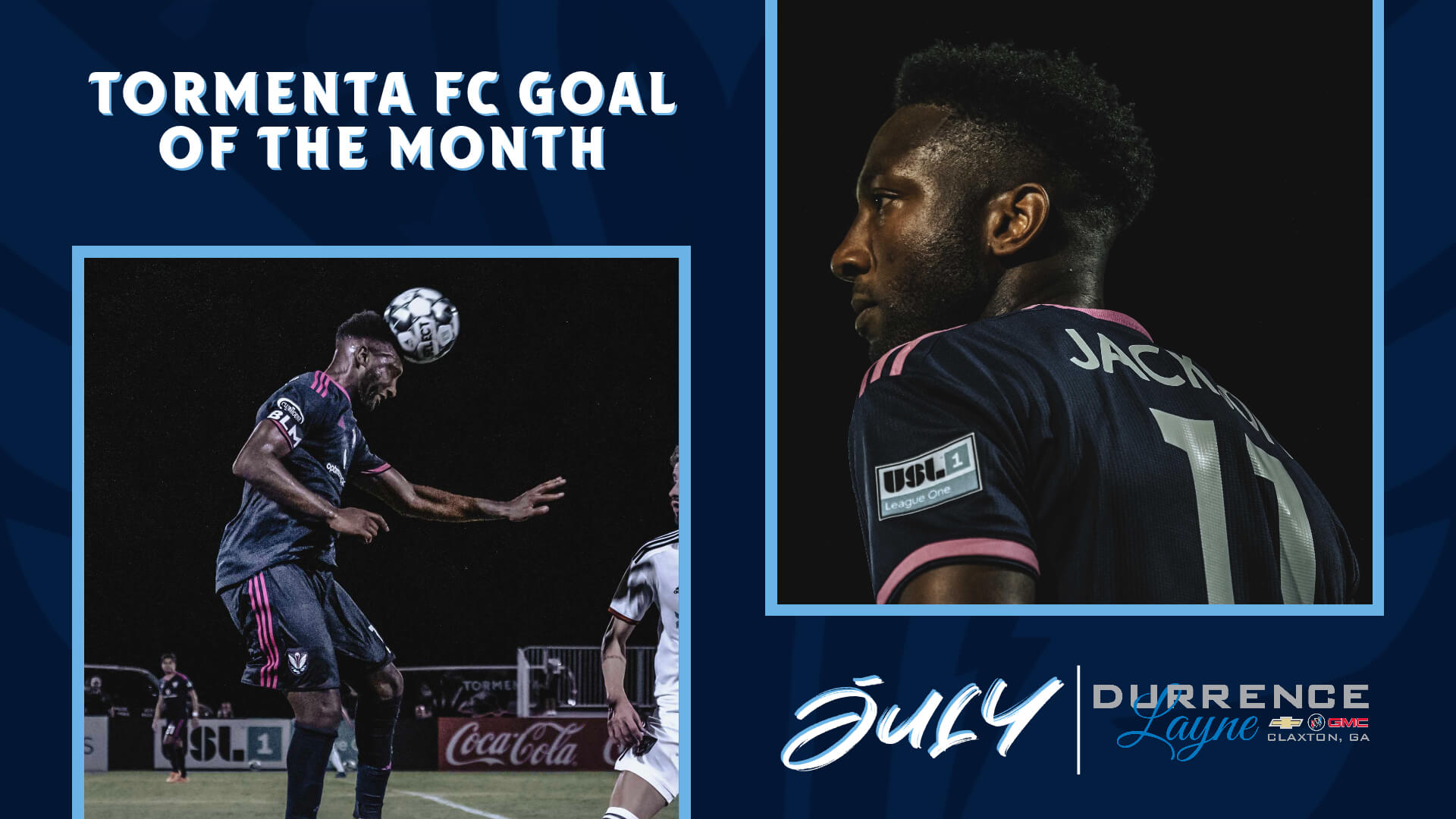