STATESBORO, Ga. – With four incredible saves up for nomination, Pablo Jara's reaction stop against the Richmond Kickers on July 28 has been voted the South Georgia Tormenta FC Save of the Month for July.

SAVE OF THE MONTH NOMINEES:

Save #1 vs. Chattanooga Red Wolves SC: Jara showed off his strong hands with his first save of the 2020 USL League One regular season, punching the ball clear following a hard shot from just inside the penalty box.

Save #2 vs. Chattanooga Red Wolves SC: In a one-v-one situation, Jara came off his line a few feet before making an acrobatic save with his hands.

Save #1 vs. Richmond Kickers: While Jara is known for his reflex reactions, he showed off his mobility making this save, moving quickly from one post to the next before collecting the ball from close range.

Save #2 vs. Richmond Kickers: Richmond's best attack of the match left Jara little time to react, but he stood strong and tall on the goal line to make a reflex save and deny the Kickers a goal. 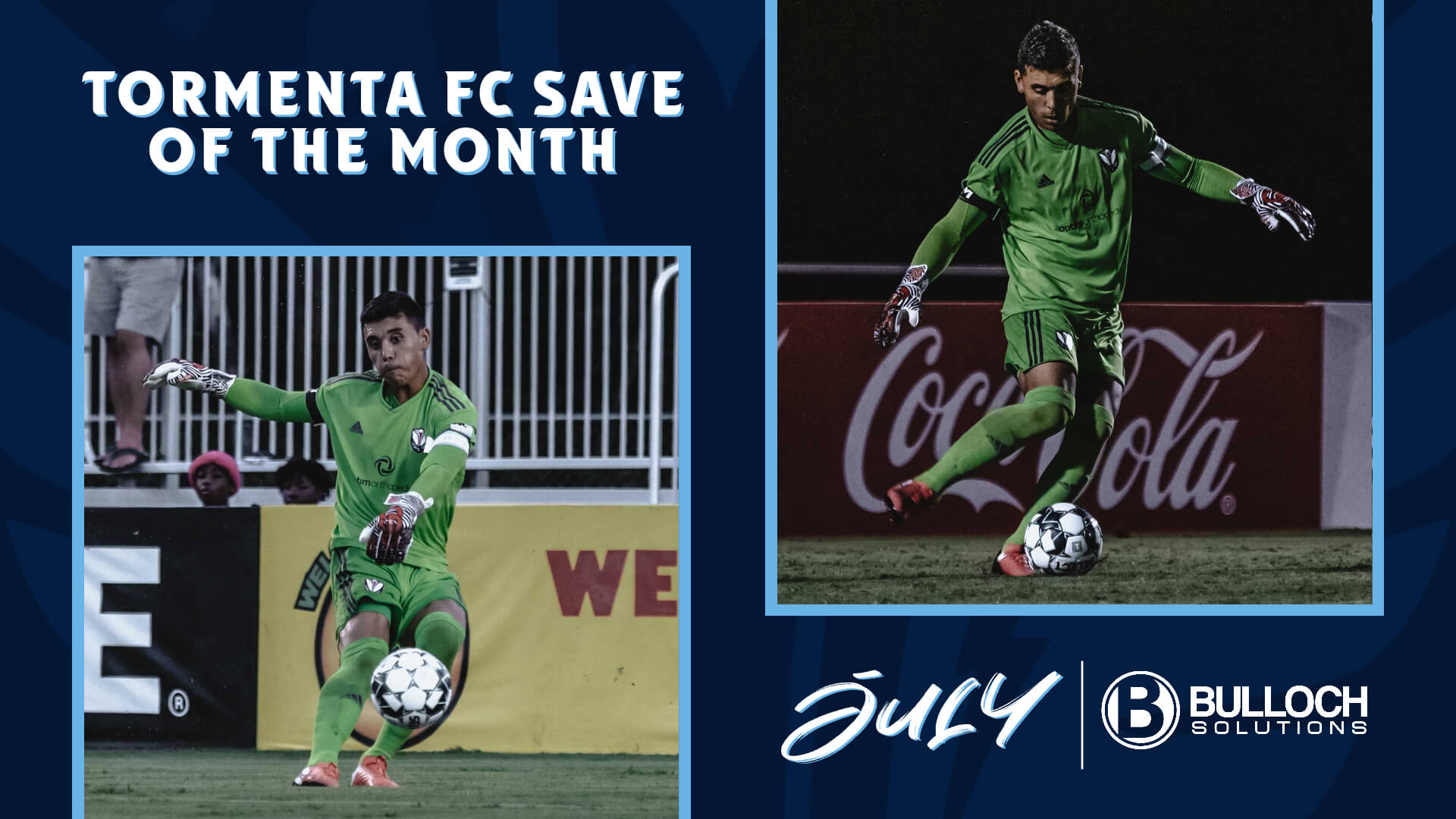