VOTE: Decide the Tormenta FC Player of the Month for July

STATESBORO, Ga. – South Georgia Tormenta FC has revealed the four nominees for the Tormenta FC Player of the Month award for July, and the community will decide the winner. Marco Micaletto, Jordan Skelton, Pablo Jara and Stefan Mueller are on the ballot after strong performances throughout the team's first month of USL League One action.

Voting for the Tormenta FC Player of the Month award will run through Monday, Aug. 3, at 11:59 p.m. ET, with voting permitted once per day. The winner will be determined via a weighted vote from the following three voting bodies:

Voting results will be announced on Tuesday, Aug. 4. 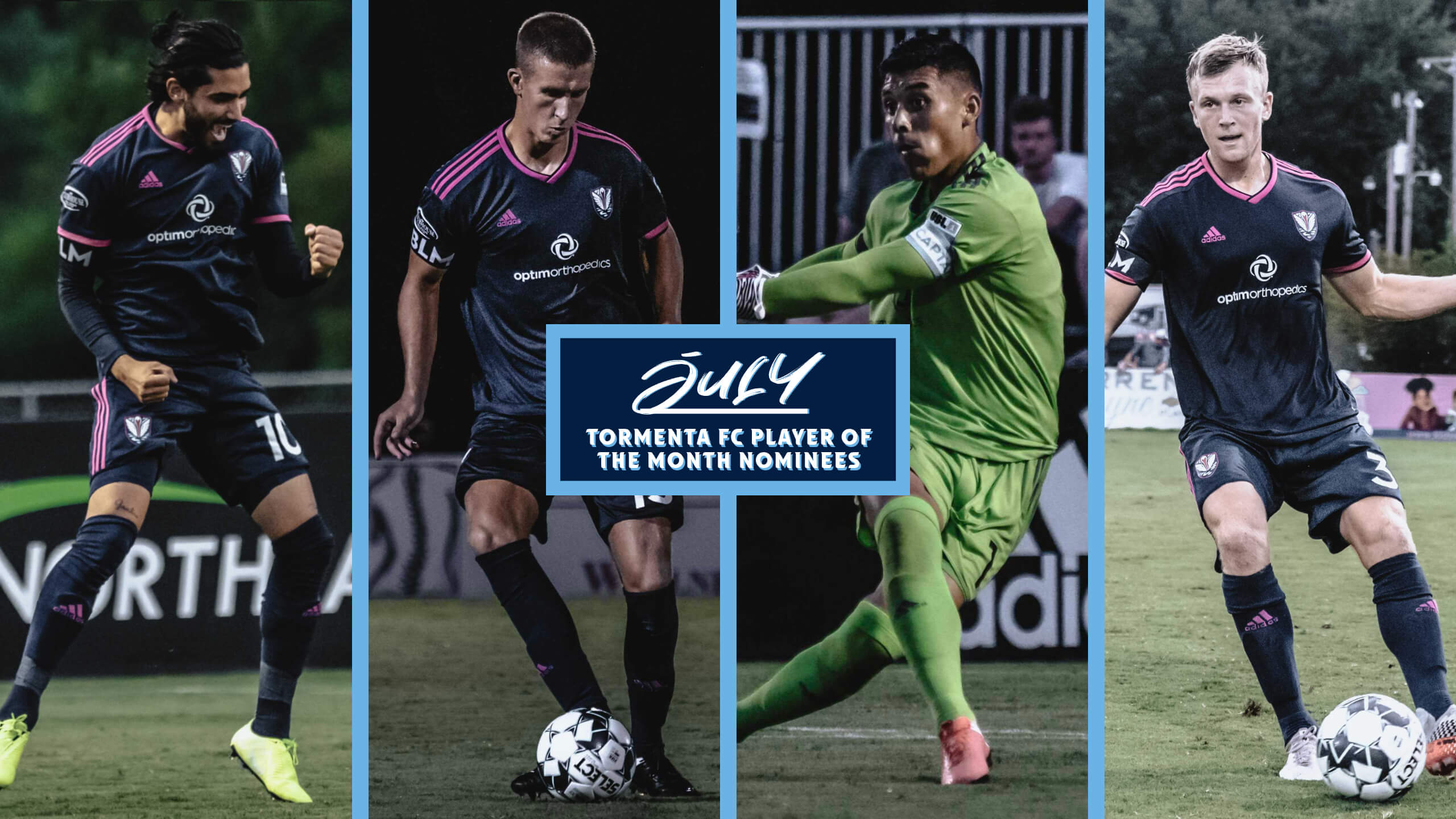 Player of the Month Nominees:

Marco Micaletto, Midfielder: Micaletto proved to be the club's most dangerous attacking player in the month of July, scoring the team's first goal of the USL League One regular season and creating a team-high and league-high eight scoring chances during the month.

Jordan Skelton, Defender: After an impressive season with Tormenta FC 2 in USL League Two last year, the Englishman stepped into the starting lineup for the first two games of the season and performed admirably. In addition to completing 81.5 percent of his passes for the month, Skelton gave attackers problems in each match, winning eight of his 10 aerial duels while also recording 11 clearances, two tackles, one block and one interception.

Pablo Jara, Goalkeeper: The Chilean netminder continues to show why he's one of the best across the league, making four important saves while also recording once clearance and one clean sheet.

Stefan Mueller, Defender: One of the new faces to Tormenta FC this season, Mueller shined bright in the team's first two matches. In addition to completing 83.3 percent of his passes and creating three scoring chances, Mueller was a rock in defense, recording seven clearances, three blocks and one interception.