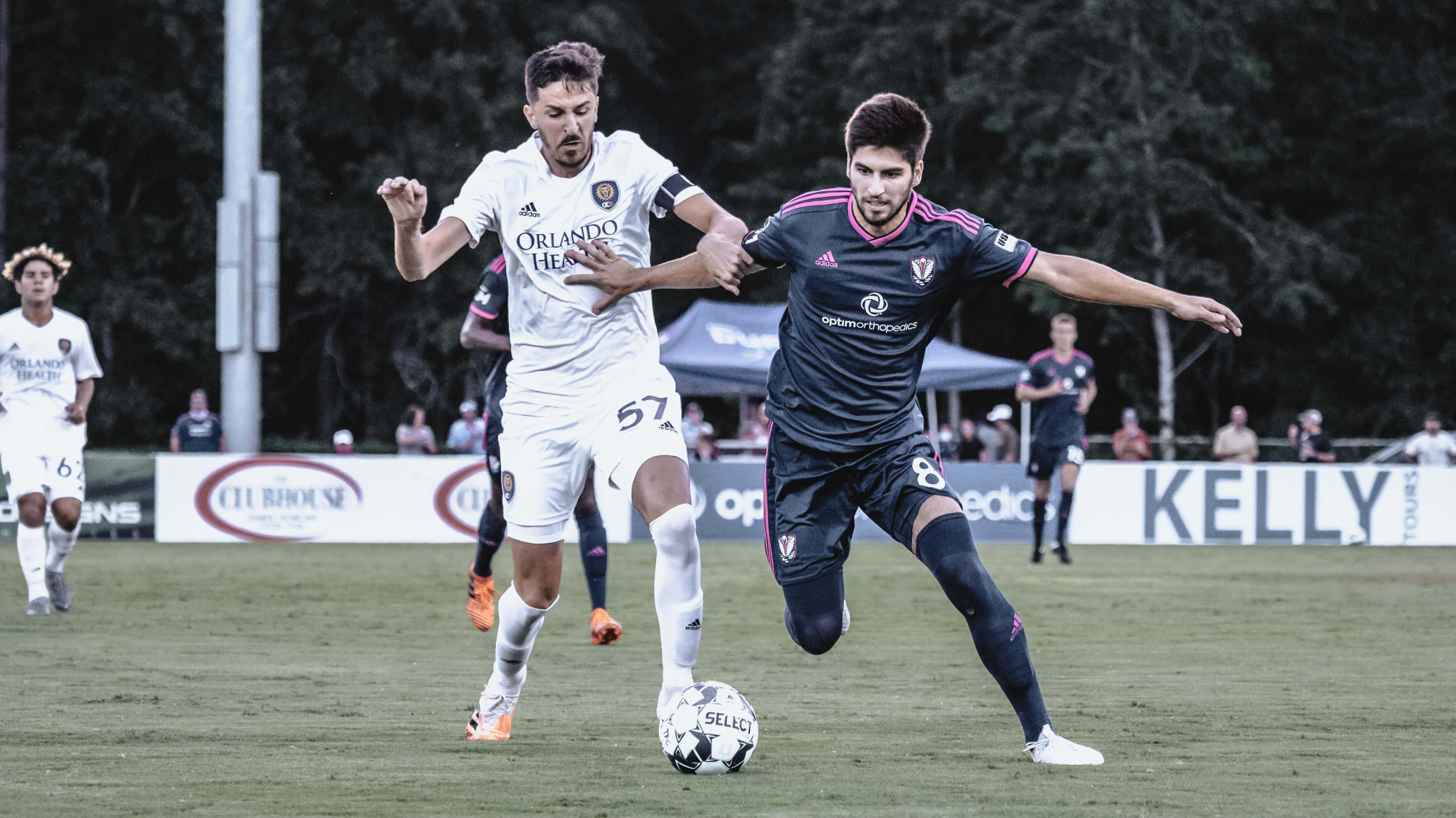 STATESBORO, Ga. - After back-to-back strong performances, South Georgia Tormenta FC finally broke through and secured all three points tonight, dominating Orlando City B in a 2-0 win. Nil Vinyals stole the show at Erk Russell Park, scoring a brace to help Tormenta FC secure its first win of the 2020 USL League One regular season and push them into second place in the standings after Week 3 of action.

Building off its previous matches, the home side showed off its strong attack throughout the 90 minutes of action, notching 24 total shots while also holding more than 61 percent possession.

"Tonight was a relief," TFC Head Coach Miglarese said. "We were disappointed to only get two points in the first two games, but I think the guys were clearly the better team tonight, and we deserved the result. We expect a win and a clean sheet at home, so tonight was a good performance."

Tonight’s Man of the Match, Vinyals, nearly played a perfect match, scoring two incredible goals while completing 93.3 percent of his passes to lead the team to victory. He also contributed on the defensive end, winning six of his eight duels and recording two tackles and one interception.

"It feels great," Vinyals said. "We faced a lot of adversity in the first two games, having a tight schedule, having only three subs, and now, we're finally getting into a rhythm to find the goals and find the possession. I'm very happy.

"Tonight's game was a great team performance, and it's only going to get better."

Tormenta FC hits the road for the first time this Wednesday, Aug. 5, to face 2019 League One finalist, Greenville Triumph SC, at Early Legacy College. Fans can watch every game of the 2020 League One season from the comfort of your own home via ESPN+ domestically and YouTube internationally. For fans that do not have access to the ESPN family of networks, we teamed up with a number of Watch Party Partners across South Georgia and the Lowcountry of South Carolina, where you can cheer on Tormenta FC.

NIL VINYALS, Midfielder: The Spanish magician nearly played a perfect match, scoring two incredible goals while completing 93.3 percent of his passes to lead the team to victory. He also contributed on the defensive end, winning six of his eight duels and recording two tackles and one interception.