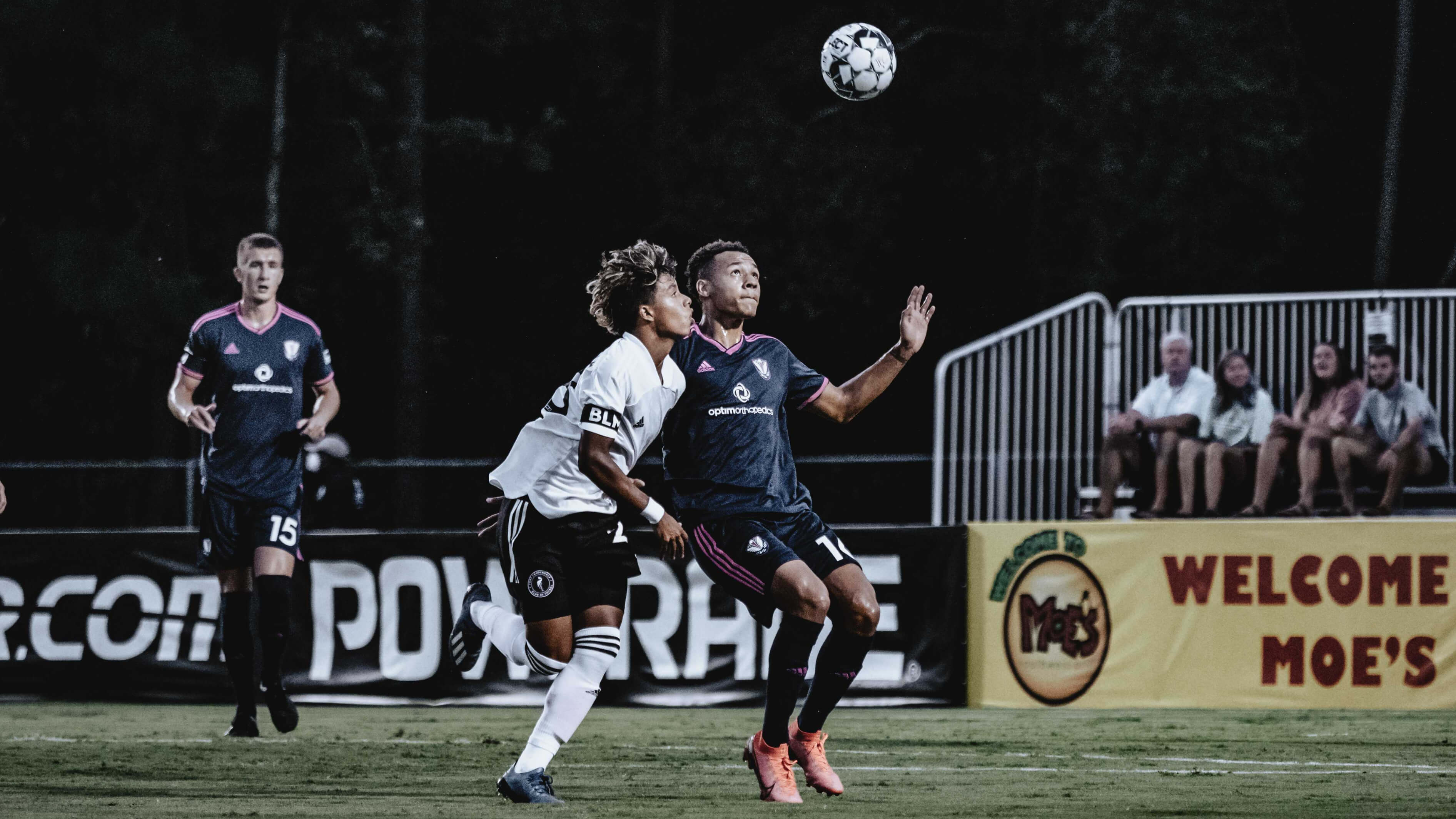 After an end-to-end match with multiple attempts on goal for Tormenta FC, Mikie Rowe finally found the breakthrough, scoring his first goal of the 2020 USL League One regular season in the 93rd minute. With that tally, Rowe has now scored a goal representing Tormenta FC four consecutive years.

"It means a lot," Mikie Rowe said when asked about scoring every season he’s been with Tormenta FC. "I love playing here and being here for four seasons and scoring in all four. I really want to do well for this club and try to take us back up the table, that’s my goal."

Tired legs and a limited roster got the best of Tormenta FC tonight, though, as Fort Lauderdale came into tonight’s match on two weeks' rest.

"Of course we’re very disappointed to lose at home," TFC Head Coach John Miglarese. "The reality is that we came out very flat and leggy in the first half. I think you can see how the compressed schedule, this being our fifth game in the last two weeks with a limited roster, all caught up with us in the first half, and we struggled to get going. We came out in the second half much improved and created plenty of chances. I’m glad we got it to 2-1, but we just ran out of time, so we have to come up better."

After going down just before halftime, Nil Vinyals almost tied up the match with a close shot to the top right corner in first-half stoppage time, but it was denied by Fort Lauderdale’s keeper. Tormenta FC picked up the pace in the second half and notched 12 shots total with several big chances from Daniel Jackson and Marco Micaletto. However, the team went down 0-2 in the 76th minute from a half-field strike by Ricky Lopez-Espin.

Tonight’s Man of the Match, Rowe, came into the match in the 68th minute, and gave it his all, managing to score in the last minutes of the game.

After a well-needed break this week, Tormenta FC will travel to battle another bird opponent, Forward Madison FC, on Friday, Aug. 14. The match is set to kick off at 7 p.m. CT. at Hart Park in Wauwatosa, WI. Fans can watch every game of the 2020 League One season from the comfort of your own home via ESPN+ domestically and YouTube internationally. For fans that do not have access to the ESPN family of networks, Tormenta FC has teamed up with a number of Watch Party Partners across South Georgia and the Lowcountry of South Carolina.

MIKIE ROWE, Forward: Coming off the bench in the 68th minute, the Irishman scored his first goal of the 2020 season to spark a potential comeback.