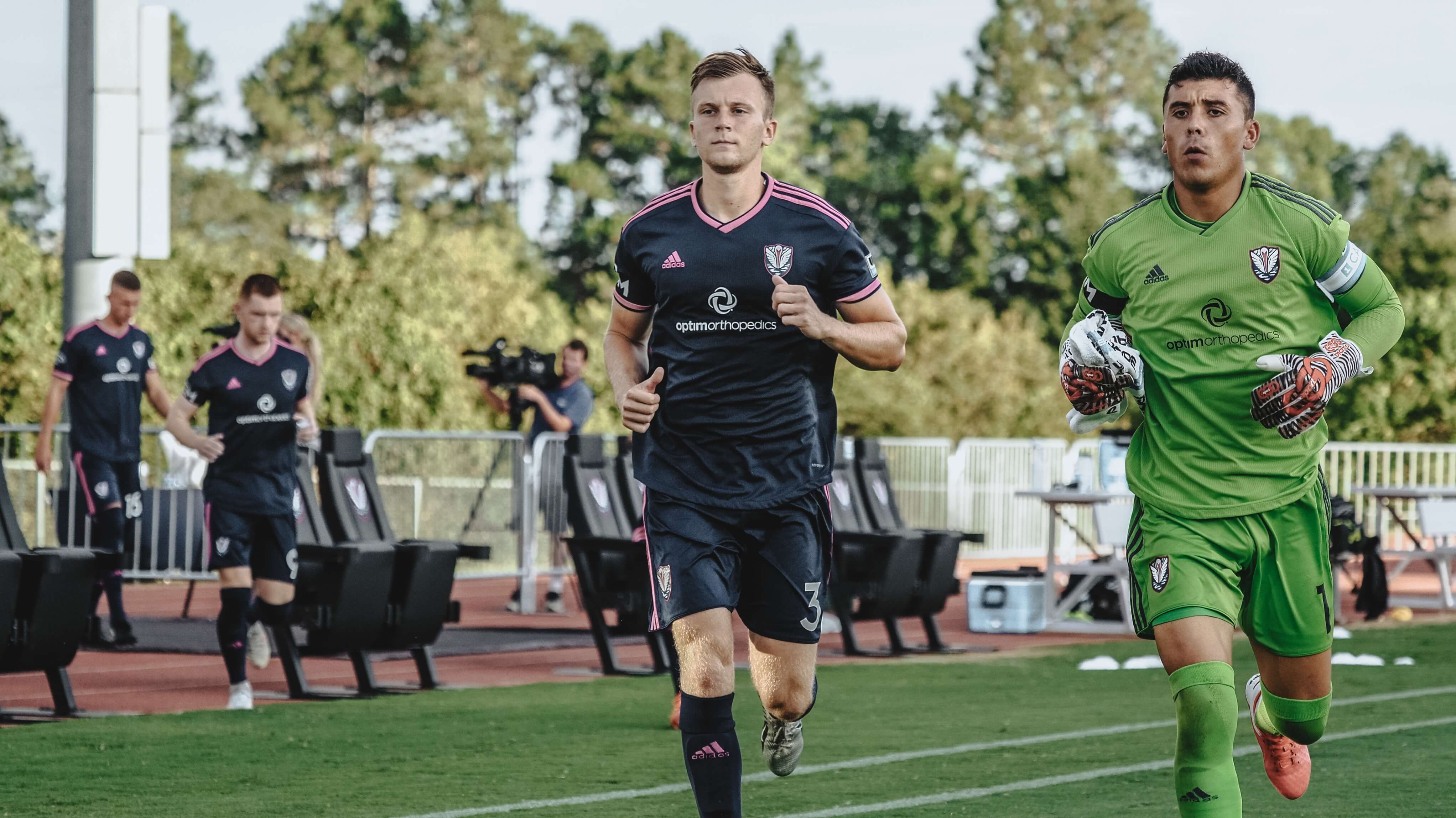 STATESBORO, Ga. - South Georgia Tormenta FC and Greenville Triumph SC will battle tomorrow night in Erk Russell Park for the second leg of their 2020 series. Greenville got the upper hand on Aug. 5 in their home stadium, winning the match 1-0. Tormenta FC’s draw versus Orlando City B last week brought them to fourth in the USL League One standings, but a home win tomorrow is essential to keep the squad in the running for the 2020 League One Final.

“Greenville’s always a blood bath between the two of us, and it's almost always a one-goal game,” TFC Head Coach John Miglarese said. “Last time we played them at home, we beat them 3-1, and it was a decisive win for our last game of 2019. I think both teams are different this year, and I think we can take some pieces from our first game against them. It will be a matter of just the little details because there's not a whole lot that separates our two teams.”

The last time Tormenta FC met Greenville in Erk Russell Park, the club dominated the visitors 3-1 in its 2019 season finale. Returner Jad Arslan scored a brace the match, his first two professional goals. When the two sides met for the first time this season on the road, Greenville came out on top with a 1-0 win, despite Tormenta FC’s big chances from Luca Mayr, Mikie Rowe and Rhys Williams.

“We’ve been working on a lot this week to hopefully do a better job in the upcoming games,” TFC midfielder Marco Micaletto said. “We do a good job of creating chances, we’re just not taking the easy ones.”

Micaletto continues to lead USL League One in scoring chances created with 21, and the midfielder looks to help the team finish more of these opportunities tomorrow night. Tormenta FC and Greenville are also tied for first in USL League One in shots with 96 through eight games played.

“I want to be a bit more concrete in taking my opportunities, and there were a couple of chances where I had to have done better,” Micaletto said. “And again, just making it easier for their lives in front of goal and hopefully creating a few more tap-ins.”

FROM THE COACH AND PLAYERS: