STATESBORO, Ga. – Defender Stefan Mueller has been named the South Georgia Tormenta FC Player of the Month for August following exceptional performances on the defensive and offensive ends of the field in the team's six USL League One regular season matches.

The left back has continued to impress after earning the Tormenta FC Player of the Month award for July. In addition to recording 12 clearances, 10 interceptions and one blocked shot on the defensive end, Mueller created 10 scoring chances - second most on the team - throughout the month and one assist. 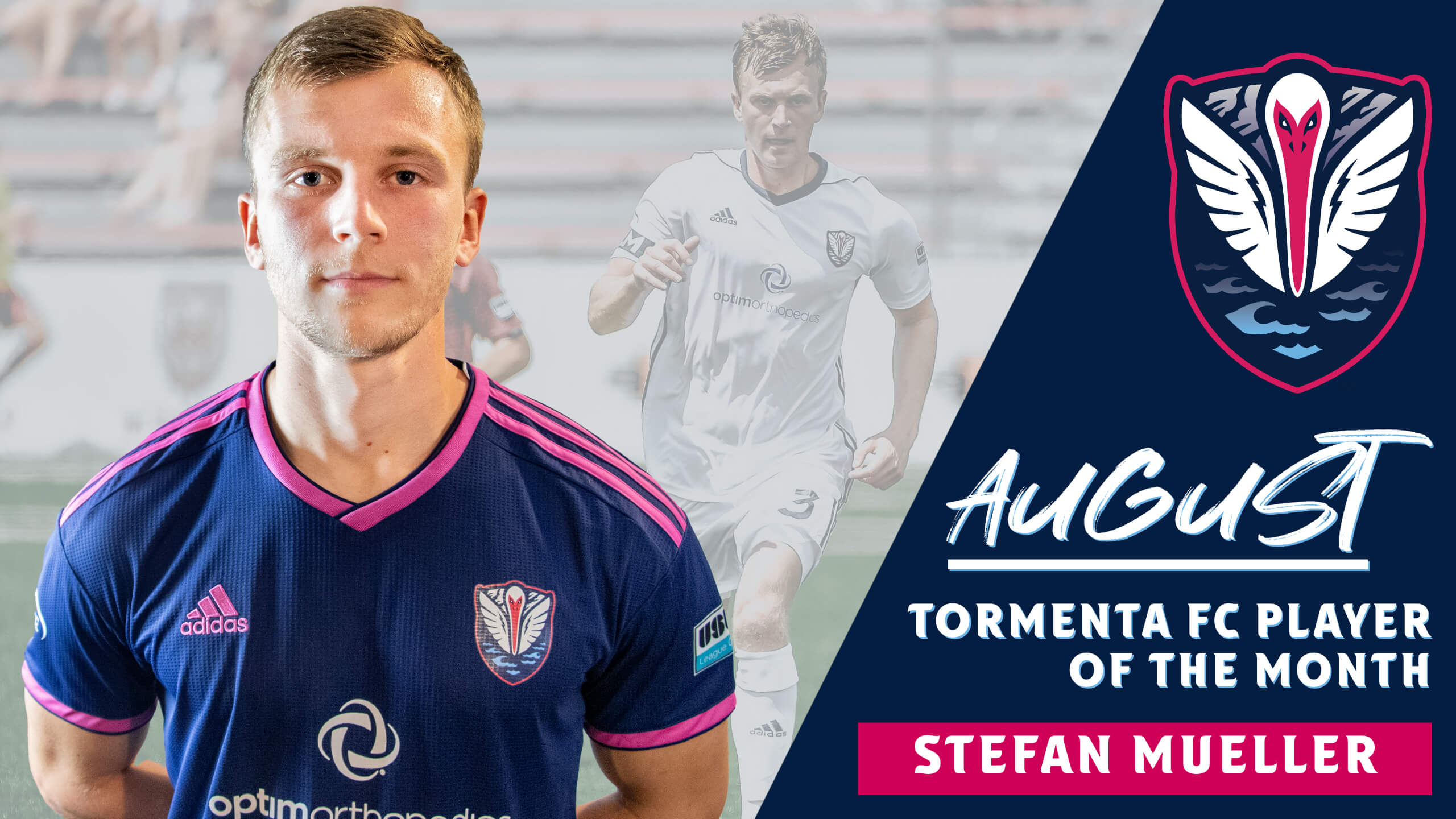