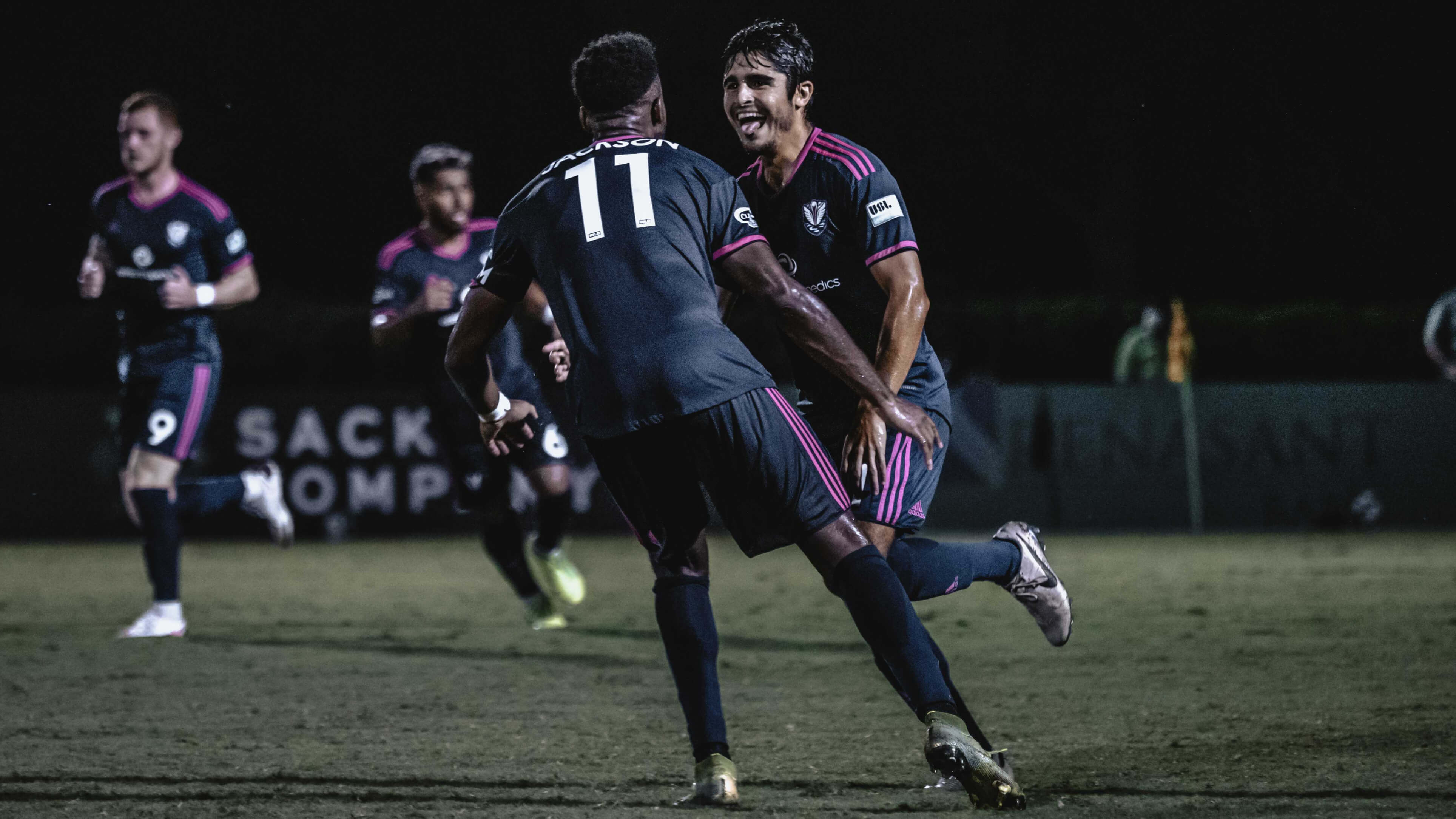 STATESBORO, Ga. - South Georgia Tormenta FC and Greenville Triumph SC battled for all 90 minutes tonight, and the away side ultimately came out on top, as Tormenta FC fell 1-2 in Erk Russell Park despite a late match goal for the home side.

“We can make excuses, we were missing some players, but for that fifteen minute spell we have to hold ourselves accountable,” TFC Head Coach John Miglarese said. “We could've played better, and I think that’s where the game was lost tonight. But I'm proud of how we were able to make it a really tight game at the end.”

Even with several big opportunities from Devyn Jambga, as well as Luca Mayr, Tormenta FC was scoreless for much of the match, but substitute Jad Arslan broke through and put Tormenta FC on the scoreboard in the 78th minute.

Arslan was named Man of the Match for his immediate impact after coming on in the 69th minute, scoring his first goal of the season and stealing Greenville’s clean sheet. Arslan has played for Tormenta FC all five years of its existence and has now scored in all five of his seasons with TFC.

“This club is home and it means alot to me,” Arslan said. “These guys took me in ever since I can remember, and it's been my home ever since. I’m just glad to make an impact every year I’ve been here.”

Mikie Rowe and Luca Mayr tried their best to tie up the match with several close shots in the end, but Tormenta FC finished the night down a goal.

Tormenta FC returns to Erk Russell Park on Friday, Sept. 11 to face the undefeated Union Omaha for the first time this season. The club advises fans to purchase tickets early as space will be limited due to COVID-19. The club will honor all first responders and healthcare workers on Sept. 11 by providing them with free General Admission tickets to the match. Additionally, a portion of each ticket will go to the Bulloch County Parks and Recreation.

JAD ARSLAN, Midfielder: The talented midfielder provided a spark for the club off the bench, scoring the team's only goal of the evening and helping the team create chances working down the left wing.