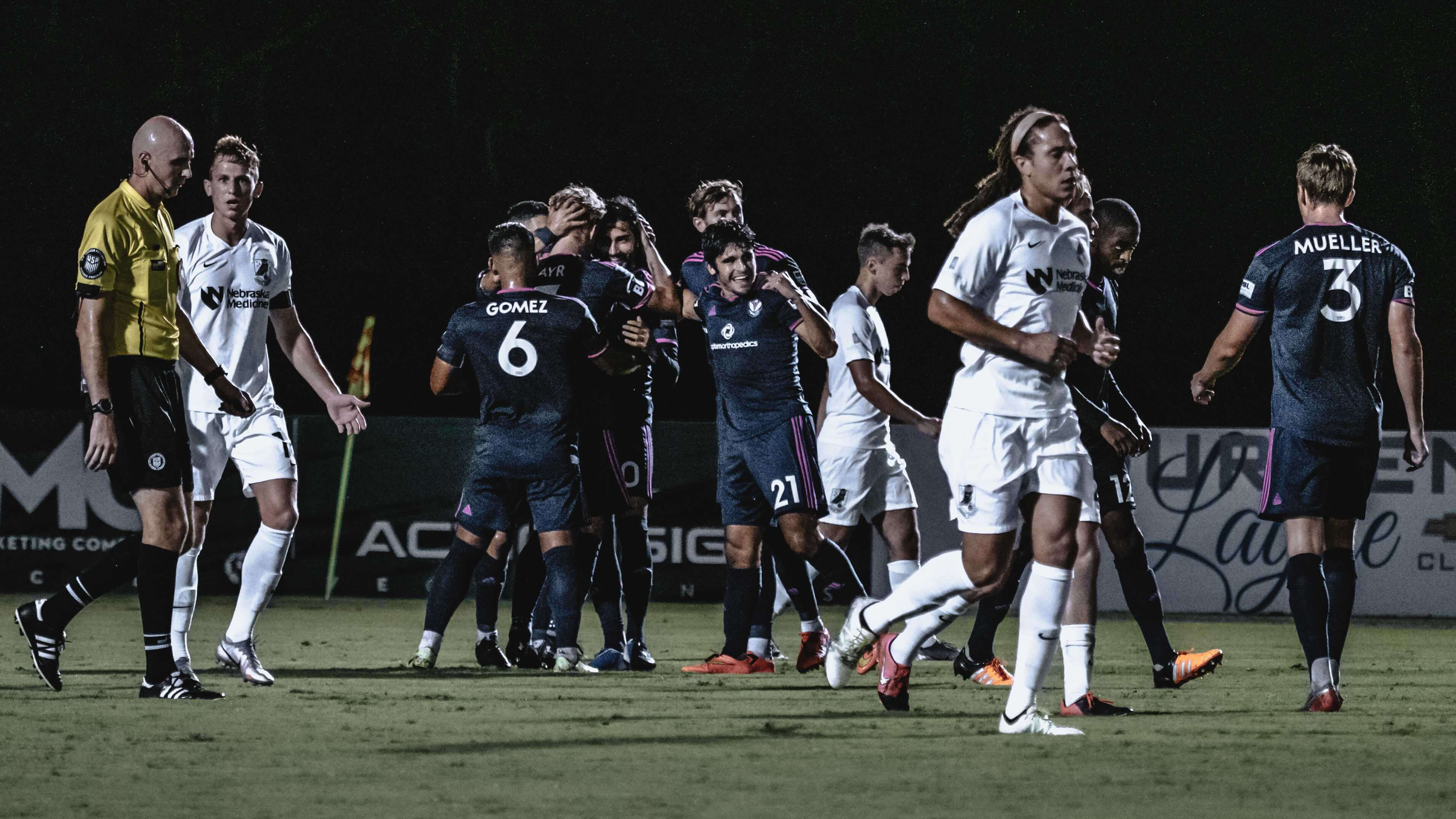 STATESBORO, Ga. - South Georgia Tormenta FC started tonight’s match off strong versus the undefeated Union Omaha, going into halftime with a 2-0 advantage, the team’s biggest halftime lead yet this season. Unfortunately, Union Omaha evened up the match 2-2 in the last 20 minutes, and both teams took home one point.

“We’re frustrated that we tied, especially being 2-0 up at home at halftime,” TFC Head Coach John Miglarese said. “We didn't do a good enough job of closing the game out. I think Omaha really disrupted how we wanted to play, even though we were up two-nil, which I thought we earned quite well. We never really got into a rhythm with possession, and it’s unfortunate that we gave away two goals in the second half. We gotta learn from that and control the game and be a little more sound defensively, and with that, I think we could've gotten three points tonight.”

Marco Micaletto broke through Omaha’s back line in the 11th minute, sending the ball into space to Austrian forward Luca Mayr, who cleanly finished the play and scored an early goal to put Tormenta FC ahead, earning himself the Man of the Match title.

“We knew how Omaha was trying to play, and we knew that they were going to put one of the sixes [defensive midfielders] through the wide area, so that was our trigger to press,” TFC midfielder Luca Mayr said. “Marco picked up the ball, and Lucas and I went forward to win the ball, and we’re lucky it worked out the way it did.”

In the 23rd minute, Jad Arslan charged into Union Omaha’s box and shot at the keeper, who mishandled the ball and increased Tormenta FC’s lead with an own goal.

Union Omaha got on the scoreboard, though, in the 70th minute with a goal by Elma Nfor, before Ferrety Sousa tied up the match in the 81st.

Tormenta FC now embarks on a two-match road stretch against Fort Lauderdale CF on Saturday, Sept. 19 followed by Union Omaha again on Saturday, Oct. 3. Fans can watch every game of the 2020 League One season from the comfort of your own home via ESPN+ domestically and YouTube internationally. For fans that do not have access to the ESPN family of networks, Tormenta FC has teamed up with a number of Watch Party Partners across South Georgia and the Lowcountry of South Carolina, where fans can cheer on the club.

LUCA MAYR, Forward: The Austrian scored the game's first goal and was a constant menace for the Omaha back line throughout the 90 minutes of action.