VOTE: Decide the Tormenta FC Player of the Month for September

STATESBORO, Ga. – South Georgia Tormenta FC has revealed the four nominees for the Tormenta FC Player of the Month award for September, and the community will decide the winner. Luca Mayr, Curtis Thorn, Pablo Jara and Marco Micaletto are on the ballot after exceptional performances throughout the team's third month of USL League One action.

Voting for the Tormenta FC Player of the Month award will run through Monday, Oct. 5, at 11:59 p.m. ET, with voting permitted once per day. The winner will be determined via a weighted vote from the following three voting bodies:

Voting results will be announced on Monday, Oct. 5. 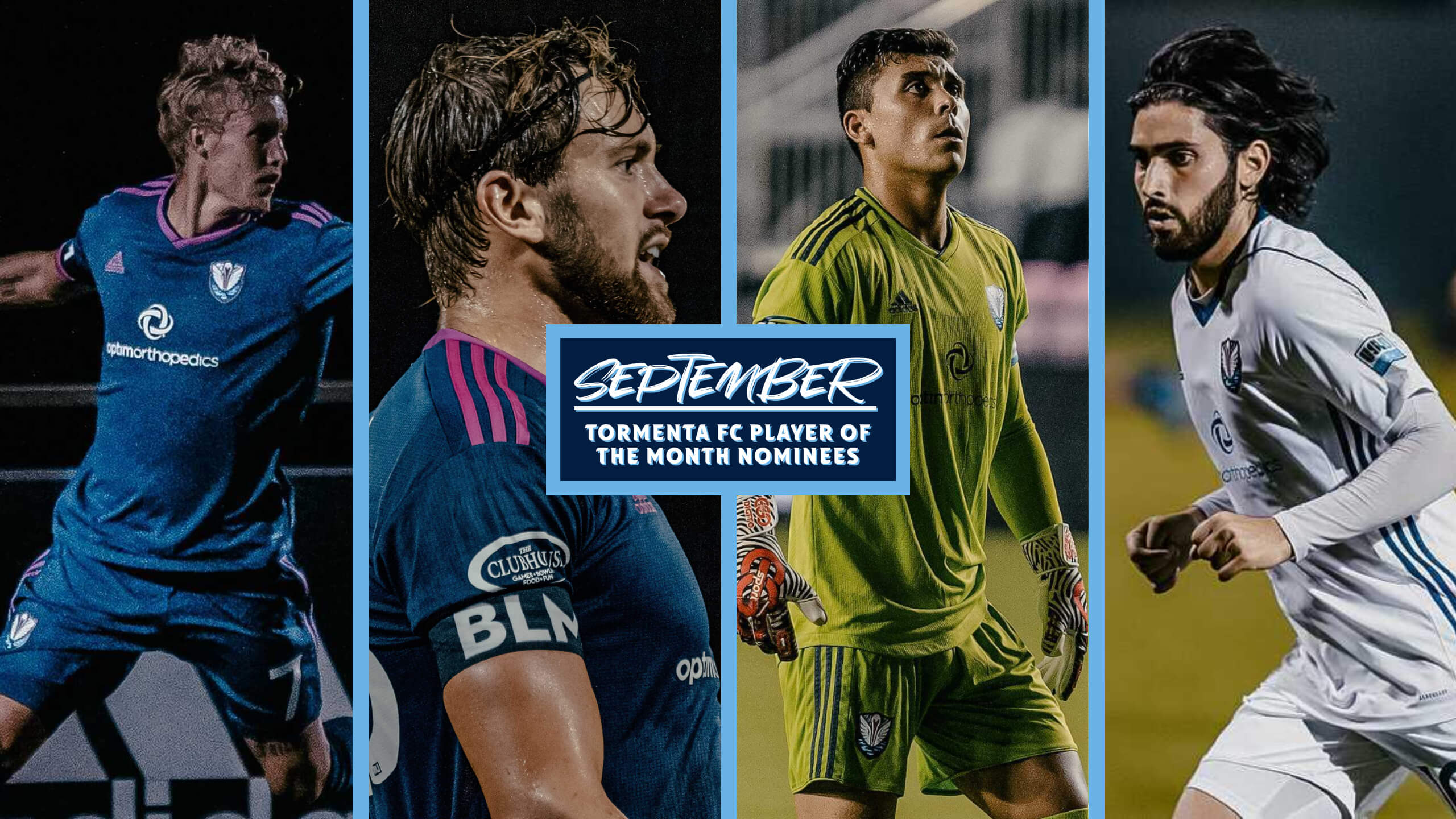 PLAYER OF THE MONTH NOMINEES:

Curtis Thorn, Defender: The English fullback has burst onto the scene since signing for the club. In two appearances for Tormenta FC in September, Thorn recorded one goal, one assist and two scoring chances created. On the defensive end, he recorded eight clearances, five tackles and two interceptions.

Pablo Jara, Goalkeeper: The Chilean netminder has now been nominated for the TFC Player of the Month award for a third consecutive month, proving his importance club. In three matches, Jara recorded 16 saves, four clearance and one punch.

Marco Micaletto, Midfielder: Micaletto joins Jara as the only two players to be nominated for the TFC Player of the Month award three consecutive months. He recorded seven scoring chances and provided two assists throughout the month. On the defensive end, he recorded six tackles, two interceptions and one blocked shot.