After collecting the ball in the offensive third, the midfielder hit a right-footed rocket on target

STATESBORO, Ga. – Jad Arslan's long-distance blast against Greenville Triumph SC on Sept. 4 has been voted the South Georgia Tormenta FC Goal of the Month for September. After collecting the ball in the offensive third, the midfielder hit a right-footed rocket on target.

Jad Arslan, vs. Greenville Triumph SC: Needing a goal late in the match, the Tormenta FC veteran collected the ball on the left wing and cut inside before hitting a powerful strike past the Greenville goalkeeper.

Luca Mayr, vs. Union Omaha: The high press from Tormenta FC's attack forced Omaha into an error, which led to Marco Micaletto collecting the ball and playing Mayr into space. The Austrian forward hit the ball first-time into the goal.

Curtis Thorn, at Fort Lauderdale CF: Following a corner kick clearance, Marco Micaletto collected the ball on the right wing and crossed the ball into the box. Sitting at the back post, Thorn tapped in the pass for his first professional goal.

Luca Mayr, at Fort Lauderdale CF: After scoring a goal earlier in the match, Thorn sent an inch-perfect cross into the box to meet Mayr's perfectly-timed run in front of goal. 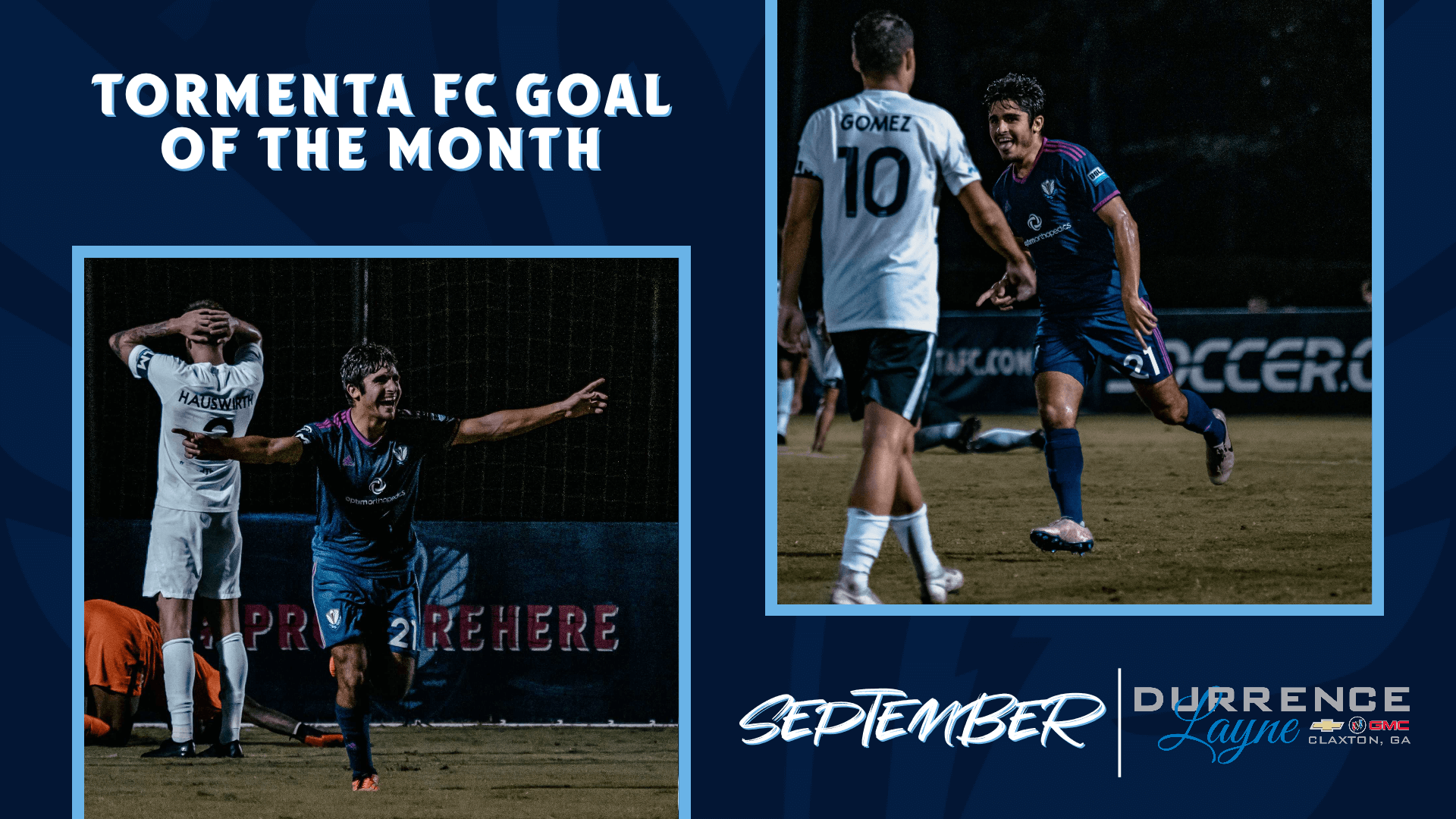