Thorn Named Tormenta FC Player of the Month for September

Defender scored one, assisted one in first month as pro

STATESBORO, Ga. – Defender Curtis Thorn has been named the South Georgia Tormenta FC Player of the Month for September following exceptional performances in his first appearances as a professional in the 2020 USL League One regular season.

Thorn, who joined Tormenta FC's League One roster on Aug. 27, shined bright in his first pro minutes donning the blue and magenta, recording one goal, one assist and two scoring chances created. On the defensive end, he recorded eight clearances, five tackles and two interceptions.

The defender earned 45.2% of the total vote, edging out goalkeeper Pablo Jara, who earned 34.4%. Forward Luca Mayr collected 16.2% of the vote, while midfielder Marco Micaletto ended up with 4.2% of the total. The winner was determined via a weighted average from the following three voting bodies: 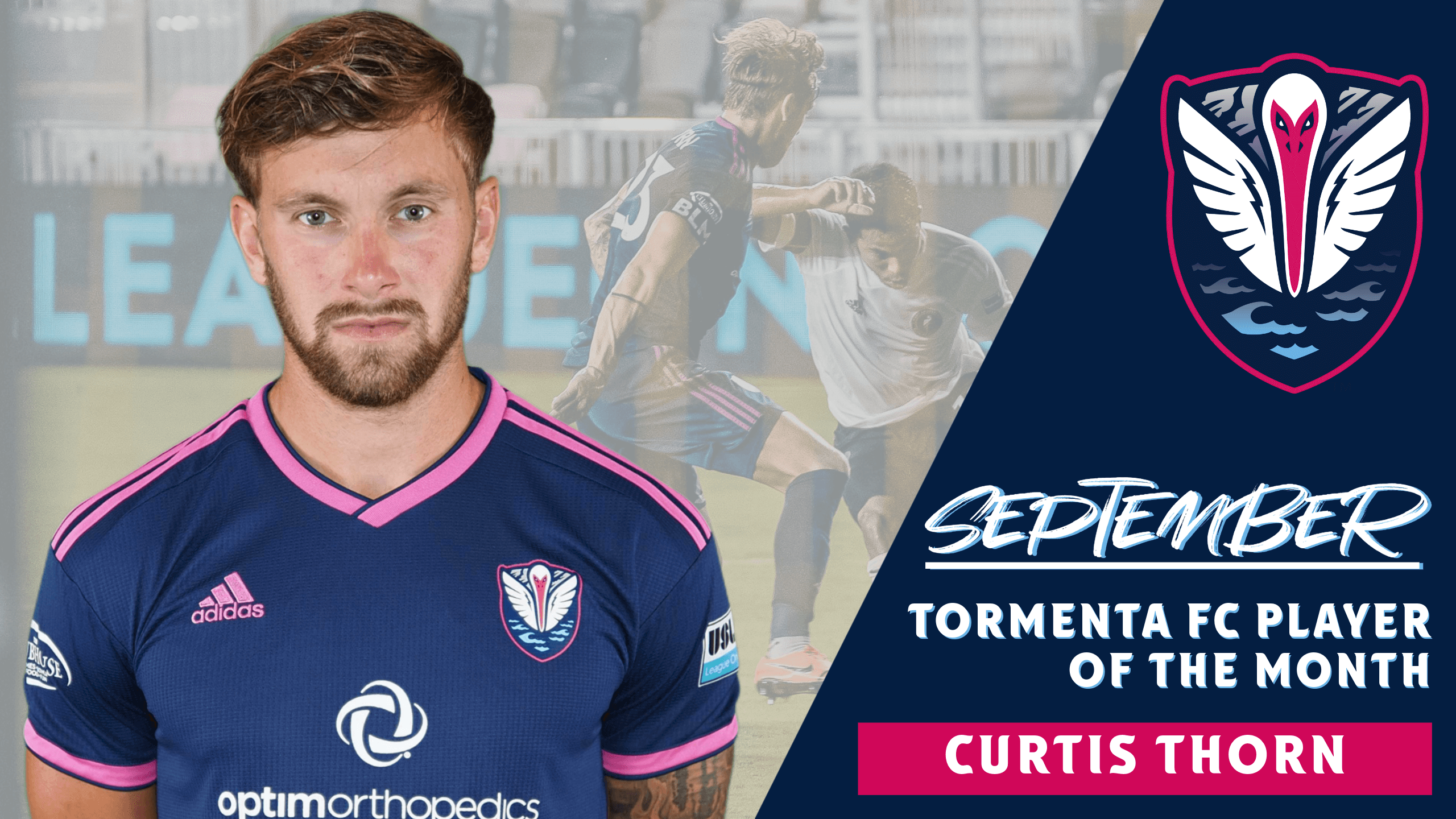