Club looks to build momentum going into its 2021 campaign 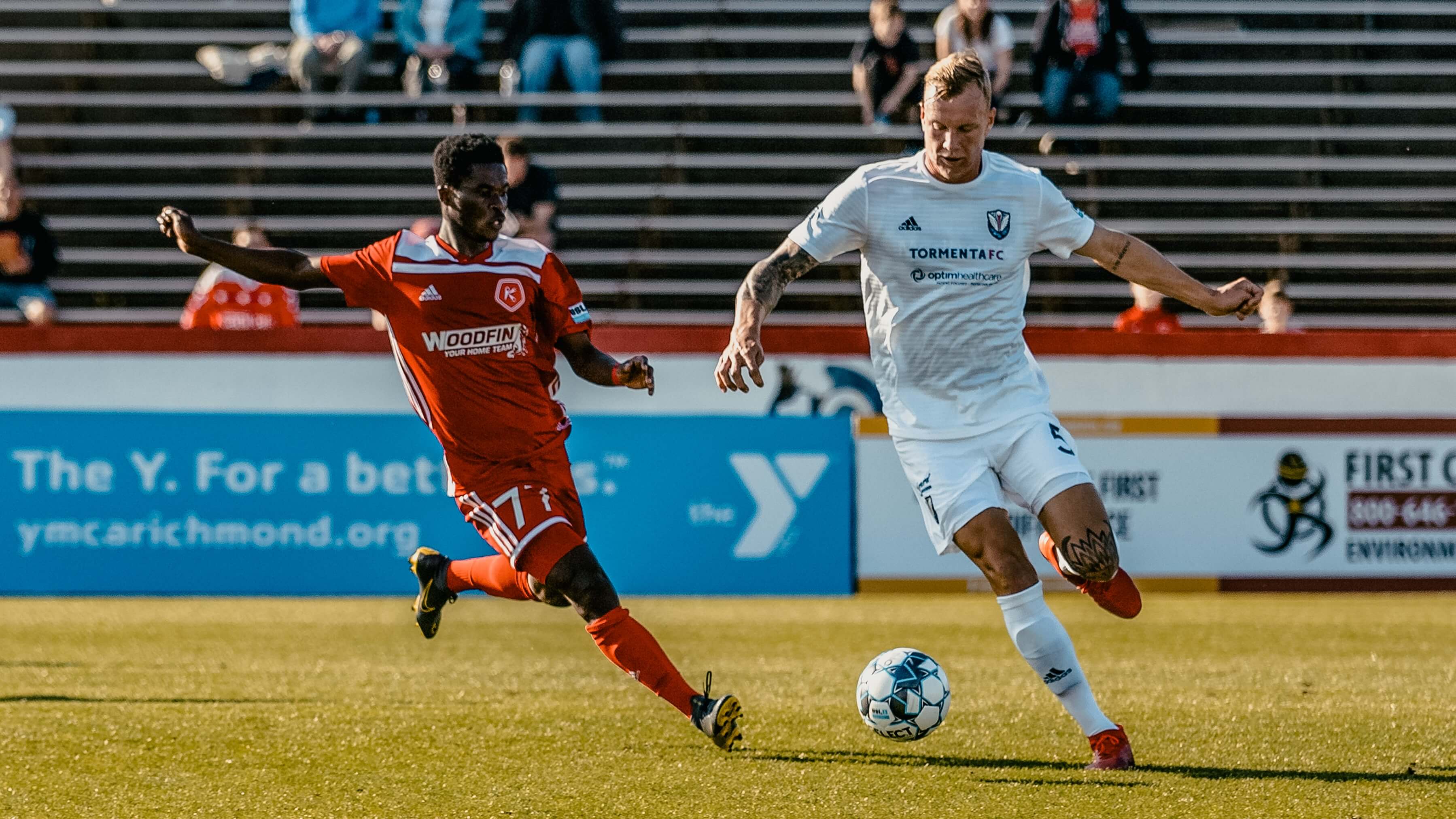 STATESBORO, Ga. - With just three matches left in the 2020 season, South Georgia Tormenta FC looks for three wins to build momentum going into its 2021 campaign. The club travels to play the Richmond Kickers at City Stadium on Saturday, Oct. 17.

“We fully intend to go and win the game and make a good show of ourselves,” TFC Head Coach Ian Cameron said. “We have a lot to prove to ourselves.”

Tormenta FC has been scoreless for its past two matches versus Union Omaha and FC Tucson despite recording a total of 26 shots and looks to break through tomorrow night versus the Kickers.

“They've got to get over that hurdle of finding a way to win the game and doing the things that are most effective to win a match, and we’re just off on that right now,” Cameron said.

Captain Lars Eckenrode is back on the roster after his injury over three months ago and is expected to make an appearance, bolstering Tormenta FC’s back line tomorrow night.

Richmond will be at its best on Saturday as the team continues to fight for a shot at the USL League One final. Tormenta FC’s defense will have to be mindful of forward Emiliano Terzaghi, who currently leads the Golden Boot Race with ten goals.

As the 2020 season winds down, club coaches and staff will be looking for standout performances in these last three matches to help determine the building blocks of Tormenta FC’s 2021 squad.

“We need to put the pressure on them a bit to see how they react in such a situation,” Cameron said. “Can they go on the road and win? And who are the guys next year, when we hopefully get to the playoffs, that can handle those pressure games where it's a must-win? So that's the kind of psychology we’re going in with, and we can see who steps up to it.”