Vinyals takes Man of the Match title after game-winning assist 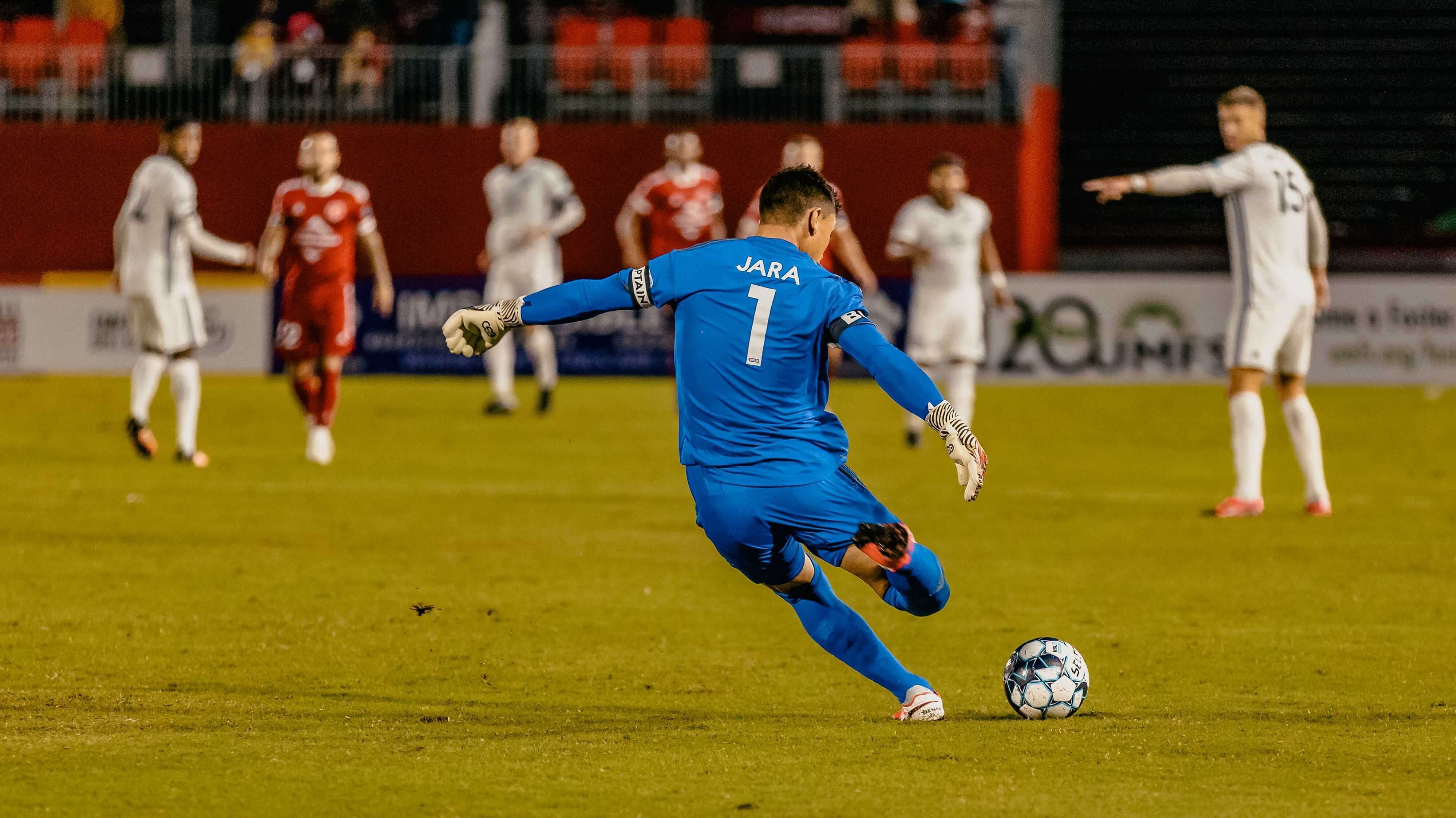 STATESBORO, Ga. - A lot was on stake for South Georgia Tormenta FC’s match versus the Richmond Kickers tonight, as a win from Richmond would eliminate several USL League One sides still vying for a chance at the League One Final. Tormenta FC went into tonight’s match with playoff mentality, looking ahead to next season, and it showed, as the away side toppled the Kickers 1-0.

Tormenta FC kicked off tonight playing aggressively up front throughout the first half with seven shots. The away side had several opportunities from Joshua Phelps and Marco Micaletto inside the box.

Micaletto eventually broke through, ending the team’s two match scoring drought and putting Tormenta FC on top with a goal in the 49th minute, assisted by Nil Vinyals.

Vinyals was named Man of the Match for his game-winning assist tonight, as well as recording a 81.8% passing accuracy in Richmond’s half and creating two goal-scoring chances.

Notably, team captain and defender Lars Eckenrode made his first League One appearance since April 2019, starting in tonight's match. Eckenrode made eight clearances and two interceptions and helped Tormenta secure a clean sheet tonight. Phelps, meanwhile, played out of his normal center back position and started up top, notching one shot.

Phelps’ second-half shot at the keeper nearly doubled Tormenta’s score, and midfielder Ricardo Gomez almost scored as well by hitting the crossbar late in the match.

The club’s final home match is this Wednesday, Oct. 21, against New England Revolution II during Breast Cancer Awareness month, with a portion of each ticket going to the American Cancer Society. Tormenta FC advises fans wanting to attend theme nights in-person to purchase 2020 tickets in advance to guarantee their spot as capacity is limited due to government regulations surrounding the COVID-19 pandemic. Walk-up tickets throughout the season are not guaranteed.

Nil Vinyals, Midfielder: The Spanish magician caused havoc throughout the 90 minutes of action. In addition to providing the game-winning assist, he created two scoring chances and completed 91.4 percent of his passes on the night.