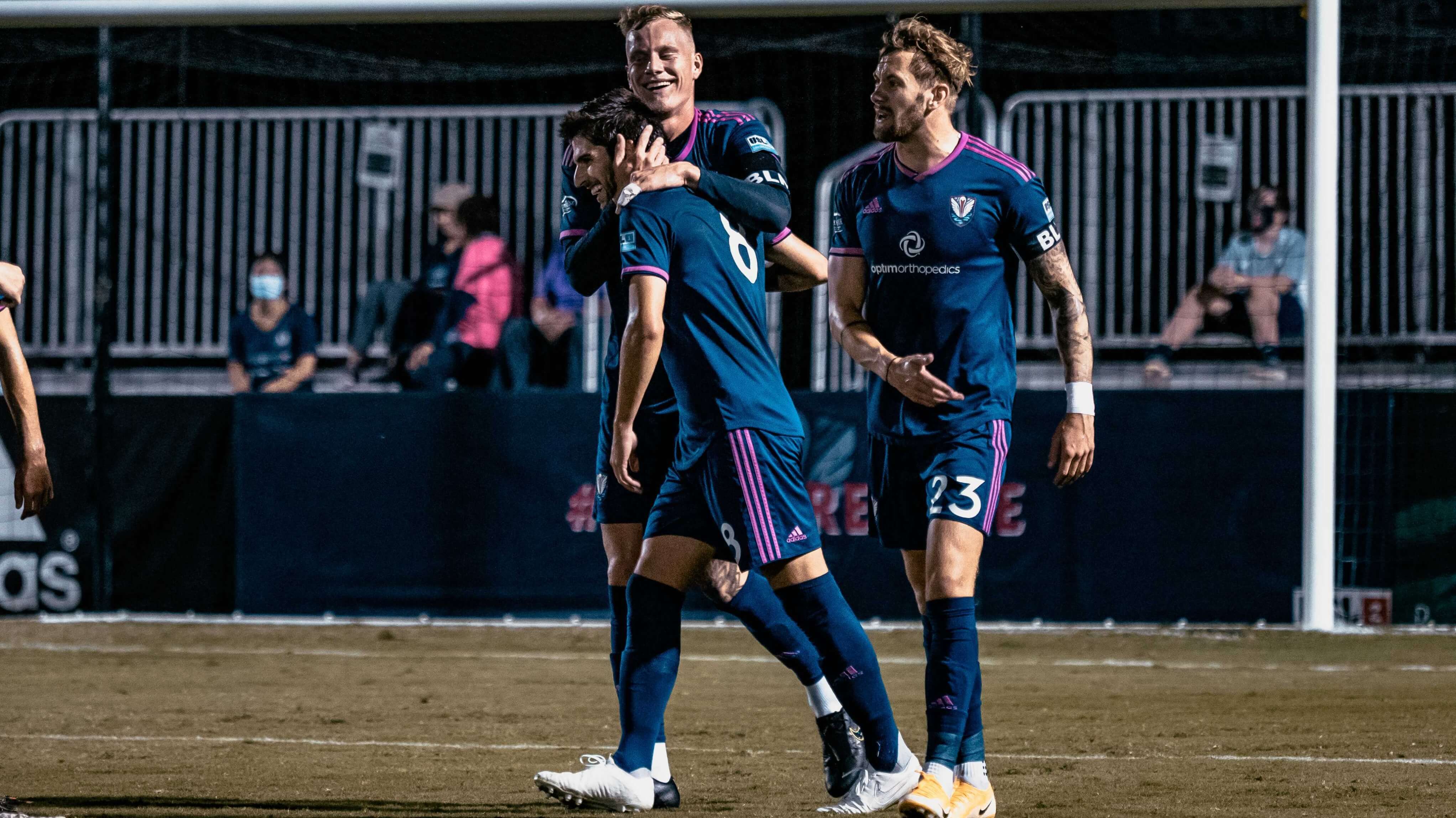 Joshua Phelps led the way with one goal and one assist on the night, earning him Man of the Match honors, while Jad Arslan, Nil Vinyals and Devyn Jambga all scored for the home side.

“They were so clinical tonight,” TFC Head Coach Ian Cameron said. “And it’s ironic because we have not been all season. Our finishing has been about as useful as a chocolate teapot all season, but tonight, we had it. And that’s two clean sheets in a row for our back line, which is a testament to all four of them.”

Tormenta FC had its first chance early in the match via Stefan Mueller, but it was blocked by New England.

Moments later, Vinyals scored Tormenta FC’s first goal of the night in the 18th minute with the help of Phelps, who started as striker for the second match in a row, outside of his normal center back position.

In the 30th minute, Mayr shot at New England’s keeper, who then mishandled the ball. Phelps took that opportunity and notched his first goal of the season, doubling Tormenta FC’s lead. Soon after, Arslan sent a ringer straight into the back of the net in the 35th minute, and Tormenta FC went into halftime with its biggest lead this season.

Devyn Jambga then scored a cherry-on-top goal in the 81st minute, bending the ball over the keeper’s hand and just under the crossbar, making the final score 4-0.

“We haven't done as well at home this year as we would've liked, so to go out and end the season like this with four goals in front of the fans is a good feeling,” Phelps said. “The best part is just celebrating with the boys, the guys that you've trained with day in and day out, the guys that show up and make you better.”

Tormenta FC Academy talent and Clemson University commit Tristan DeLoach made his home debut tonight, subbing on early in the second half tonight. The academy talent played 48 minutes, his most professional minutes in a single match, recording 100% passing accuracy, one tackle and one interception.

Head Coach Ian Cameron now has a 3-1-0 record thus far in his time at the helm of Tormenta FC’s League One side.

The club closes out its 2020 USL League One season this Saturday against reigning champions North Texas SC who continue to fight for a spot in the final on Oct. 31. Fans can watch every game of the 2020 League One season from the comfort of your own home via ESPN+ domestically and YouTube internationally. For fans that do not have access to the ESPN family of networks, Tormenta FC has teamed up with a number of Watch Party Partners across South Georgia and the Lowcountry of South Carolina, where fans can cheer on the club.

JOSHUA PHELPS, Forward: The Australian recorded one goal and one assist, leading the team to its second home win of the 2020 campaign.