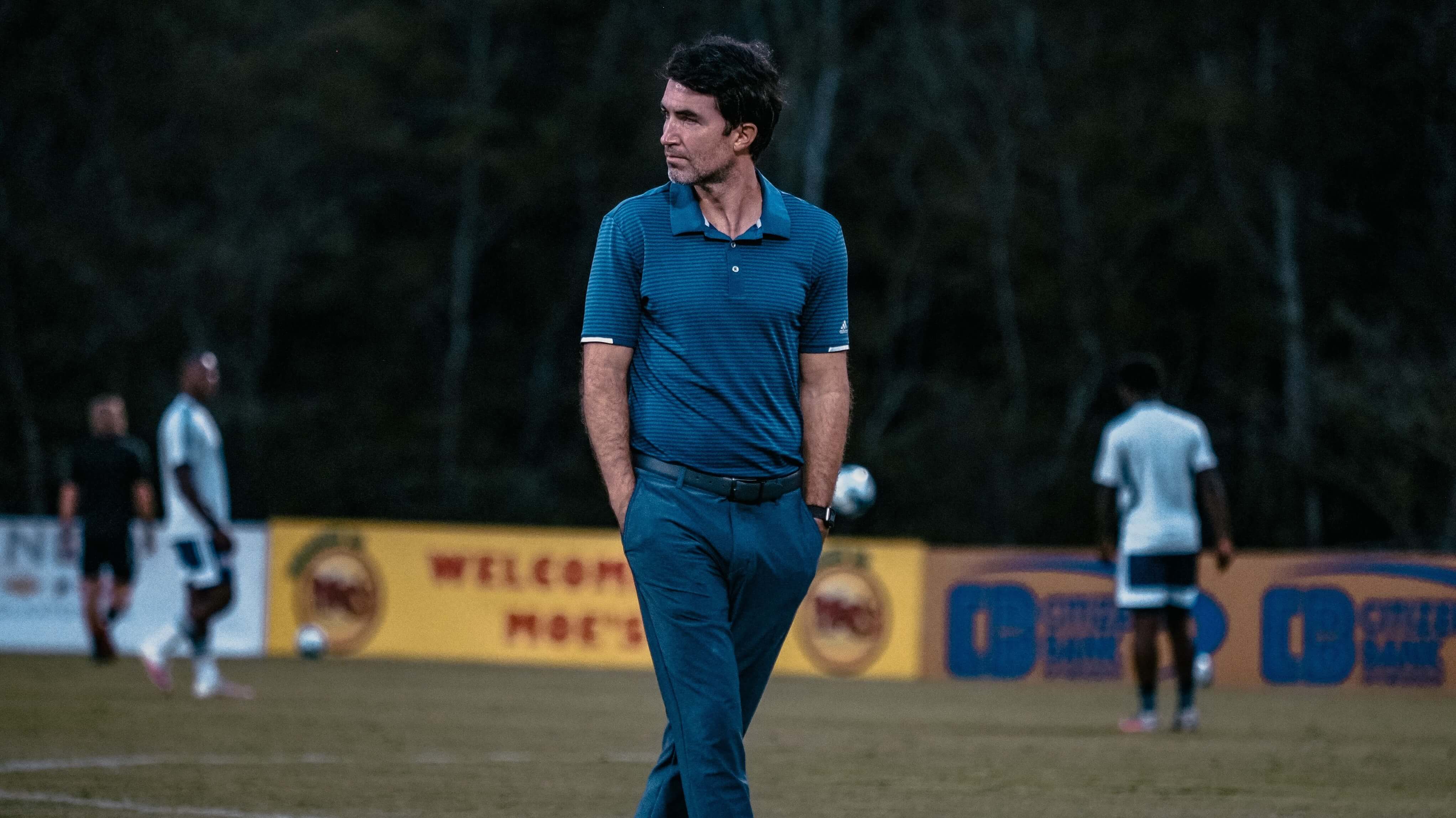 STATESBORO, Ga. - After erupting into a four-goal win on Wednesday, South Georgia Tormenta FC takes on reigning USL League One champion North Texas SC at Global Life Park on Saturday, Oct. 24, for its 2020 season finale. Saturday's match is a must-win for North Texas SC as the team continues to fight for a spot in the League One Final, and Tormenta FC will look for an upset win on the road to quell its chances.

Joshua Phelps led the way on Wednesday versus the New England Revolution II with one goal and one assist on the night, earning him Man of the Match honors, while Jad Arslan, Nil Vinyals and Devyn Jambga all scored for the home side. With the 4-0 clean sheet, goalkeeper Pablo Jara moved up to third in USL League One for most shutouts with four total this season.

“There was a phase in the first half after we had the good opening, where they had us back for about three, four minutes, but the composure we showed at that moment settled us,” TFC Head Coach Ian Cameron said. “Then we took our chances to go press and engage. Getting through that phase at the start really set the tone and belief within the group that they can be resolute, and then we were so clinical going forward.”

North Texas SC has won four out of its last five matches and is desperate for a win on Saturday. It will be a difficult match as North Texas looks to win a second consecutive championship, but if Tormenta FC can keep its composure and offensive power from its last two matches, then the club can end its 2020 season in good form for next season.

“‘The biggest takeaway from this season is that it's a massive privilege to play soccer,” Cameron said. “So whether we’re disappointed that the season didn't go the way we wanted, the 23 guys we have on our squad have all been given the opportunity of another year of pro soccer under their belt. That could've been easily taken away from us, so we have the owners to thank for that experience.”