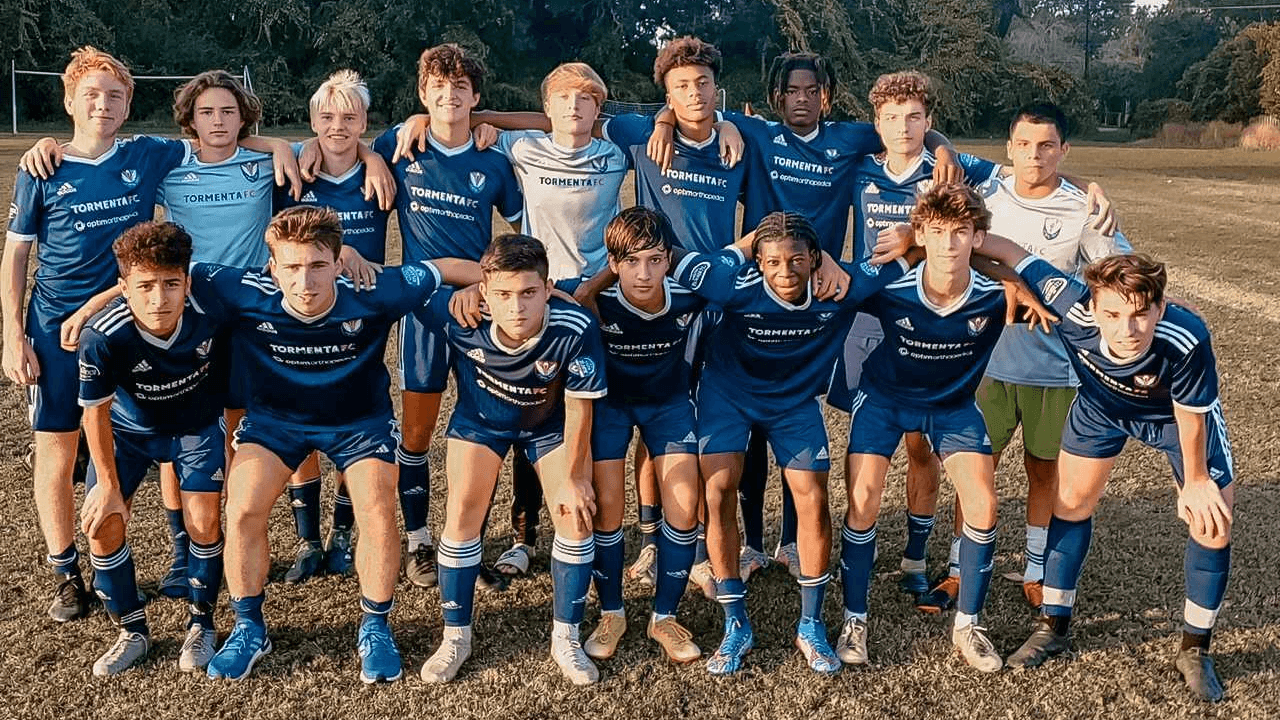 Photo of TFC 2004 Boys team, which earned a 7-0-0 record in the South Carolina State Challenge League

Earning a 7-0-0 record and scoring 18 goals, the U17 Boys team was unstoppable for most of the season.

"They all bought into the culture we're trying to build while being able to express themselves on the field," TFC 2004 Boys Head Coach Jordan Melia said. "Certain players have seen vast improvements in their game and the way they carry themselves, that is all down to their buy in and holding themselves and each other to higher standards."

Melia, who is close to securing his U.S. Soccer "D" License, is in his third year coaching full time, with two years spent coaching in college prior to joining Tormenta FC Academy. Previously, he worked for Carolina Rapids DA as a volunteer and as an assistant coach for Fort Hays State University.

"The character shown by the team to compete week in week out, the way they bought into a process and a culture encouraging accountability and professionalism, the bravery to play good, positive football," Melia said. "They've gone from a team who won four games last year to seeing success this season, and it's down to their buy-in. They have embraced playing for Tormenta and representing this professional franchise in the most professional way we can everywhere we go."

Josh Elam led the way in scoring for the team, but Melia credits the the entire team for their hard work and determination, especially in tough games, such as their comeback 2-1 win against South Carolina Surf Soccer Club.

"Hopefully they learned that the basis of everything in soccer and life is hard work and carrying yourself with professionalism and integrity," Melia said. "We've worked a lot on culture and habits,and hope that this will stand them in good stead as they look to further their soccer careers and just moving forward in life."