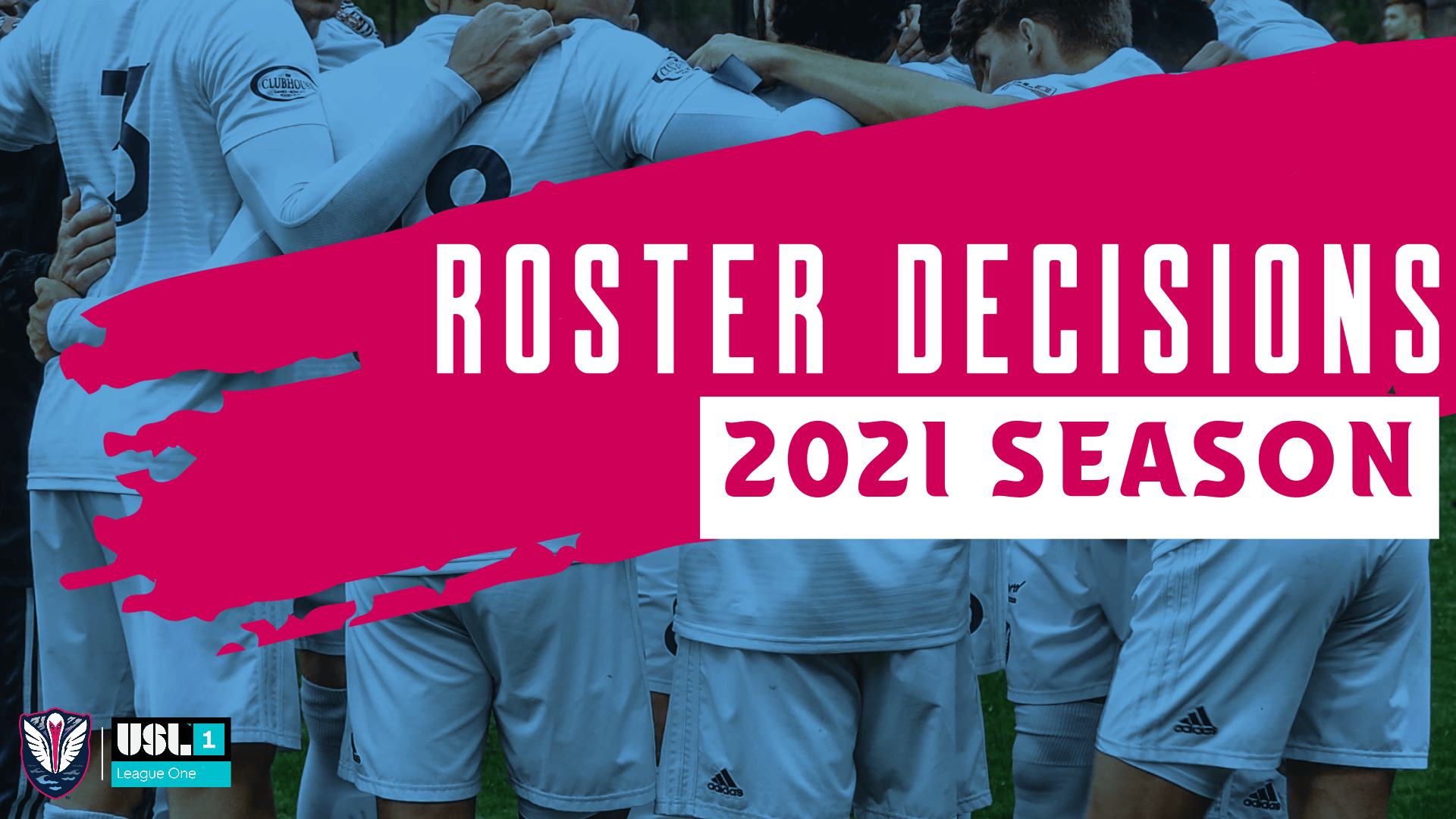 “We need to continue to create a special kind of energy around the club,” TFC Head Coach Ian Cameron said. “The kind that’s self-evident to fans and opposition, that continues to make everyone within the club love working every day and those outside wanting to be part of it. How that manifests to championships, only time will tell. But with a very young staff and a young roster, we will attack every challenge with youthful exuberance.” 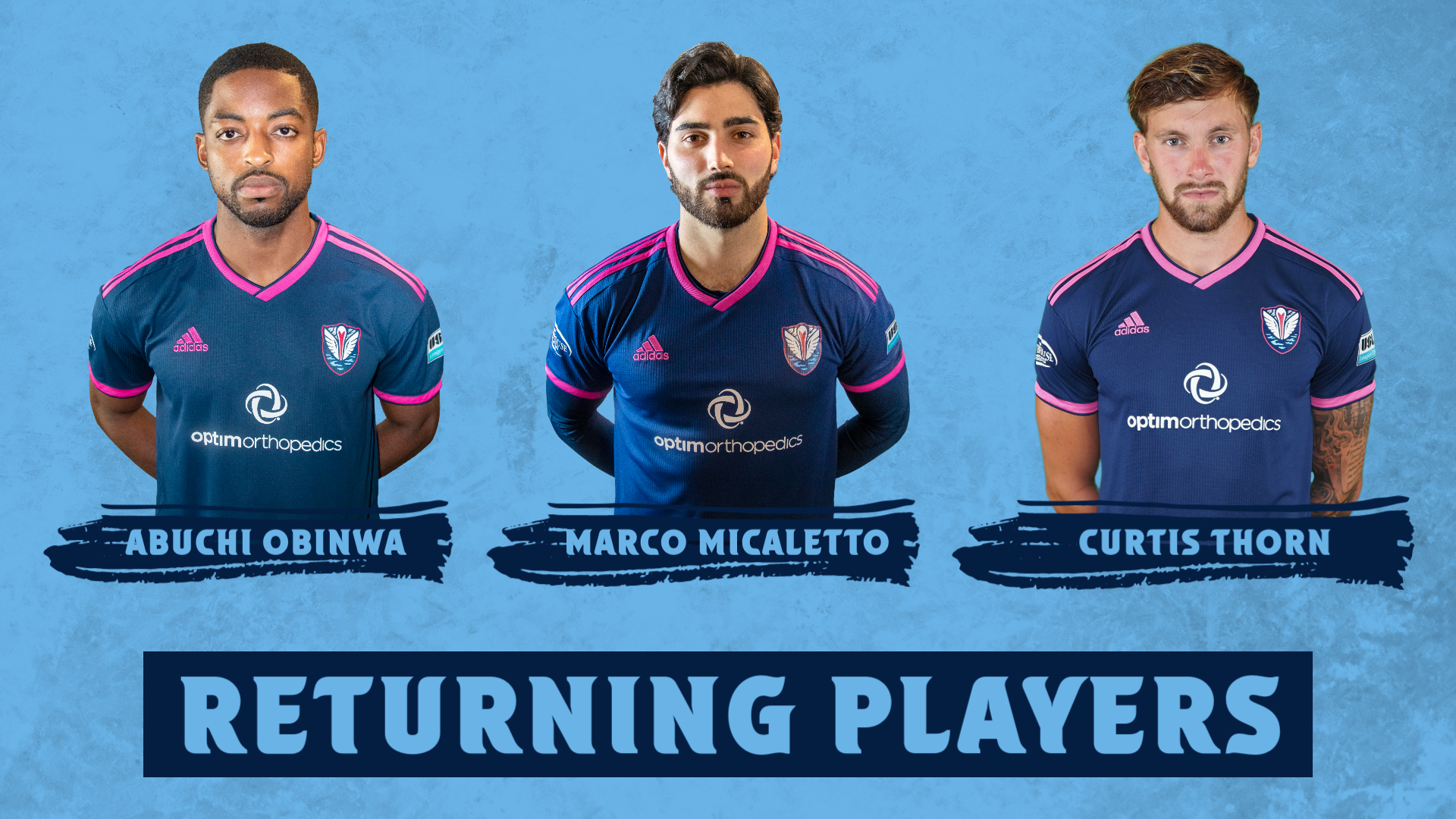 The three returners were consistent in Tormenta FC’s 2020 lineup, totaling 3037 minutes this season. Micaletto appeared on USL League One Team of the Week three times, while Thorn was named League One Player of the Week for Week 10.

Marco Micaletto heads into his fourth season with Tormenta FC and his third as a professional. The Italian midfielder has scored 15 goals throughout his time with Tormenta and holds the club record for most goals scored. He made 14 starts in 15 games played this season and recorded three goals, including one penalty, and two assists while making 14 total shots on target. Defensively, Micaletto won 17 tackles this year and made ten interceptions.

"Marco remains an integral part of our project here at Tormenta on the field and in our community,” Cameron said. “This past campaign, he topped our team in chances created, and with the right hunger, we expect to see him place high on league-wide metrics in 2021 for goals, assists and defensive pressures that cause turnovers. The tools are there, and we relish the chance to help mold him into the best player he can be."

Obinwa was a constant in the midfield this season, starting 13 out of his 15 matches played. Excelling defensively as well, Obinwa ranked third on the squad for most interceptions and tackles at 18 and 19 in 2020. He was also fifth on the team for clearances with 20. The midfielder has an 82.9% passing accuracy and made two shots this season. Before joining Tormenta FC in 2020, Obinwa played for Lusitano FC, a third-division club in Portugal. There, he made eight total appearances with six starts and 564 minutes played.

"John [Miglarese] did great work bringing Abuchi to Tormenta FC last year, as he's a young talent with a high ceiling,” Cameron said. “As the year progressed, Abuchi's performances trended in a great direction, and the offseason work he plans to do will stand him in good stead for a breakout season in 2021. There remains untapped potential within him, and our staff is looking forward to aiding his career development."

After having a standout 2019 season with TFC 2, Thorn was called up to the USL League One squad in August and has started in all seven remaining matches. The English defender earned Player of the Week after scoring his first professional goal and first assist against Fort Lauderdale CF. Bolstering the back line, Thorn made 29 clearances, 14 interceptions and nine tackles.

"Behind the scenes, Curtis worked ever so hard to merit the opportunity to make his professional début in 2020, and he grabbed it with both hands when that chance came,” Cameron said. “His success is a testament to himself and to the club’s commitment to developing professional players through our USL League Two structure. Curtis will be a key player for Tormenta next year on the field and in the locker room."

Exciting new signings are coming soon, and contract agreements currently underway with additional returning players from the 2020 squad. Tormenta FC 2021 season tickets are now live. Fans can take advantage of the club’s affordable 12-month payment plans for those who are not ready to pay for season tickets in full. For additional information and scheduling interviews, call (478-508-2604) or email bodonnell@tormentafc.com.