Jara Named Finalist for Goalkeeper of the Year Award

Chilean shot-stopper finished third in the league with four shutouts 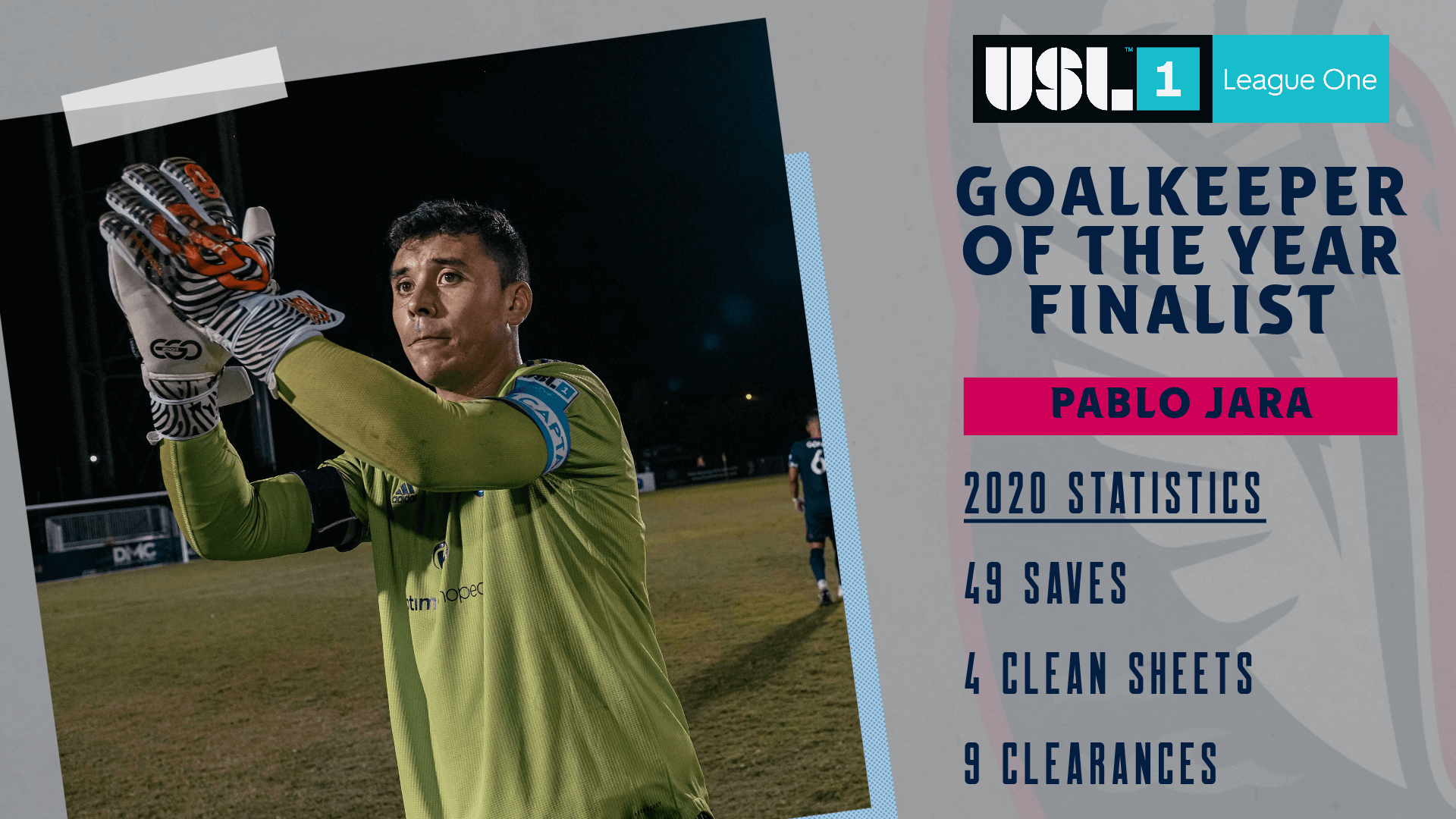 STATESBORO, Ga. – USL League One released the finalists for the 2020 USL League One Awards today, and Tormenta FC’s Pablo Jara was named a finalist for Goalkeeper of the Year after a remarkable season between the sticks.

On Sept. 19, Jara broke his own club record for most saves in a single USL League One match, making 11 stops against Fort Lauderdale CF to lead Tormenta FC to a 2-1 road victory. Additionally, he earned two Team of the Week honors, Week 6 and Week 10.

Tormenta FC announced its initial roster moves on Wednesday and confirmed Marco Micaletto, Abuchi Obinwa and Curtis Thorn for the club’s 2021 USL League One season. The club is currently in negotiations with other returning players who are currently out of contract, and new player announcements are coming soon.