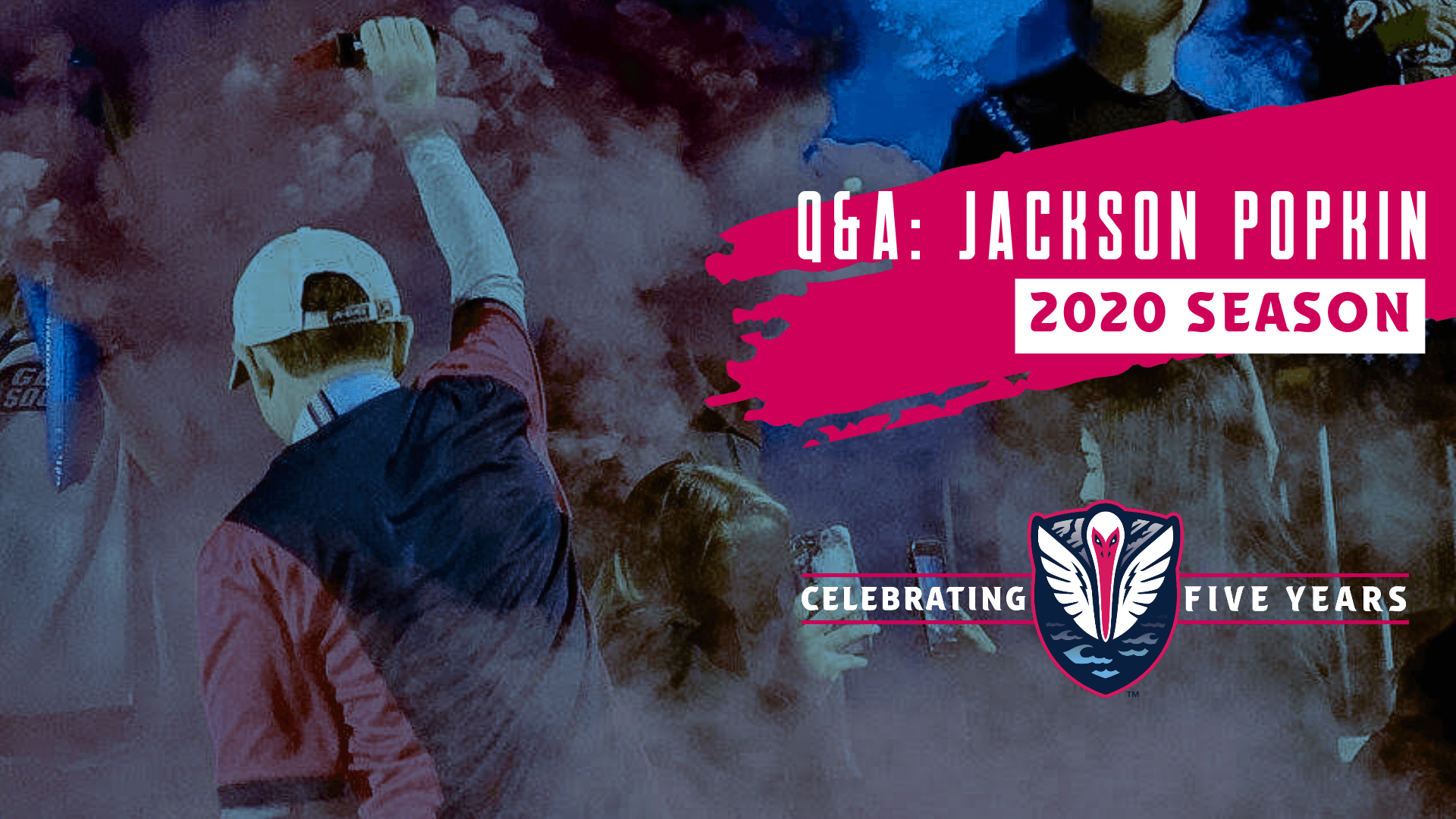 The end of the 2020 season marks a pivotal milestone for South Georgia Tormenta FC - five years completed as a club. Five years of thrilling home matches, title-winning seasons and Twitter-breaking goals. Looking back, there is so much to celebrate, and we plan to highlight these victories and achievements, big and small, over the course of this offseason as we prepare for 2021.

In this Q&A, Tormenta Nation will hear from a key member of the Category 5 supporters' group, Jackson Popkin. Popkin is a writer for Dirty South Soccer, where he covers Tormenta FC and all things soccer.

Read: From the front office to you

1. How did you feel when you heard an elite soccer club was coming to Statesboro?

Incredibly excited. The only soccer club I was following closely in August 2015 was the second division Atlanta Silverbacks, who were on their last legs by then, and other than that just waiting for Atlanta United to come online years in the future. I had a vague knowledge of the PDL at the time, and so when I saw an email from the Storm Soccer Academy getting set to announce a team in Statesboro, which seemed almost unthinkable, I dove in headfirst following the club.

2. Why do you support Tormenta FC?

I've been a sports fan all my life, but high-level sports have almost always been restricted to places hours away like Atlanta, Jacksonville, etc. Growing up with my favorite one, soccer, there wasn't much above the college level. Tormenta FC comes in and changes things completely, and hasn't slowed down since, taking the sport to incredible heights right in front of my eyes. Kids go from maxing out in rec leagues to being trained by pro athletes and coaches, having elite soccer right at their fingertips; it's revolutionary to the entire region of the country in terms of soccer. It's hard not to be on board with something like that.

Tormenta to me symbolizes the way the soccer landscape is and should be growing in the U.S., not by throwing teams into huge cities and hoping for a fraction of people to bite on it but by forming a tight bond within the fabric of the community, a mutual relationship where you can take pride in both a team's performance and in the place that you live, together, all at once. It's something special, and for it to be happening in my hometown of all places, is beyond anything I could've imagined.

4. Why should fans join Category 5?

For anyone with any amount of interest in Tormenta, or soccer at any level: Cat 5 is for you. Whether it's discussing what each sub means tactically for the team all the way down to learning what the offside rule is or even just blindly yelling at some sports, Cat 5 offers a friendly group to do that with.

One of the great things about soccer is the unique fan atmosphere that goes with it, helping create that and having fun doing it is what I'd encourage everyone to come join in on, no matter who they are.

5. What is one of your favorite Tormenta FC memories?

Beyond the rush of excitement with everything that first season in 2016, a moment that sticks out the most was following our second home win, 3-0 over the West Virginia Chaos. A group of us were behind the right side goal, the same place Cat 5 sits now, having some friendly back and forth with the Chaos goalkeeper, Jim, throughout the second half. After the final whistle, instead of going straight to the locker room after a heavy loss, Jim instead turned around and walked over to us. We were all kind of shocked, but rather than be mad, Jim shook all of our hands, took pictures, and thanked us for being there, remarking on how special things were shaping up with the Tormenta organization.

That's the moment I realized it wasn't just the "new thing" effect that kept up attendance at the top of the PDL, but the Tormenta project was on to something even better than I had hoped for.

6. How has Tormenta FC grown over these last five years?

The 2016 season set the foundation for the growth of the team. Non-collegiate sports like this hadn't been tried in Statesboro for a very long time, so it was definitely something to build on. Since 2016, the organization of the club has become much more professional, even before the move up to USL League One, yet it's still managed to keep the same intimate environment that it started with. In particular, the broadcast for home games was by far the best in the league in quality, all on YouTube for free. Things like that show the ambition the club has always had in creating a larger spectacle but making it up close and personal, something that you can see as Tormenta has grown and continues to grow.

7. What is a recent club accomplishment that pleasantly surprised you?

Recently there was the news of one of the 2016 players, Nico Rittmeyer, getting called up to represent Guatemala at the international level. To witness a Savannah native prove himself then, and watch him move on up to play for Charleston Battery and now the Guatemalan National Team is absolutely mind-blowing. Stories like that will only become more numerous as time goes by. You can already look into many places in the soccer landscape and find a relation to the Tormenta FC organization in all kinds of ways, which is something that makes me so grateful and proud to support a club like this one.