Tormenta FC Is On the Road and Hunting For a Victory 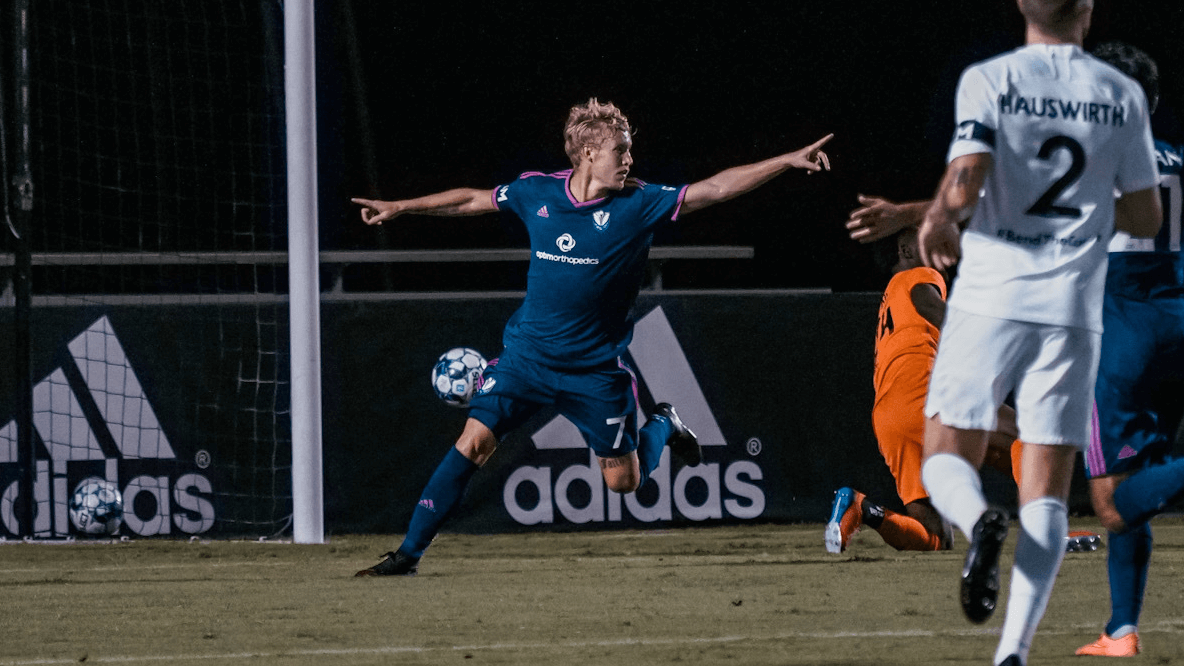 STATESBORO, Ga. – South Georgia Tormenta FC travels to Werner Park in Papillion, Nebraska, for its first away matchup of the 2021 USL League One season against Union Omaha this Saturday, April 24, at 7 p.m. ET. Falling 0-1 in an intense match last Saturday to Fort Lauderdale CF, Tormenta FC sets its eyes on an early season victory against the 2020 USL League One runner-up, Union Omaha.

“We put a lot of pressure on Fort Lauderdale late in the game because the fans helped with that sense of energy,” TFC Head Coach Ian Cameron said as he reflected on the team’s energy in a second-half push at home. Cameron applauded the fans for their overwhelming turnout and attributed the team’s burst of energy late in the game to the local support.

Tormenta FC looks for redemption after last week's battle with Fort Lauderdale. After dominating 63% of the possession and tallying eight shots to the away team’s six shots, Tormenta FC fought to come back from an early goal by Fort Lauderdale in the 23rd minute. Numerous shots from Tormenta FC’s offense failed to find the back of the net, while the blue-collar back line held off Fort Lauderdale CF’s offense in the second half.

“I was really excited, and I wanted to come onto the field and have an impact on our team,” Gottlieb said. “It shows that anyone can do it, as long as they keep working.” 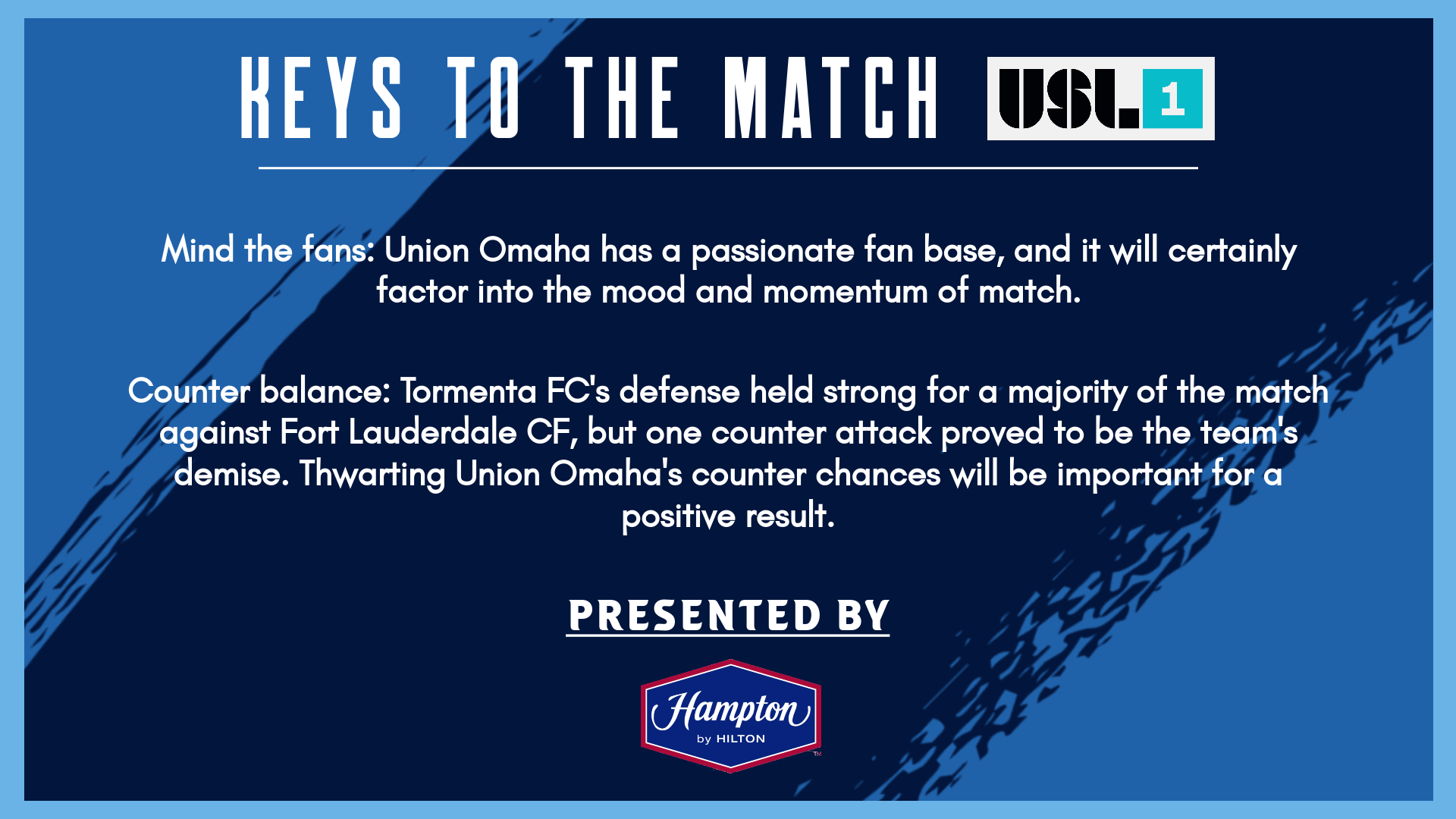 Making its USL League One debut in 2020, Omaha looks to defend its position at the top of the table this season. Omaha will be fresh off a 2-1 preseason victory against USL Championship side Sporting Kansas City II. This narrow victory against a strong opponent will have Omaha ready for the storm that Tormenta FC is expected to bring.

Union Omaha players to note include returning goalkeeper Rashid Nuhu and the newly-signed forward Greg Hurst. Nuhu was drafted 70th overall by the New York Red Bulls in the 2019 MLS SuperDraft and joined Omaha for their successful 2020 season. Hurst boasted 10 goals last season for the Red Wolves and is a dangerous asset for Omaha going forward.

“It will be a cool experience to go away from home, and you’ve got a bit of incentive late in the game when the fans really get behind the other team,” Tormenta FC Head Coach Ian Cameron said. “That’s what you play for, that’s the fun part. In the post-COVID era with fans back, that’s everything.”

Optimistic about the away challenge, Cameron senses that the energy in Omaha will create a competitive matchup for both sides.

Finally, the two clubs go head-to-head for the third time overall in league play. During the 2020 USL League One season, Tormenta FC and Omaha Union faced off in a home-and-home series in which a tie and a loss were tallied for Tormenta FC. On the hunt for redemption, Tormenta FC hits the road looking for a big win to gain early momentum in the new season.

Returning to Erk Russell Park on Saturday May 1, Tormenta FC will host FC Tucson for its second home game of the 2021 season. Looking to bring fans another thrilling soccer competition, Tormenta FC hopes to return the astounding 1,107 fans who were in attendance for the team’s season opener. With soccer in South Georgia on the rise, don’t miss the opportunity to come out and support your local pros.

We highly encourage all fans to support the team from your chosen safe environment. Fans can watch every game of the 2021 League One season from the comfort of your own home via ESPN+ domestically and YouTube internationally.

From the Coach and Players: