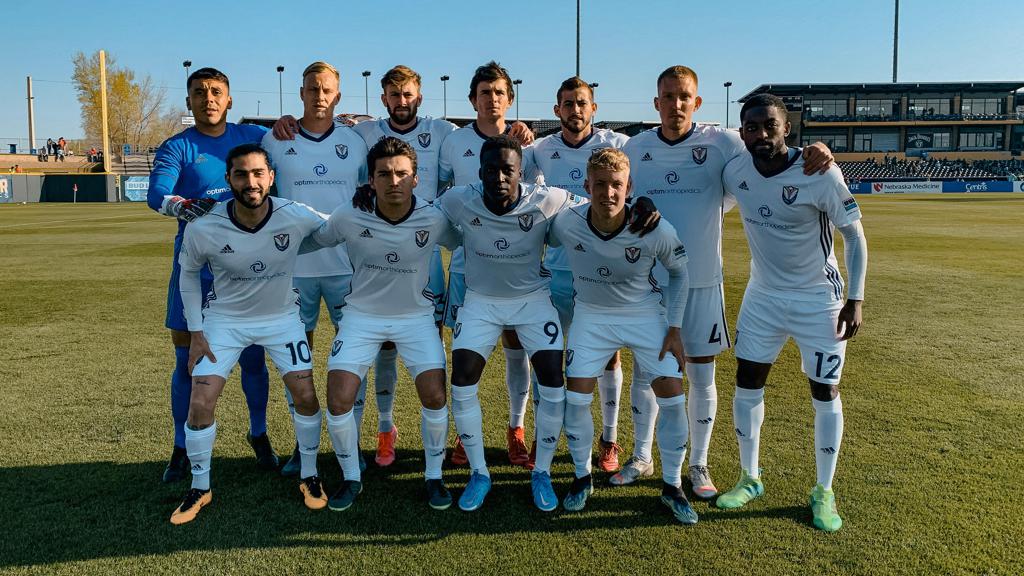 STATESBORO, Ga. - Despite having 56.8% of the possession and creating numerous goal-scoring chances throughout the match, South Georgia Tormenta FC fell to 2020 USL League One runner-up Union Omaha 0-2 tonight in Papillion, Nebraska.

Union Omaha scored early on, but Tormenta FC kept pressing against the home side and looked the better side for many stretches in the match. Several strong opportunities came from Luca Mayr-Fälten and Azaad Liadi, who both created problems for Union Omaha throughout the first half.

In the third minute, Mayr-Fälten cut through Union Omaha’s backline and made a run into the box, nearly scoring from close range, but Omaha’s keeper got hands on the ball and pushed it to safety. Minutes later, Liadi aided Mayr-Fälten in pressuring Omaha by winning a free kick in a dangerous position, almost giving Kobe Perez a chance to get Tormenta FC on the board.

In the second half, Tormenta FC continued pushing and controlled most of the match, recording a total of 14 shots and four on target. Omaha, however, then doubled its lead late in the second half to win their 2021 home opener.

Scottish midfielder Craig McCall made his professional debut for Tormenta FC in the 78th minute. McCall recorded one clearance, one tackle and a duel won for his first 16 minutes of play.

Tormenta FC returns to Erk Russell Park on Saturday, May 1 to face FC Tucson at 7 p.m. ET. After 34 individuals received the Moderna COVID-19 Vaccine at Tormenta FC’s home opener clinic on April 17, the club has announced a second vaccine clinic for its upcoming home match. The clinic is open for walk-ups with a ticket, starting when the gates open at 6 p.m. ET and running through the end of halftime.

Tormenta FC asks all fans to wear masks until the vaccine becomes more widely available. Due to limited capacity, the club urges all fans to purchase their tickets, including season tickets, half-season plans or quarter-season plans, in advance.

Azaad Liadi, Forward: Tonight’s Man of the Match, presented by Galactic Comics & Games, is forward Azaad Liadi, who played well up top for all 90 minutes. He created three scoring chances, the most of any Tormenta FC player on Saturday, and helped out on the defensive end of the field, recording three interceptions, two tackles and one blocked shot.