VOTE: Decide the Tormenta FC Player of the Month for April/May

STATESBORO, Ga. – South Georgia Tormenta FC has revealed the four nominees for the Tormenta FC Player of the Month award for April/May, and the community will decide the winner. Pablo Jara, Marco Micaletto, Raheem Somersall and Curtis Thorn are on the ballot after strong performances throughout the team's first full month of USL League One action.

Voting for the Tormenta FC Player of the Month award will run through Thursday, June 3, at 11:59 p.m. ET, with voting permitted once per day. The winner will be determined via a weighted vote from the following three voting bodies:

Voting results will be announced on Friday, June 4. 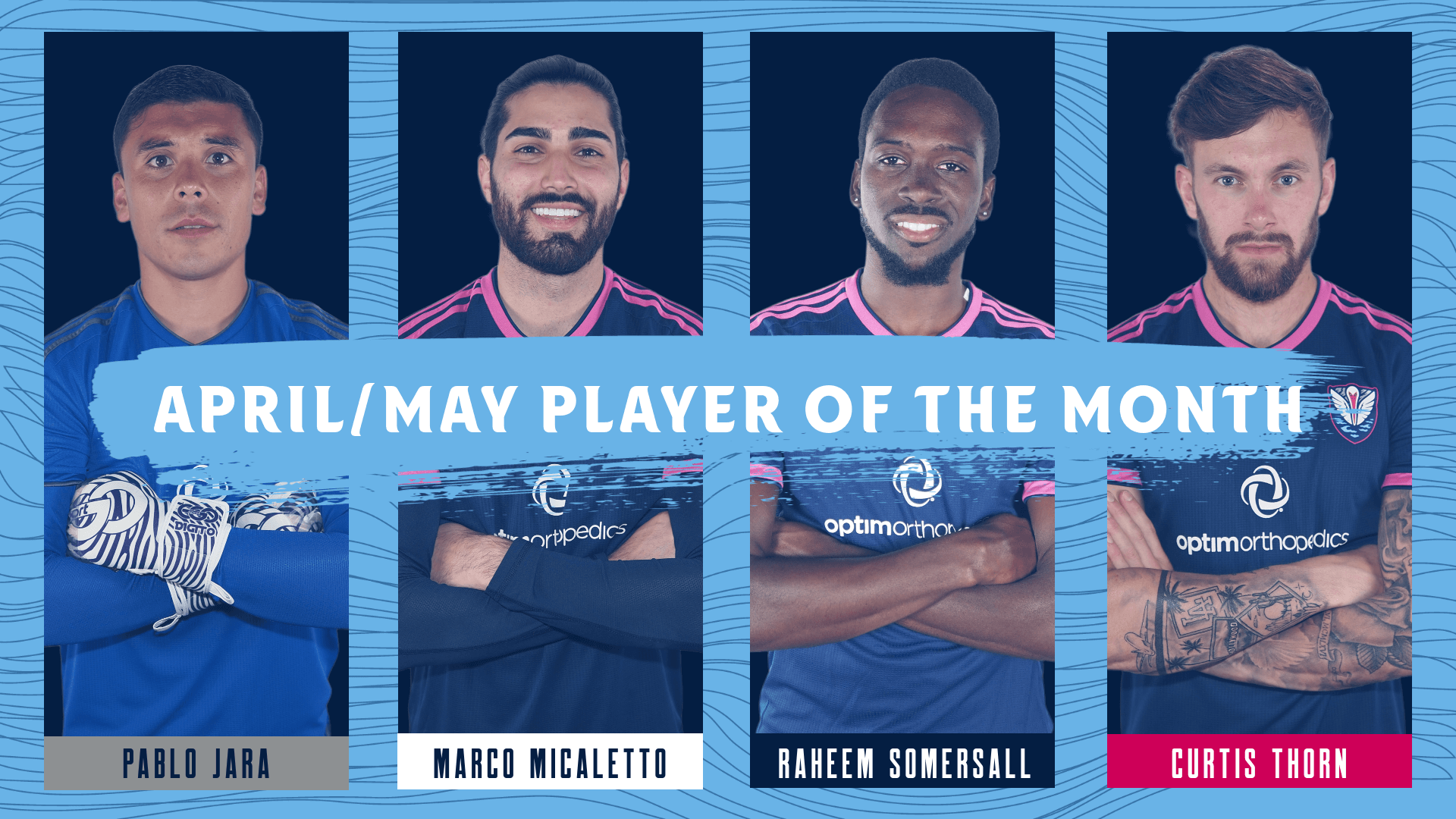 Player of the Month Nominees:

Pablo Jara, Goalkeeper: The Chilean netminder has played every minute for Tormenta FC since the team's professional debut in 2019, and he continues to look strong in goal, making 22 saves in seven games while also recording five clearances, three punches and two catches.

From TFC's USL League One Head Coach Ian Cameron: "Pablo has reached the 50-game mark in USL League One and played every minute. His contributions each game are as professional as any player we've worked with. Behind the scenes, he brings so much to our environment."

From TFC's USL League One Head Coach Ian Cameron: "Marco has scored twice from midfield and played multiple positions for the benefit of the team. His goal against North Texas was one of the best in league play so far."

Raheem Somersall, Midfielder: The Saint Kitts and Nevis international has made an immediate impact in his first two games with Tormenta FC, bringing experience and quality on the ball to the midfield. In 165 minutes of action, Somersall has recorded an 81.7% passing accuracy, two shots on goal, two interceptions and two tackles.

From TFC's USL League One Head Coach Ian Cameron: "Raheem has assimilated into our squad really well in the last few weeks. For not having a preseason with us, we're very excited to see his impact and look forward to developing him further the rest of the way."

Curtis Thorn, Defender: Since joining the professional team in 2020, the left back has impressed the staff and fans in nearly every game. Thorn has been strong on both ends to start the 2021 season, scoring one goal while also recording seven clearances, six interceptions, six tackles and two blocks.

From TFC's USL League One Head Coach Ian Cameron: "Curtis has contributed on both ends of the ball. He has made an impact in every game he's played and covers more distance than anyone in our team."