Liadi Scores His First Goal of the 2021 Season 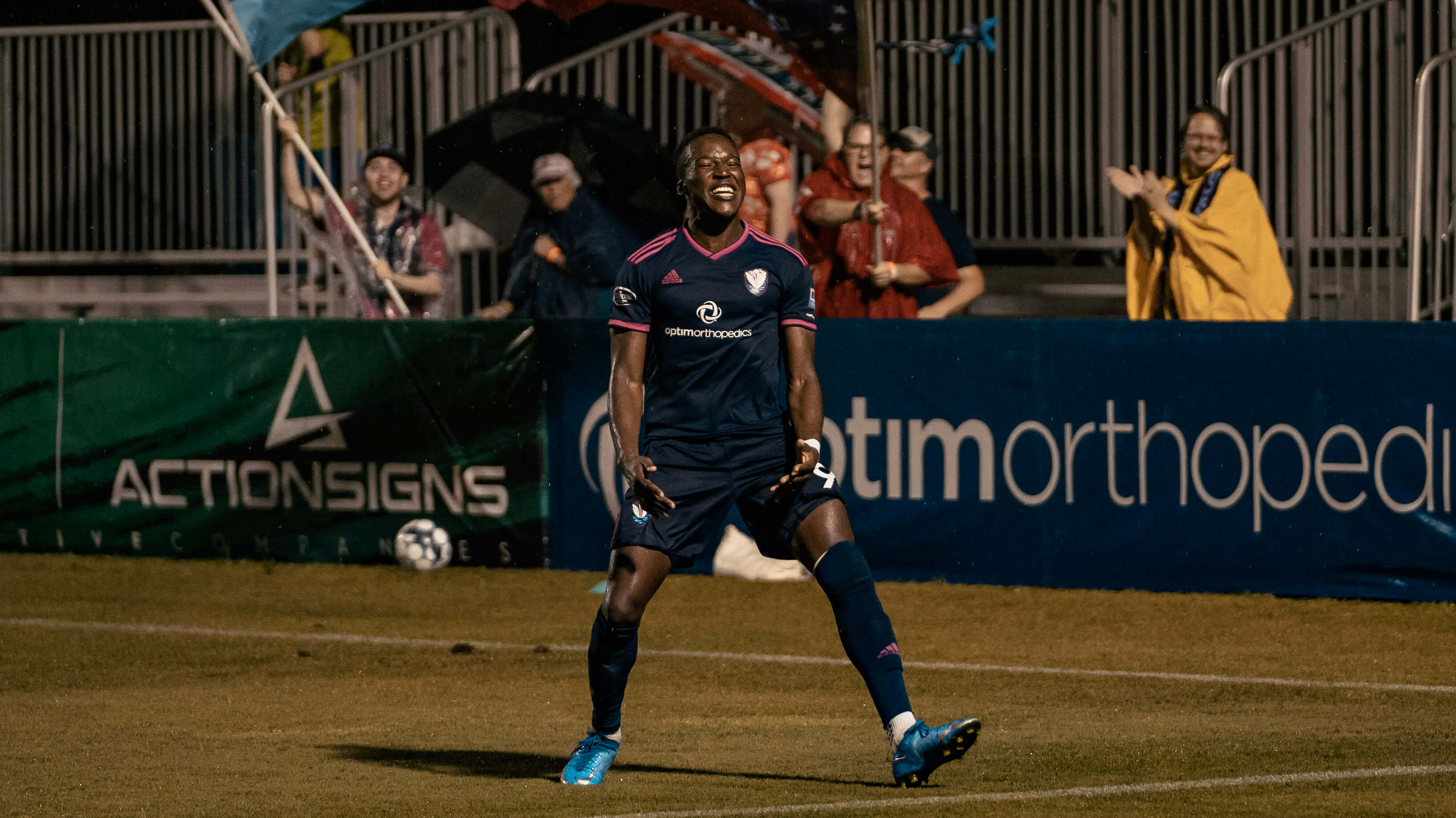 Pressures were high throughout the first half, making it a lively match for fans to watch, resulting in an electric atmosphere at home. Things were chippy and physical between Tormenta FC and Chattanooga as they both pressed for the first goal of the night.

In the 36th minute, midfielder Marco Micaletto made a cross to Nick O’Callaghan, giving Azaad Liadi Tormenta FC’s first scoring opportunity of the night. Tormenta FC continued to spend most of the time on the offensive side of the field trying to create any opportunity for a goal.

The second half started off as chippy as the first, with both sides eager to get on the board. In the 58th minute, Tormenta FC finally broke through with a goal. Micaletto skillfully brought the ball down field and fired a shot on goal, and Liadi was there to finish the chance on the rebound, recording his first goal for the club.

Chattanooga attempted to even up the score and raised the pressure, but goalkeeper Pablo Jara made several amazing saves to preserve the home side’s lead. Notably, TFC Academy’s Brittain Gottlieb entered the game for Curtis Thorn, who had a successful first game back after being injured. Gottlieb made a fantastic goal-line clearance for the team to secure the clean sheet late.

Tormenta FC has a short turnaround and travels to Florida to take on Toronto FC II this Wednesday, June 9, before returning home to face Toronto FC II once again on June 13 from Erk Russell Park. Fans should purchase their tickets, including season tickets, half-season plans or quarter-season plans, in advance.

Tonight's Man of the Match, presented by Galactic Comics and Games, is defender Lars Eckenrode who led from the back and helped Tormenta FC secure its first clean sheet of the season. Eckenrode secured seven clearances and one interception.