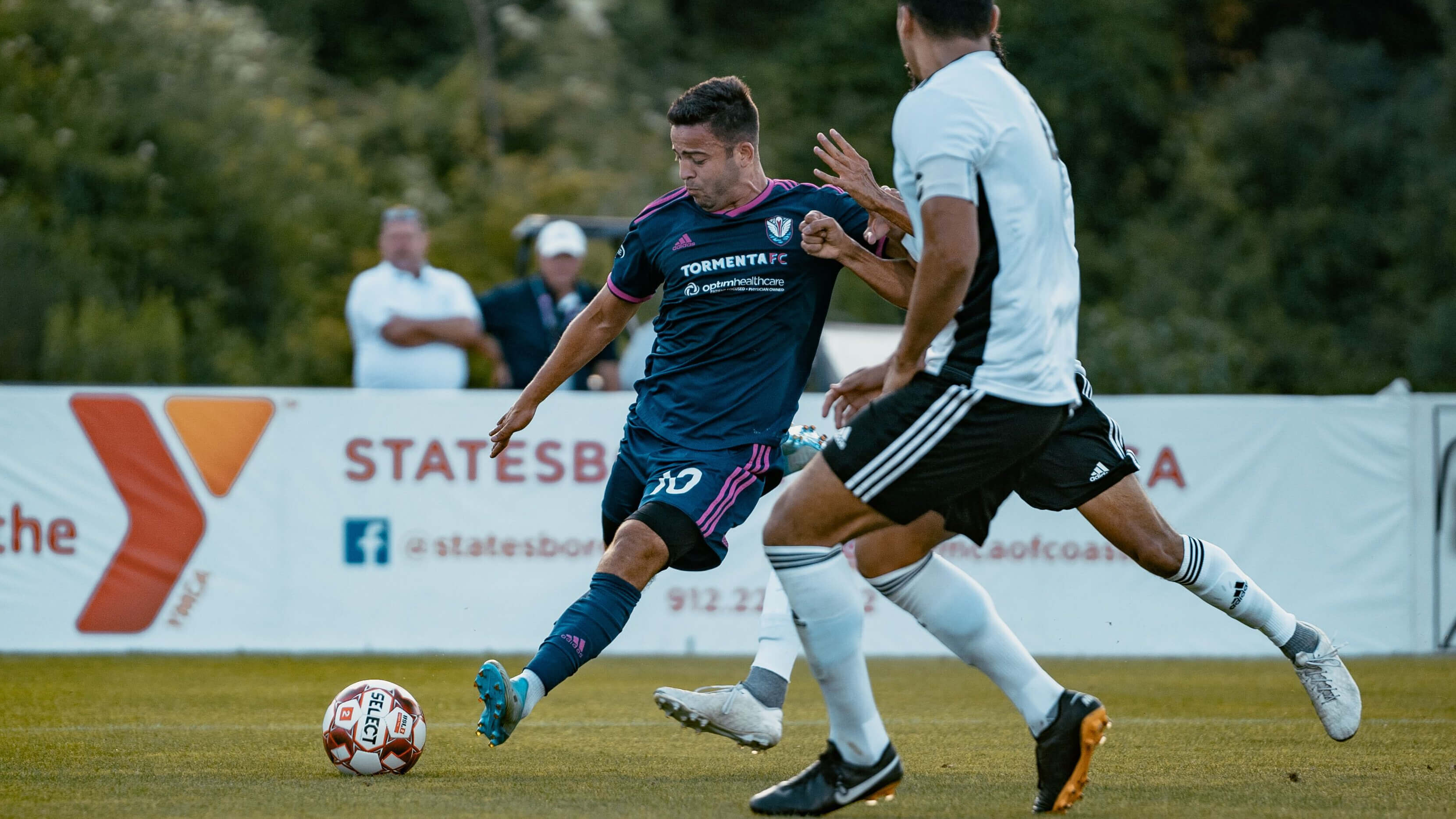 STATESBORO, Ga. - South Georgia Tormenta FC has called up attacking talent Rodney Michael to its professional USL League One roster, pending league and federation approval. A native of Freetown, Sierra Leone, Michael has dominated with Tormenta FC 2 this summer and proved to the coaching staff that he’s ready for professional play.

With five goals scored, including two braces, over five matches, Michael was named Tormenta FC 2 Player of the Month for May and has helped the team rise to the top of the Deep South Division standings. In his short time with the club, Michael has earned League Two Goal of the Week honors and a No. 10 spot in inaugural League Two Top Prospects list.

Michael spent three seasons with University of California Santa Barbara, where he scored 23 goals and recorded 15 assists in 58 starts. In 2019, Michael helped UC Santa Barbara advance to the NCAA Soccer Quarterfinal Championships. The forward was also projected by Top Drawer Soccer to be picked in the first round of the 2021 MLS SuperDraft.

Since its first season of play in 2016, Tormenta FC 2 has helped almost 40 talented players on their paths to the professional ranks. While numerous alums have progressed to the senior, professional Tormenta FC team, many TFC 2 standouts have made their professional debuts with clubs from around the world.

Tormenta FC travels to Florida this Wednesday, June 13, to take on Toronto FC II for the first time since 2019, before hosting the Canadian side again at home on Sunday, June 13, in Erk Russell Park. Tormenta FC encourages fans to purchase their tickets, including season tickets, half-season plans or quarter-season plans, in advance.

CLICK HERE FOR TICKETS TO OUR NEXT HOME MATCH