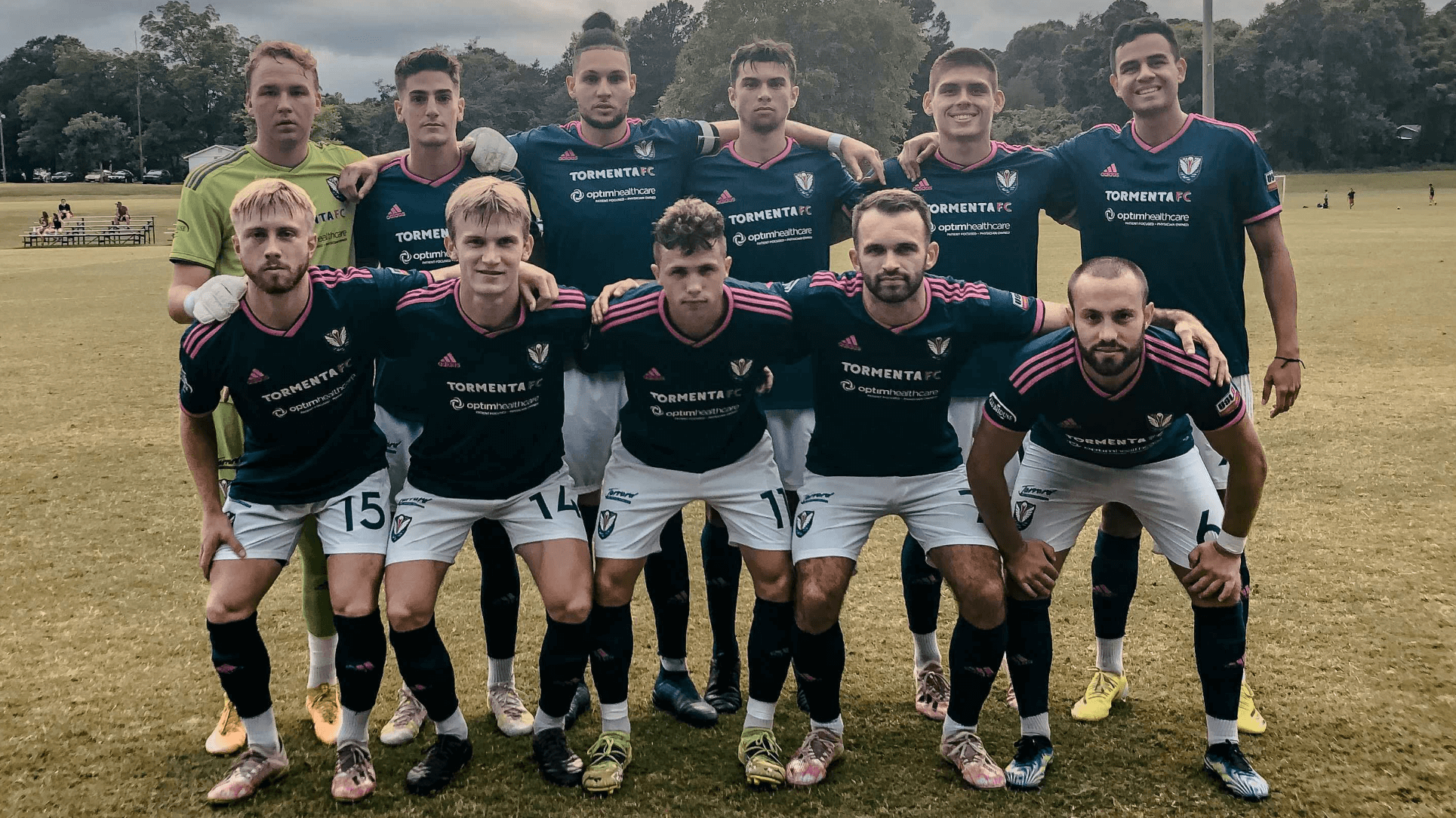 Following a long weather delay on Tuesday night, Tormenta FC 2 had numerous scoring chances throughout the 90 minutes of action, but the one and only goal of the evening for the away side came from the penalty spot, as Alexis Ledoux converted.

However, East Atlanta's Aaron Crabtree scored a header from a corner kick in the final moments of the match to hand TFC 2 its second loss of the season.

Tormenta FC 2 embarks on one more road trip to take on Peachtree City MOBA on Friday, June 11. TFC 2 will then play at Benedictine Military School in Savannah on June 15. Fans should purchase their tickets, including season tickets, half-season plans or quarter-season plans, in advance.

Tonight's Man of the Match, presented by Galactic Comics & Games, is Alexis Ledoux. The Frenchman stepped up and scored his third goal of the season, nearly handing TFC 2 its first road point of the campaign. With his goal, the League Two side has now scored a goal in 18 consecutive USL League Two matches (regular season and League Two Playoffs included).