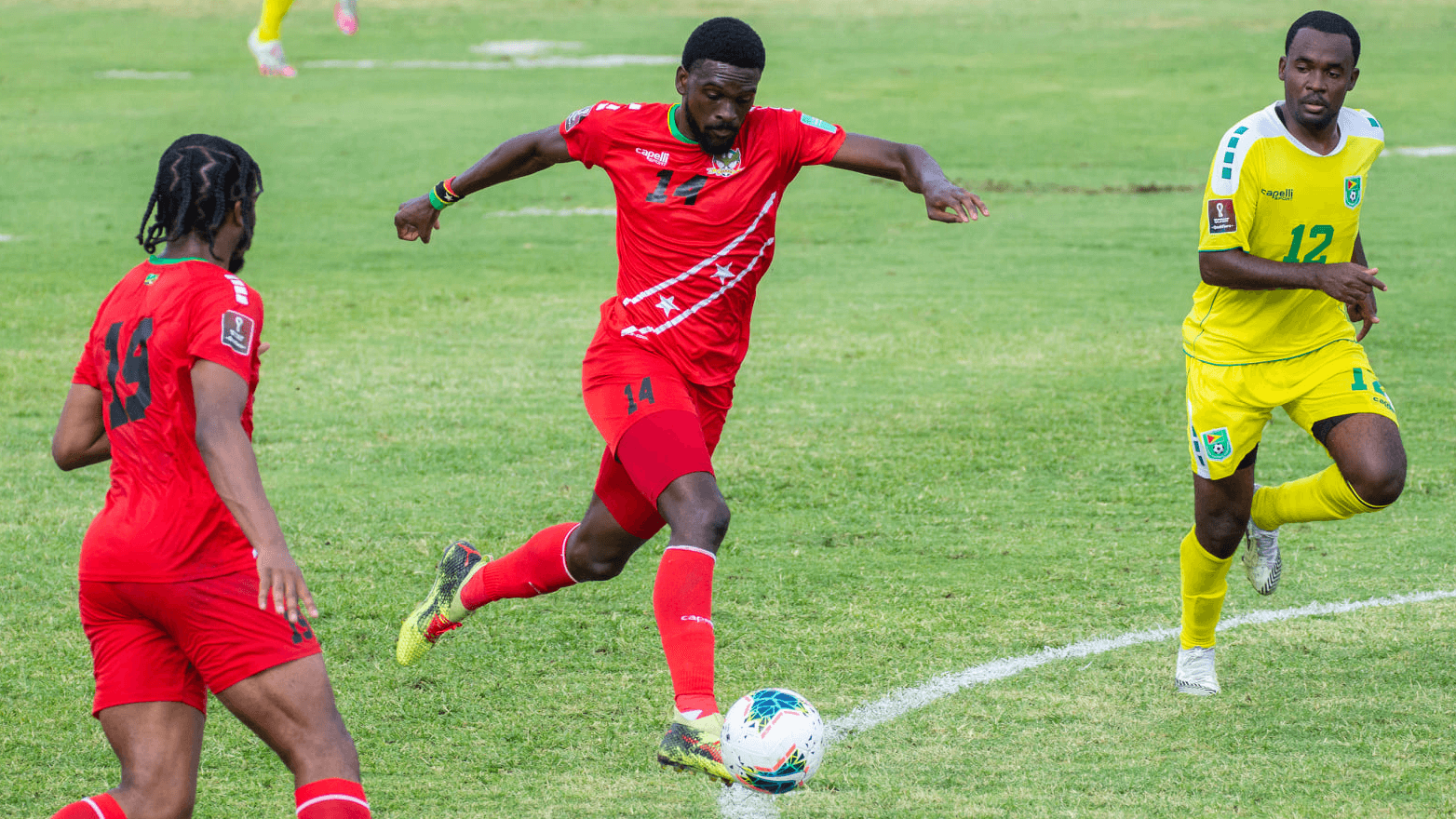 Photo courtesy of St. Kitts and Nevis Football Association (SKNFA) // Raheem Somersall (No. 14) dribbles the ball against Guyana in the First Round of Concacaf Qualifers for the FIFA World Cup Qatar 2022

STATESBORO, Ga. – South Georgia Tormenta FC midfielder Raheem Somersall has helped the St. Kitts and Nevis Men’s National Team advance to the Second Round of Concacaf Qualifiers for the FIFA World Cup Qatar 2022. The midfielder appeared in both June matches, playing 77 minutes against Guyana and 86 minutes against Trinidad and Tobago.

Somersall made his debut for the St. Kitts and Nevis Senior National Team in 2017 and has now made 11 total career appearances. He is also the first current Tormenta FC player to receive a call-up to their national team.

Tormenta Nation can continue cheering on Somersall as St. Kitts and Nevis takes on El Salvador on June 12 and June 15. Should Somersall and St. Kitts and Nevis win the two-legged tie, they would progress to the Third Round of Concacaf qualifiers and face off against the United States, Mexico, Costa Rica, Honduras, Jamaica, Panama/Curacao and Canada/Haiti.

The Caribbean talent made his Tormenta FC debut versus Greenville Triumph SC on May 22, impressing the coaching staff with his control of the midfield. Somersall becomes the club’s third player all-time to be called up to their National Team after Nico Rittmeyer and Leland Archer, who represent Guatemala and Trinidad and Tobago, respectively.