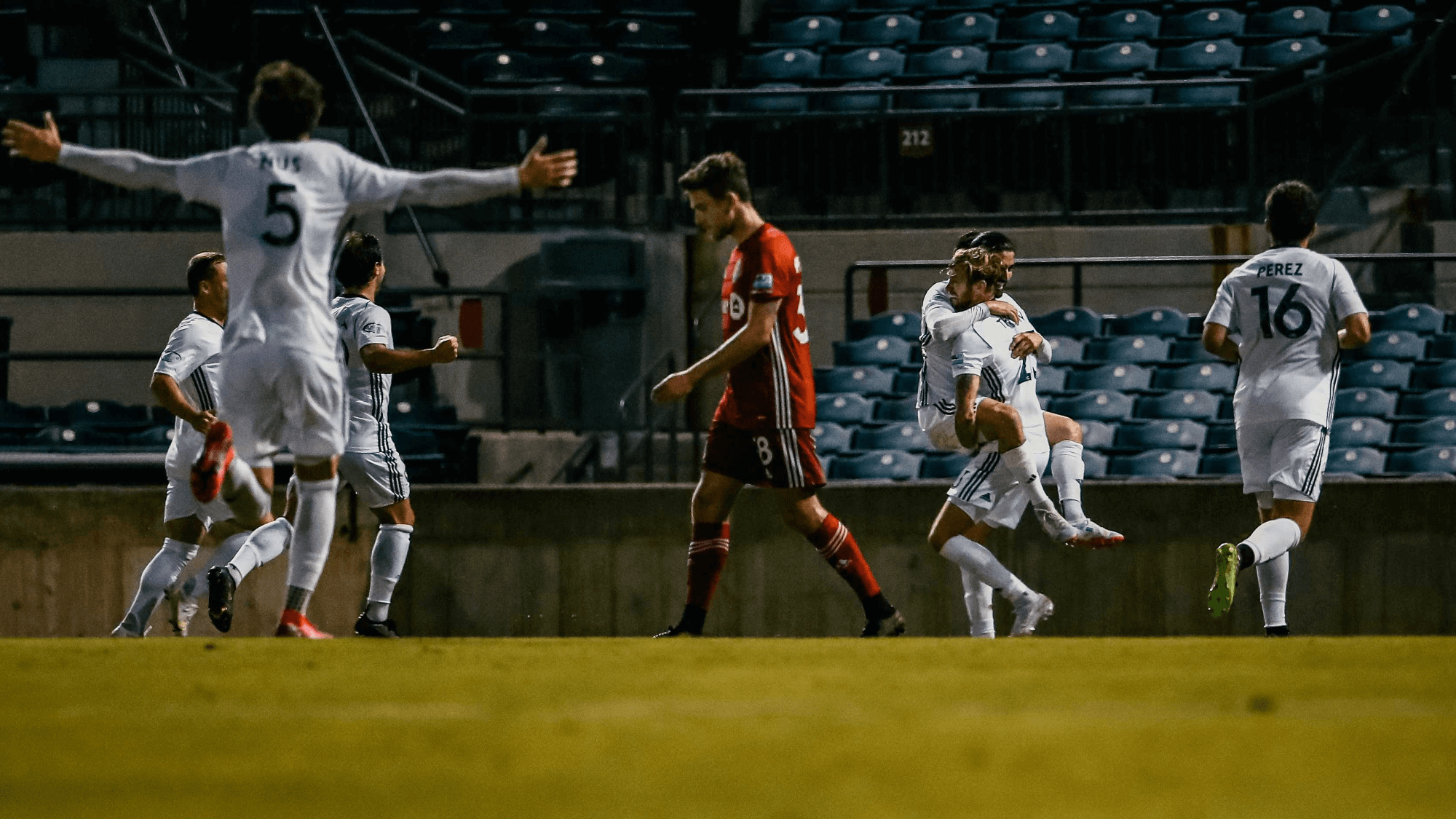 Tormenta FC started off attacking well down the left wing, with Nick O’Callaghan sending in great crosses and nearly connecting with Azaad Liadi. Lars Eckenrode recorded the first shot on target for Tormenta FC, heading a Luca Mayr-Fälten corner kick towards goal in the ninth minute.

The road side had a majority of the best chances throughout the entire game, with Luca Mayr-Fälten hitting a couple great free kicks. Finally, Micaletto tapped in a goal from close range after Curtis Thorn sent a pass across the six-yard box in the 88th minute.

On the defensive end, goalkeeper Pablo Jara led the team to its second consecutive clean sheet, recording five saves, two clearances and one punch throughout the 90 minutes of action.

Tormenta FC’s next matchup is set for home on Sunday, June 13, at 8 p.m. ET. Taking on Toronto FC II in a rematch at Erk Russell Park, Tormenta FC looks to emerge victorious for a third straight game. Fans should purchase their tickets, including season tickets, half-season plans or quarter-season plans, in advance.

JOIN US FOR OUR JUNE 13 MATCH

Tonight’s Man of the Match, presented by Galactic Comics and Games, is Ricardo Gomez. The midfielder finished the match with 86.8% passing accuracy and recorded three tackles, one interception and one scoring chance created.