Club jumps to third in the USL League One standings 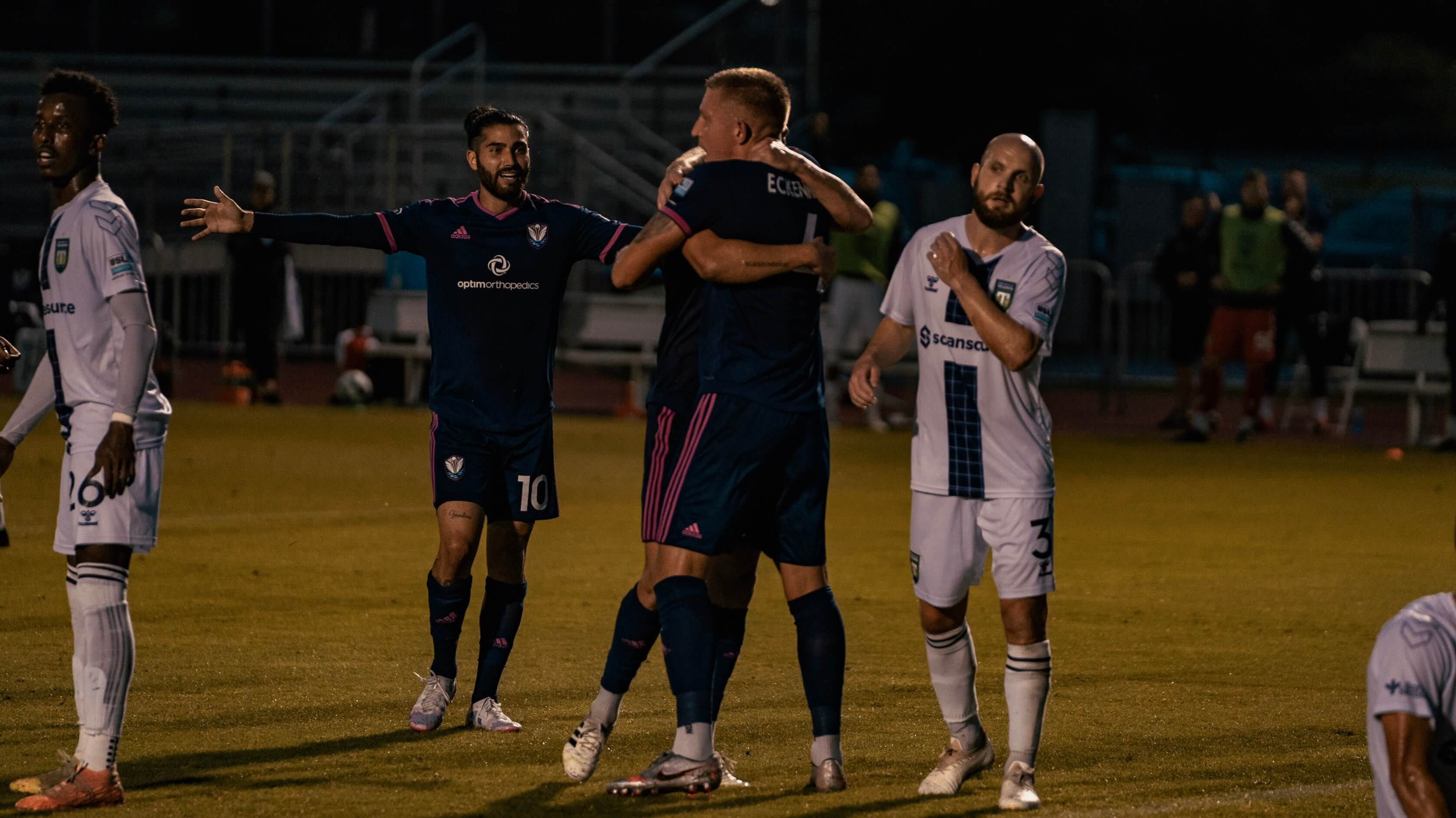 Tormenta FC led Greenville Triumph 2-0 at the half thanks to two clever crosses by Austrian talent Mayr-Fälten. In the 31st minute, Nick O’Callaghan was taken down outside the box, earning a free-kick in a perfect scoring spot. Luca Mayr-Fälten took the Greenville squad off guard with an off-frame shot that center back Lars Eckenrode headed into the box for the first goal of the night.

Just before the halftime whistle blew, Tormenta FC earned another set-piece opportunity in the opponent’s half. Mayr-Fälten shot the free-kick into the box which O’Callaghan bounced over the keeper to double the home side’s lead.

Greenville then responded with a goal in the 50th minute but was unable to tie up the match. In the 83rd, Marco Micaletto beat Greenville’s defenders with a fancy footwork turn before being taken down inside the penalty box. Micaletto then converted into Tormenta’s third goal of the night and his fourth of the season.

In the second half, Tormenta FC’s subs made all the difference and controlled the game, adding extra energy and attack. Rodney Michael, Vincenzo Candela and Raheem Somersall all entered the match in the 56th minute, followed by Kristo Strickler and Stefan Mueller later in the half.

Tonight's Man of the Match, presented by Galactic Comics and Games, is Australian defender Joshua Phelps who recorded seven clearances and won three duels while recording an 85.5 percent passing accuracy.