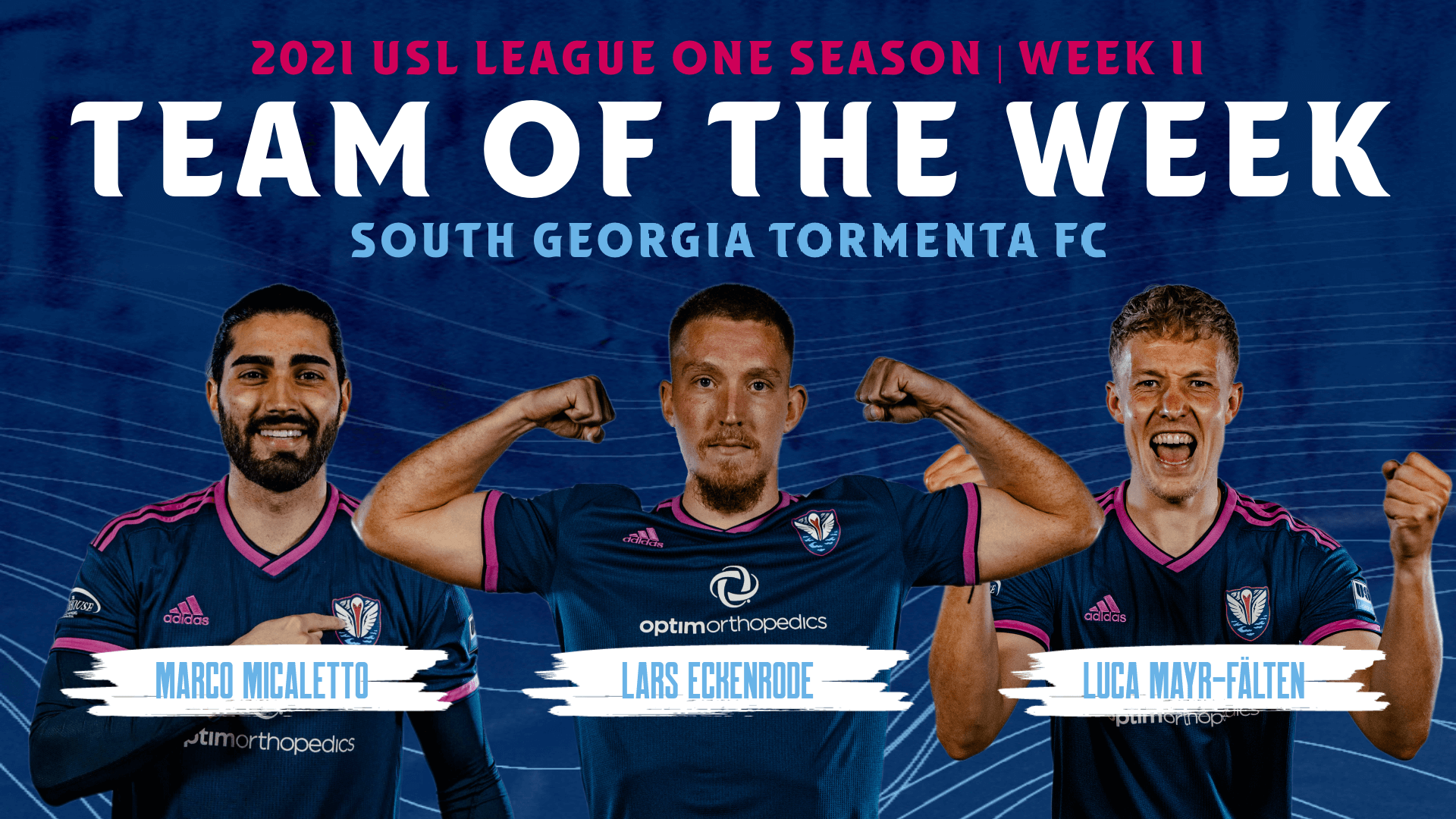 STATESBORO, Ga. – South Georgia Tormenta FC is on a hot streak, and players continue to be recognized in USL League One's Cleer Audio Team of the Week, with midfielders Luca Mayr-Fälten and Marco Micaletto and defender Lars Eckenrode being named to the Team of the Week for Week 11 of the League One regular season.

Mayr-Fälten assisted South Georgia’s first two goals with top-notch deliveries against Greenville, and created six chances in total. He contributed in defense too, making three interceptions and three clearances. Eckenrode, meanwhile, scored Tormenta’s opening goal with a quality header as the team beat Greenville for its fourth consecutive win on Saturday. The center back also won five duels and passed at an 89 percent success rate.

Micaletto put the icing on Tormenta’s victory against Greenville by scoring a penalty kick, which he won himself following a fantastic bit of skill. He led all players in the match in both duels won (nine) and fouls drawn (seven).