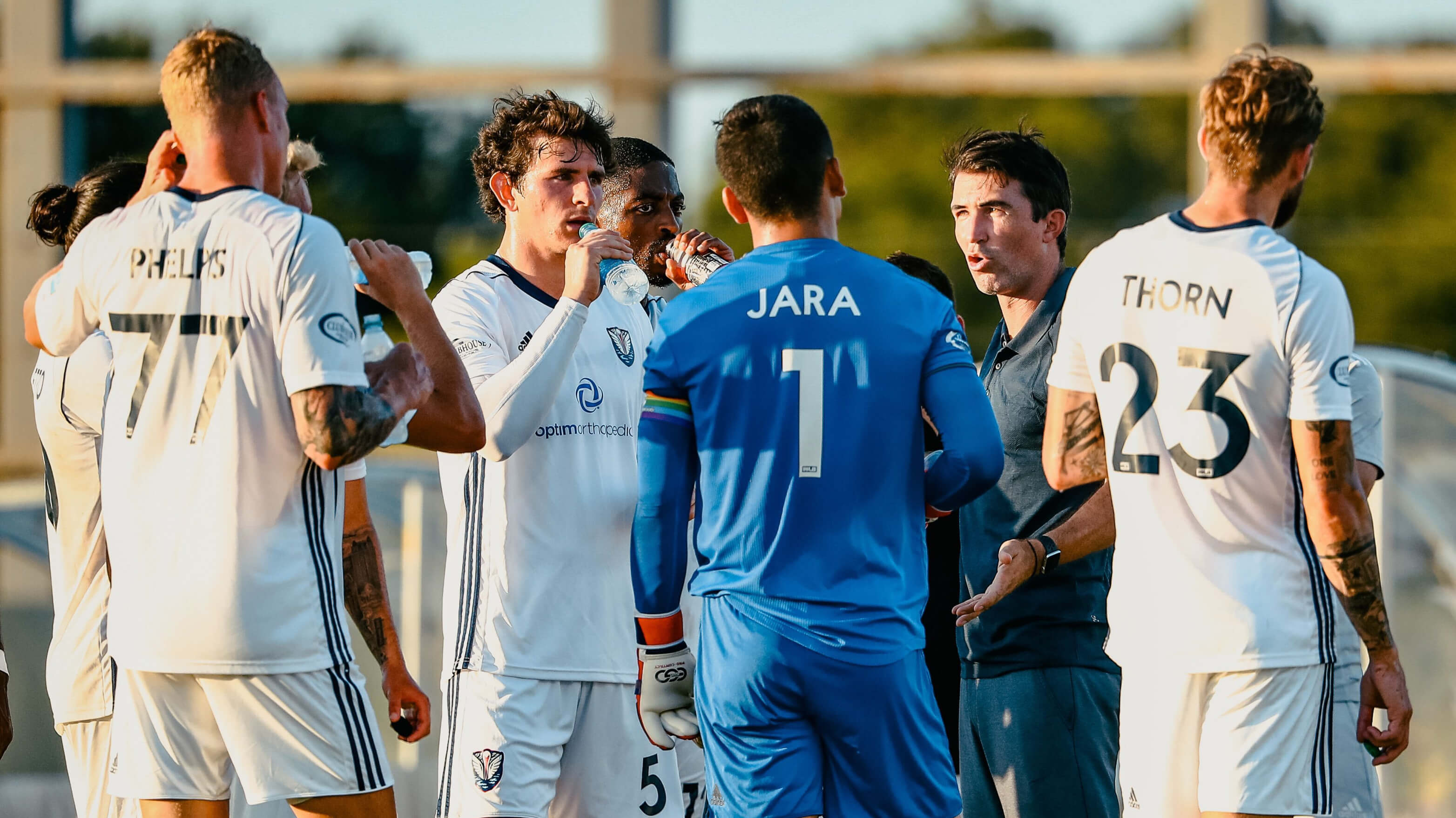 STATESBORO, Ga. – After a 3-1 win versus Greenville Triumph SC at home on Saturday, South Georgia Tormenta FC travels to Osceola Heritage Park for its third of four June matchups against Toronto FC II. Currently on the longest active win streak in USL professional soccer, Tormenta FC looks to keep its emotions in check while continuing its winning ways.

“Our key is not getting too low with the bad period and definitely not getting too high on recent results,” TFC Head Coach Ian Cameron said. “We know and accept that USL League One games can go either way on any given match day. It’s a peculiar league in that respect and one that’s going to throw up some interesting storylines as the season progresses.”

Tormenta FC has defeated Toronto FC II twice so far in 2021, both 1-0 wins. On June 9, Tormenta FC earned its first road win of the season, thanks to a late goal from Marco Micaletto. At home on June 13, midfielder Kobe Perez scored his first professional goal to defeat the Canada side once again. Toronto FC II has only won two of its matches this season and is the only team in League One to not record a clean sheet. The Tormenta FC squad looks to help Toronto continue this trend with a road win on Wednesday. 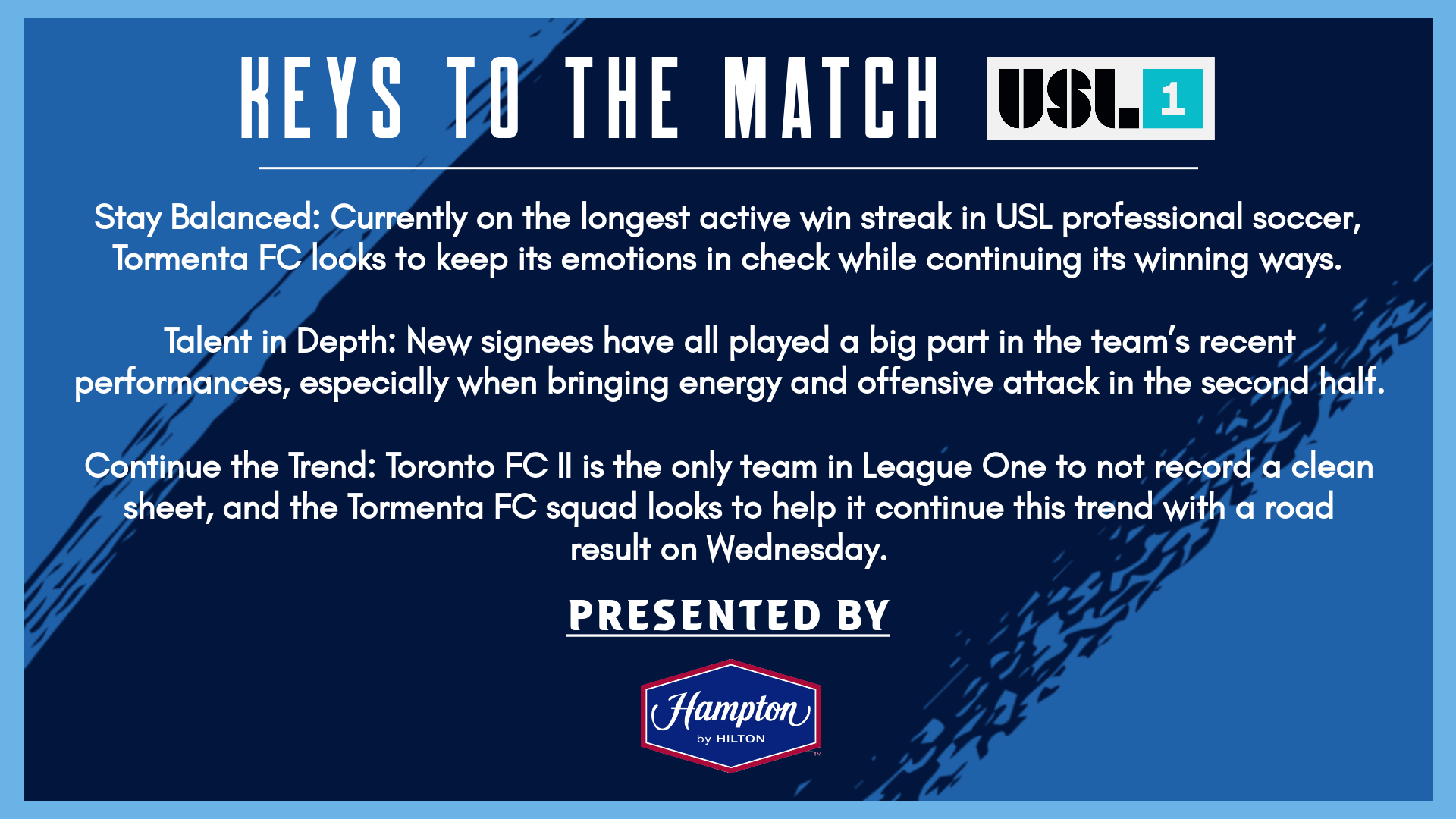 New additions Vincenzo Candela, Rodney Michael, Kristo Strickler and Raheem Somersall have all played a big part in the team’s recent performances, especially when bringing energy and offensive attack in the second half. Expected to get more playing time in future matches, these new talents are sure to take club opposition off guard.

Following Wednesday’s road matchup, Tormenta FC has six days to rest and prepare before hosting Toronto FC II for its final matchup with the Canada side on Wednesday, June 30, at 8 p.m. ET. Due to inclement weather on June 5, Tormenta FC has partnered with Statesboro Pride again to close out Pride Month in full force on June 30. Tormenta FC will also celebrate International Night that night. Sponsored by Viamedia, the club will offer a $15 ticket deal for this match bundled with Tormenta FC 2’s home match on Tuesday, June 29, versus Charlotte Independence 2. Fans should purchase their tickets, including season tickets, half-season plans or quarter-season plans, in advance.

We highly encourage all fans to support the team from your chosen safe environment. Fans can watch every game of the 2021 League One season from the comfort of your own home via ESPN+ domestically and YouTube internationally.