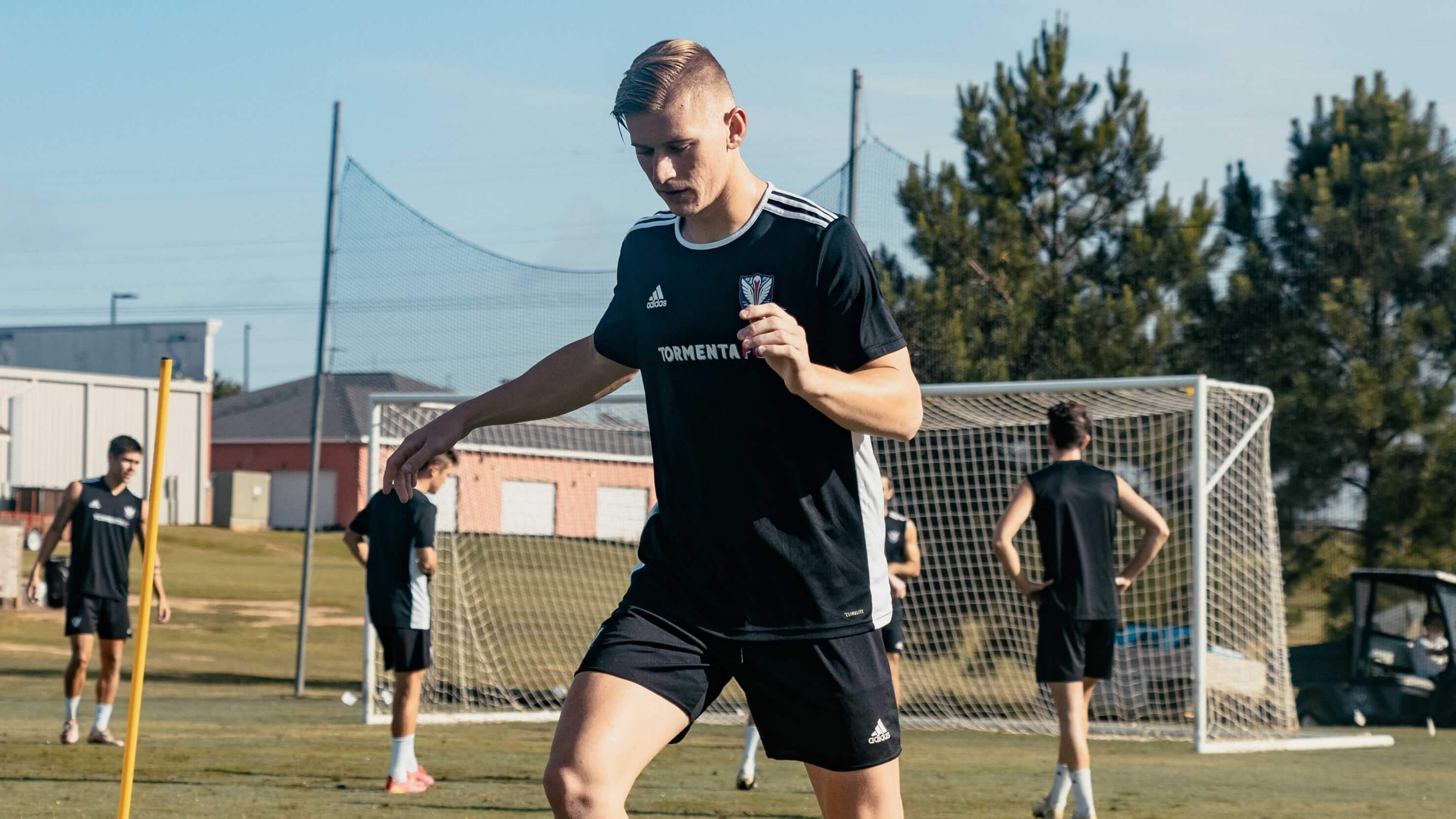 STATESBORO, Ga. – South Georgia Tormenta FC 2 has added defender Dylan Bartel to its 2021 USL League Two roster ahead of the playoffs this weekend. Bartel helped The Villages SC to their first Southern Conference championship title in 2018 and has played two seasons with the University of South Carolina where he led his squad as a freshman in both starts and minutes played.

“Dylan Bartel is a young man who has previously played college soccer with the University of South Carolina and has most recently been training with Orlando City B's group until earlier this summer,” TFC 2 Head Coach Tom Morris said. “He is a strong, left-footed ball playing defender, and we are excited to have him join us and see if he has the potential to make the step up to the USL League One team in the future.”

The 6-foot-4 center back made seven appearances in 2018 for The Villages and also gained experience with the Jacksonville Armada U19 and U23 squads where he was named Most Valuable Player.

“I wanted to join Tormenta FC 2 because of the vast professionalism I saw in the coaching staff, along with the opportunity to play in a high-level environment,” Bartel said.

Bartel joins TFC 2 as it travels to Newport News, Virginia, to compete in the 2021 USL League Two Southern Conference Quarterfinals and Semifinals. The squad kicks off against the 2019 USL League Two Franchise of the Year, Lionsbridge FC, at TowneBank Stadium on Saturday, July 17, at 7:30 p.m. ET.

The winner of TFC 2 vs. Lionsbridge FC will face the victor of The Villages SC vs. East Atlanta FC match on Sunday, July 18, to decide who will advance to the Southern Conference Final the following weekend. All matches will be streamed live on the Lionsbridge FC Facebook page.

While the club’s second team battles for the USL League Two trophy, Tormenta FC’s USL League One side will play at home on Saturday, July 24 as they take on the Richmond Kickers for the second time this season.