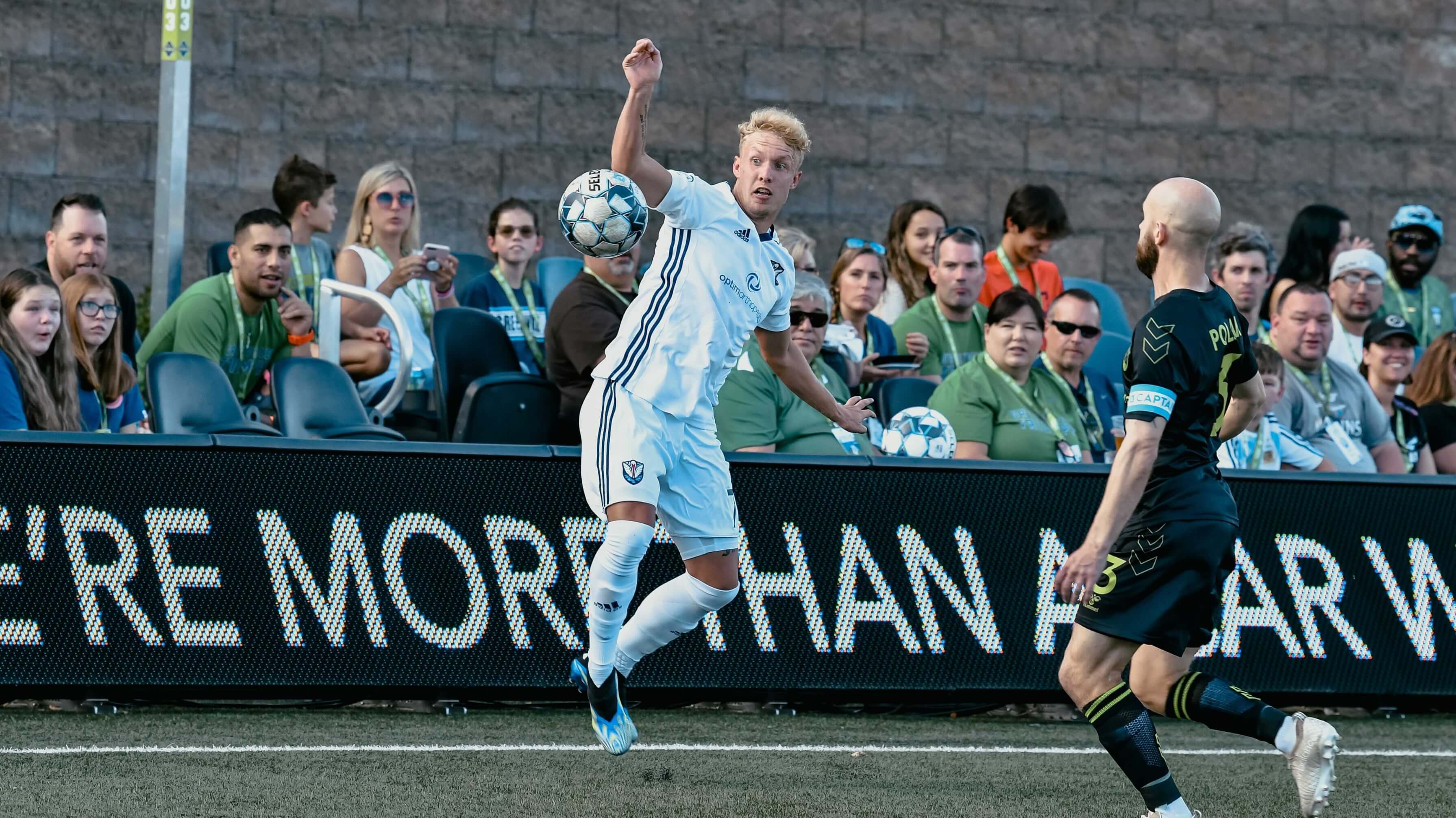 STATESBORO, Ga. - After starting out the match down 2-0, South Georgia Tormenta FC scored three goals in 18 minutes to come back with a 3-2 road win versus Greenville Triumph SC. Tonight’s victory was Tormenta FC’s first win from Early Legacy College in three seasons, and the squad takes all three points home.

The match started out end-to-end with both teams eager to get back into winning form. Greenville got on the board first with a goal in the 39th minute off a deflection from an incredible save from goalkeeper Pablo Jara, followed by a second goal in the 48th minute.

In the 62nd minute, Marco Micaletto scored a stunning shot to steal Greenville’s clean sheet and put Tormenta FC back in the game. Several minutes later, Tormenta earned a free kick opportunity which Luca Mayr finished beautifully to the bottom right corner to even up the score 2-2.

Finally, Stefan Mueller crossed the ball in from a difficult angle in the 80th minute, putting Tormenta FC on top and earning his second goal of the season.

Tormenta FC is excited to now return home to Erk Russell Park and host the Richmond Kickers for Family Night with free student tickets, presented by Your Pie of Statesboro.

It was a good night for Tormenta Nation as TFC 2 also had an important win, defeating Lionsbridge FC 2-0 to advance to the USL League Two Southern Conference Semifinals. Tormenta FC 2 will face The Villages SC this Sunday, July 18, to decide who will advance to the Southern Conference Final next weekend. All matches will be streamed live on the Lionsbridge FC Facebook page.

Tonight’s Man of the Match, presented by Galactic Comics and Games, is midfielder Ricardo Gomez who entered the match in the 59th minute and made an immediate difference, creating one scoring chance and helping out defensively to keep Tormenta FC’s lead.