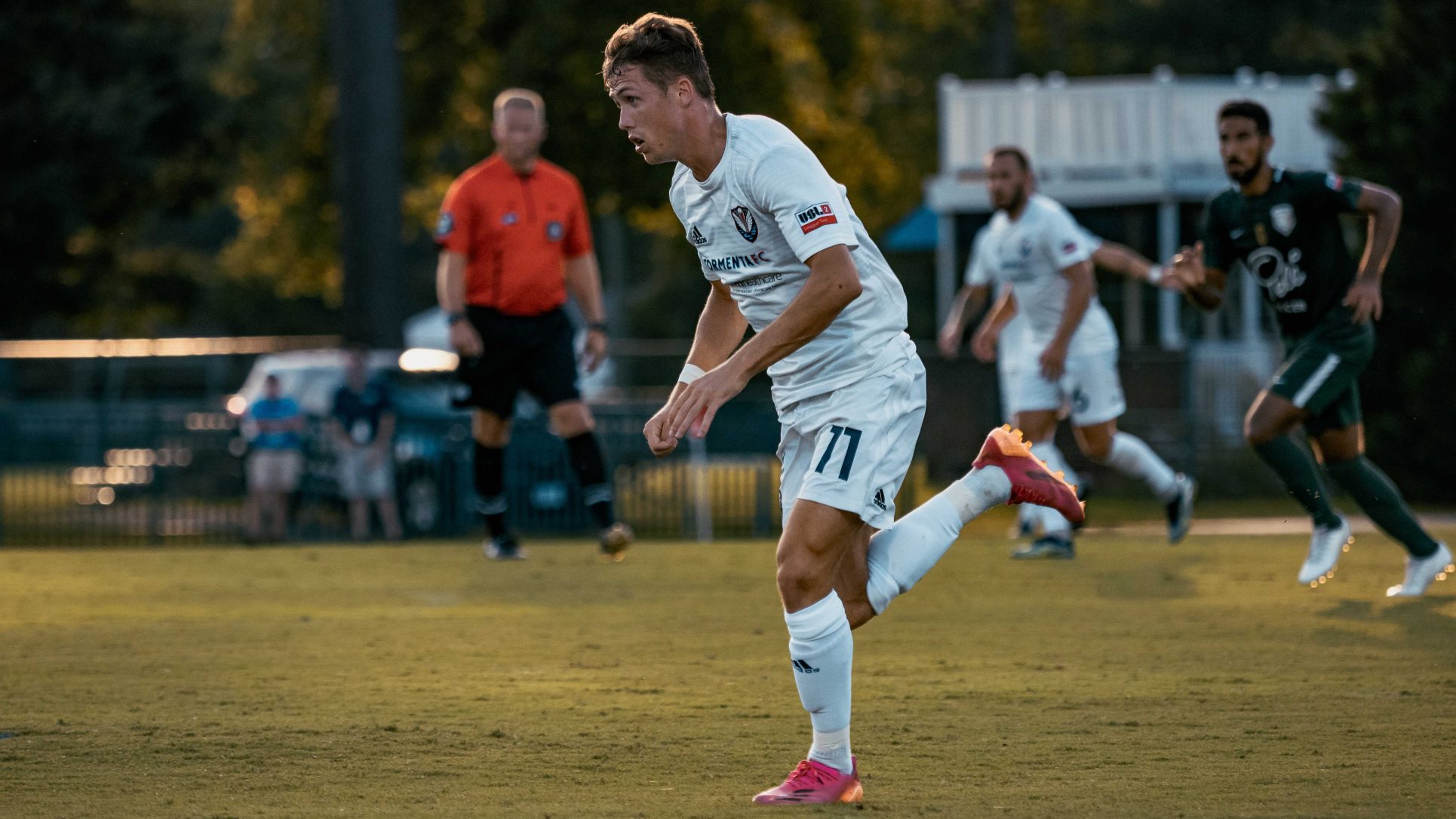 NEWPORT NEWS, Va. - Three years removed from being knocked out of the USL League Two Playoffs by The Villages SC, South Georgia Tormenta FC 2 got its revenge against the Florida side on Sunday, earning a 4-2 victory after extra time at TowneBank Stadium in Newsport News, Virginia, to progress to the League Two Southern Conference Final.

Entering the match on a six-game win streak, TFC 2 started off hot. In the sixth minute, Leroy Enzugusi's long throw-in was cleared to the feet of Alexis Ledoux, who hit a strike into the back of the net. Four minutes later, the South Georgia side doubled its lead, as Owen Green played a neat pass into the feet of Jordan Jowers, who fired a low shot right between the goalkeeper's legs.

The game was far from over, though, as The Villages SC - first-place finisher in the 2021 Southeast Division - fought its way back into the match. Nazar Debutat hit a great shot by Drew Romig for the Florida side in the 21st minute, and the team would equalize TFC 2 with a strike from Leo Paiva.

The teams finished even after 90 minutes, and after 15 minutes of extra time, the match seemed destined for penalty kicks; however, TFC 2 found a breakthrough goal in the 112th minute. After being substituted on in the 110th minute, Tormenta FC Academy talent Brittain Gottlieb flicked the ball across the six-yard box to Hattabiou Barry, who calmly finished the chance in front of goal.

With The Villages SC pressing forward for a late equalizer, Gabriel Rodriguez took advantage of a mistake by the goalkeeper and added one of his own to the scoreline to secure the result.

Tormenta FC 2 will face off against 2021 South Atlantic Division winners North Carolina Fusion U23 in the Southern Conference Final, which will take place next weekend, July 23-25, 2021, alongside the USL League Two Semifinals at a location to be determined. For more information and to stay up to date on the latest news, follow Tormenta FC 2 on Twitter, Facebook and Instagram.