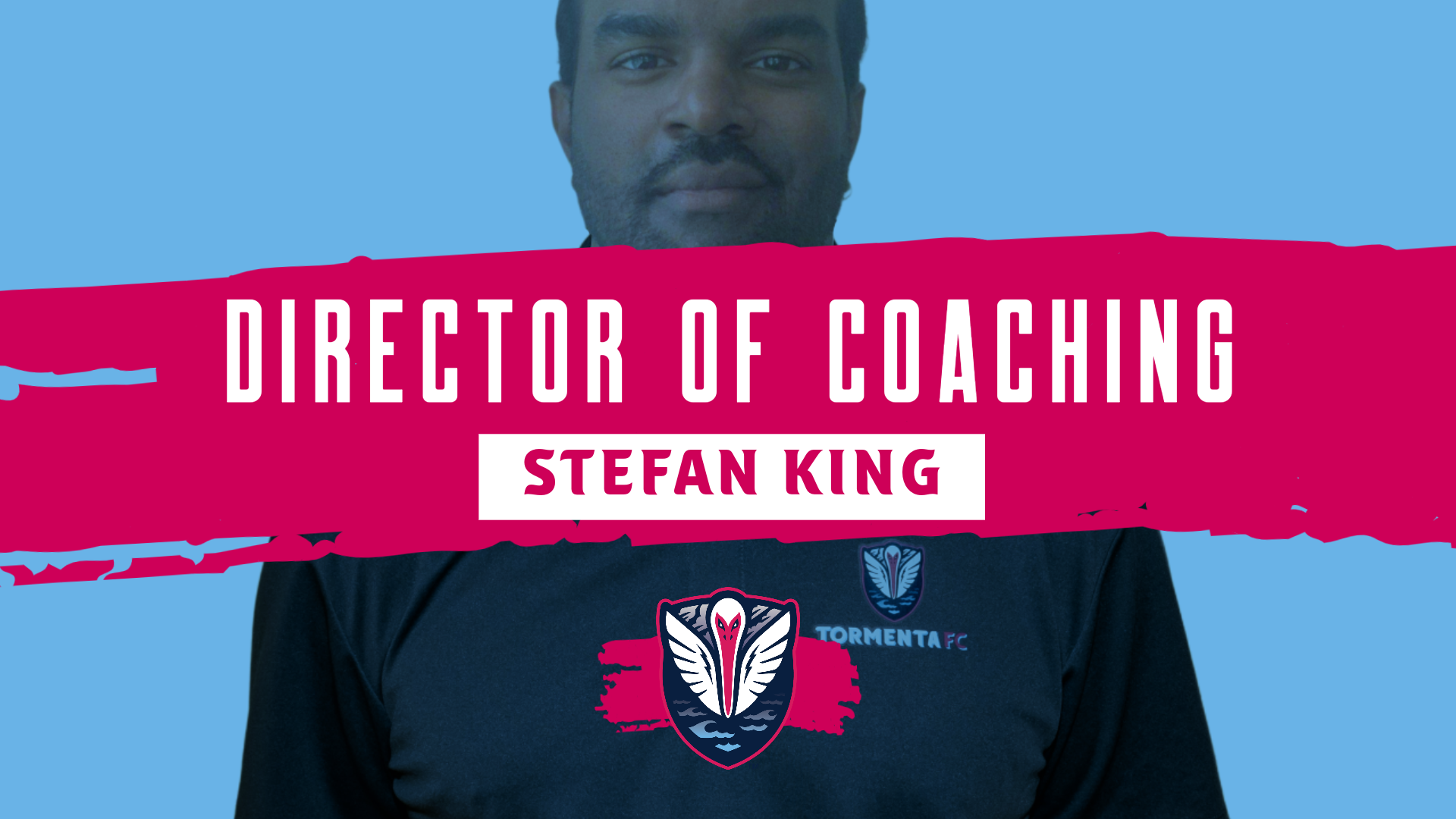 "Stefan King is an extremely talented coach and leader, and as our new Director of Coaching at Tormenta FC Academy, he will be the individual we need to allow our club to continue producing top players in the area," Brad Nein, Vice President of TFC Academy, said. "With the experience Stefan has working in MLS NEXT and ECNL program, teaching coaches how to excel on the field, and directing a youth soccer club; we have set ourselves up to continue to be the go-to club for top talent in South Georgia and the Lowcountry of South Carolina."

King recently served as a Head Coach for St. Louis Scott Gallagher Soccer Club and also served as Director of Coaching for Peoria FC United from 2015-2020. Outside of youth club experience, King served as an Assistant Coach for NCAA Division I programs Western Illinois University and Bradley University, as well as Illinois Central College.

As a player, King represented the Barbados Men's National Football Team at the U15, U17, U20 and U21 levels. He also played collegiately in the United States for Western Illinois University, making one NCAA tournament appearance.King holds numerous coaching credentials and licenses, including the UEFA B License, and was recognized with a 30 Under 30 Coaching Award by the National Soccer Coaches Association of America, which recognizes the top 30 coaches both male and female across the United States under the age of 30 each year.

"Throughout my coaching career, I have been very fortunate to coach at some very esteemed clubs and universities," King said. "When the opportunity came up to join Tormenta, the support I received from my family and former employer Scott Gallagher was tremendous.

"Tormenta FC's staff and leadership were very welcoming to me, and I fully bought into their vision and philosophy as it pertains to the development of young athletes in the South Georgia and Lowcountry of South Carolina area. I’m excited to begin my journey with the program and look forward to growing more as coach and teacher with the Tormenta family."