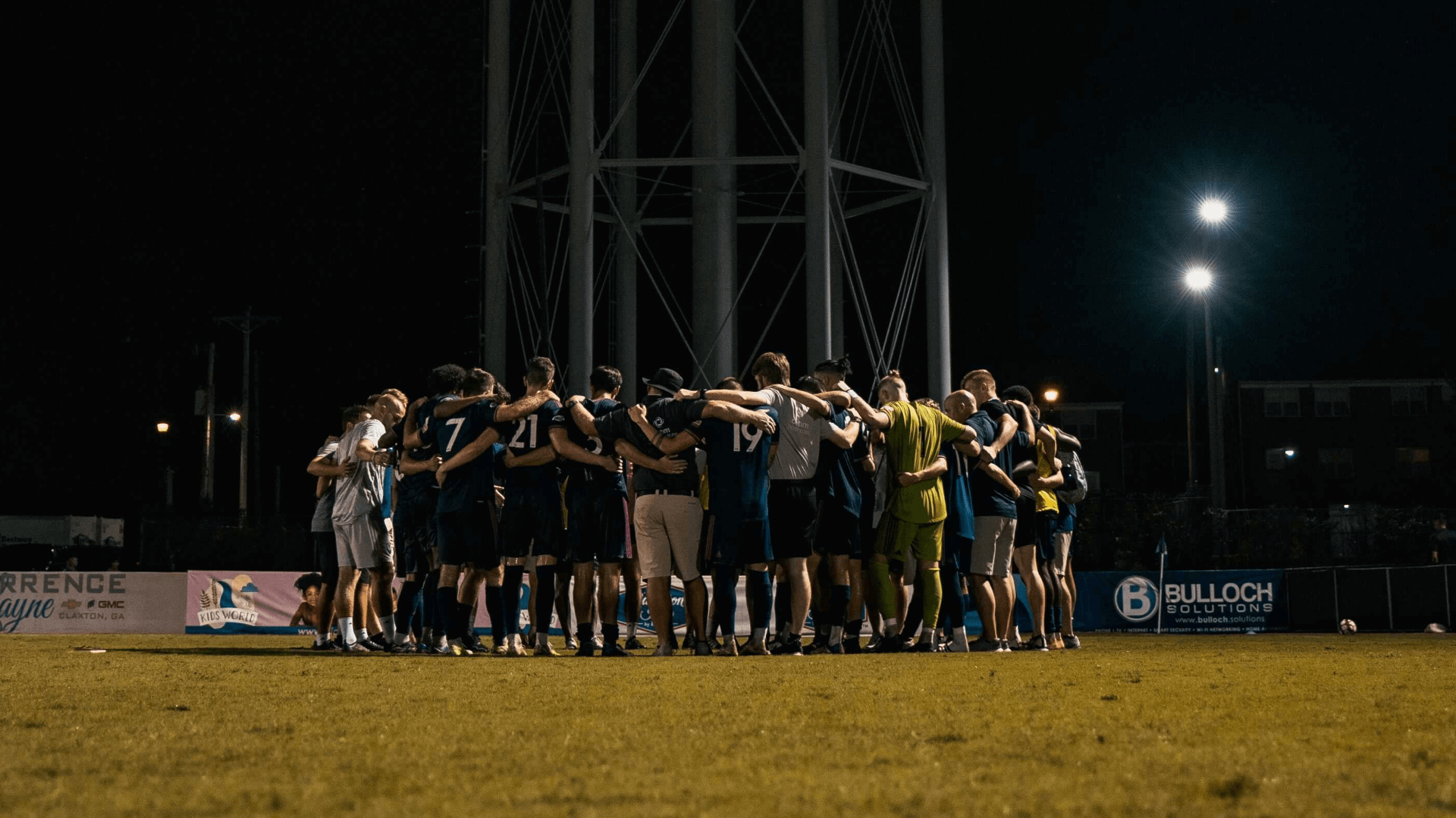 Four of Tormenta FC 2’s top players went out with an injury tonight, including Alexis Ledoux, Michael Hornsby, Hatta Barry and Leroy Enzugusi. Despite the setbacks, TFC 2 continued to fight and look the better team throughout much of the match.

Tormenta FC 2 started the match off strong, notching its first chance of the night in the 2nd minute with a shot by Alexis Ledoux off a cross by Owen Green.

NC fusion scored two first-half goals in the 10th and 41st minutes, one off of a penalty kick, but Tormenta FC 2 came into the second half ready to score.

In the 51st minute, Chris Heckenberg put Tormenta back in the game, scoring from inside the box after an amazing pass from Barry. Just seven minutes later, Gabriel Rodriguez scored an equalizing goal, and Barry bagged his second assist of the night.

In the 68th minute, defender Dylan Bartel made a foul near Fusion’s box and was sent off the pitch with a red card, forcing TFC 2 to play a man down for nearly an hour.

After ending full time with a 2-2 draw, the match went into extra time, two 15-minute halves. In the 105th minute, NC Fusion U23's Victor Cascon was shown a red card while on the bench. Then, NC Fusion pulled ahead and solidified their lead in the 119th and 124th minutes to call the game and earn themselves a conference title.

The weekend continues as Tormenta FC’s USL League One side plays at home on Saturday, July 24 as they take on the Richmond Kickers from Erk Russell Park.