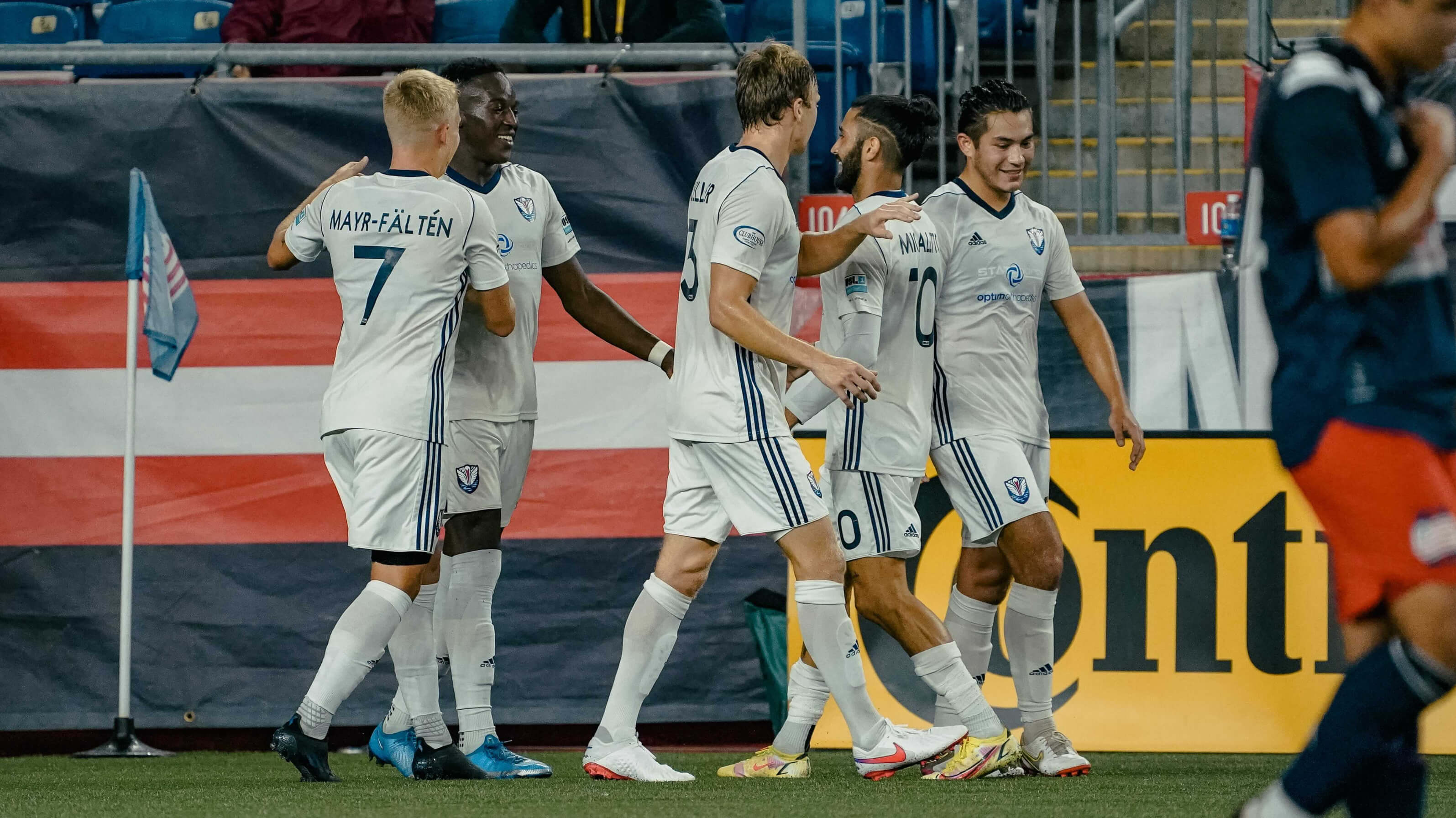 STATESBORO, Ga. - South Georgia Tormenta FC earned a point on the road tonight at Gillette Stadium in Foxborough, Massachusetts, while forward Azaad Liadi continued his recent success and scored his third goal in two matches to equalize the final score 1-1.

Both teams came into the match with 24 points and fighting for a playoff spot, and the draw brings Tormenta FC up to seventh place in the 2021 USL League One standings. The Statesboro squad will need to earn the majority of its remaining possible points to ensure itself a top-six position.

The match kicked off to a gradual start with Tormenta FC controlling over 75% of the possession and building up the pressure. In the 23rd minute, Revolution II’s Ryan Spaulding scored after a persistent assist inside the box, giving the home team the lead.

Ten minutes following, Liadi scored his fourth goal of the season off of a clever set piece. Defender Stefan Mueller passed a low corner kick into the box, where forward Kristo Strickler played a perfect pass into the feet of Liadi, who scored from a tight angle.

After going into halftime tied 1-1, Tormenta FC nearly scored and pulled ahead in the 53rd minute with an incredible run and shot from Marco Micaletto. Despite grinding out shots and chances throughout the second half, the Tormenta team couldn’t find the back before the final whistle.