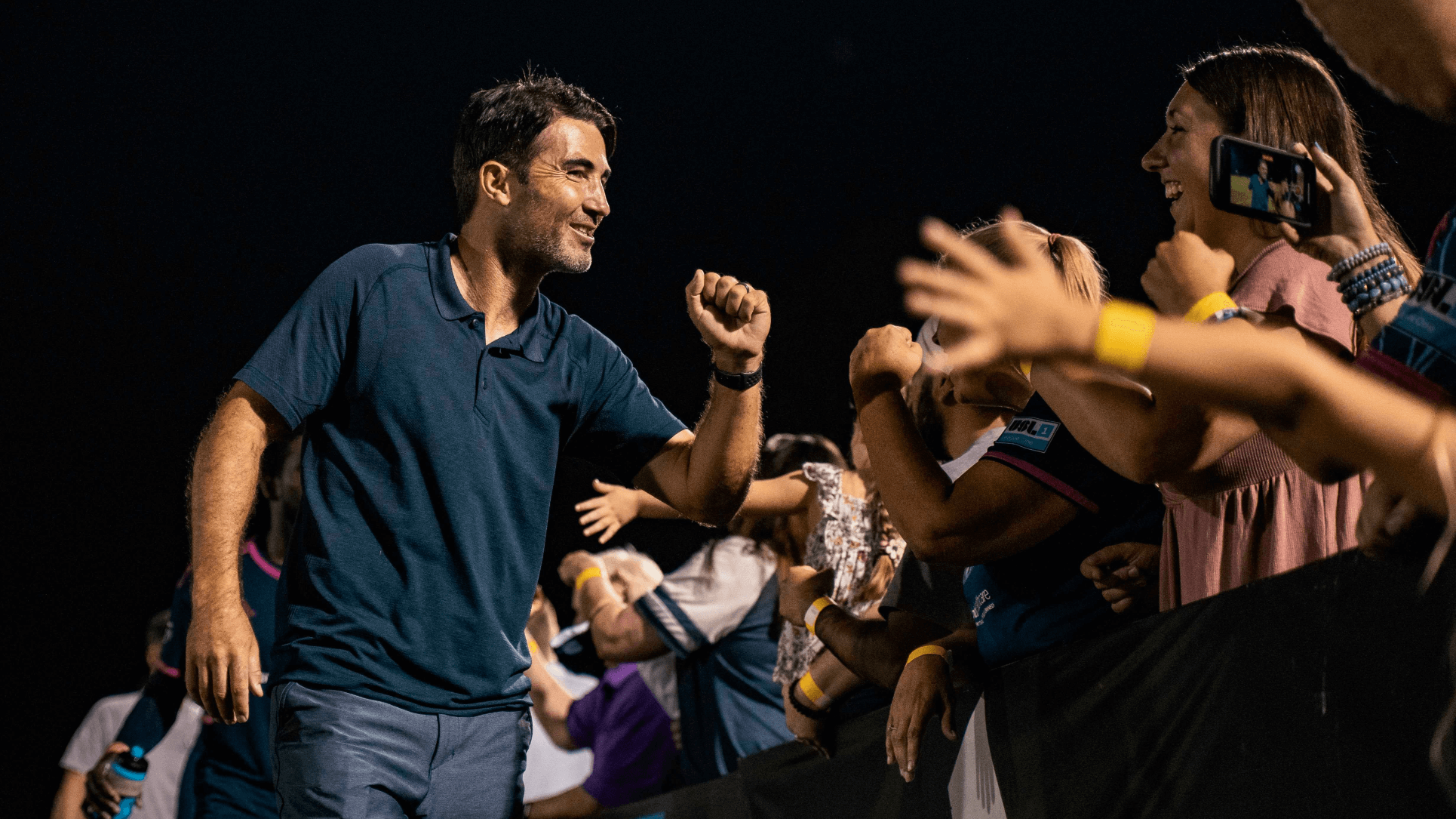 STATESBORO, Ga. - South Georgia Tormenta FC Season Membership holders are in for a treat next season, with Storm Zone 1 and General Admission members receiving invites to exclusive events throughout 2022.

However, Tormenta FC’s most ardent fans will likely be most excited for the 2022 events schedule.

“The events will be the highlight of our Season Membership experience for 2022,” TFC Director of Sales & Service Todd Bergstrom said. “Tormenta Nation should purchase their membership in advance in order to confirm their admission to all events, including our new Supporters Signing Day prior to the start of the 2022 season."

Supporters Signing Day is exclusive to Storm Zone 1 members and will kick off the events schedule for the season. The new event gives fans the opportunity to be a pro for a day by signing a one-day contract with Tormenta FC and take part in a professional photo shoot in team gear. After the photo shoot, food will be served, and fans can interact with Tormenta FC players and coaches. To finish off the day, fans will have a chance to showcase their skills on the Tormenta FC pitch, taking part in multiple drills and games to win prizes.

“Exciting things are coming here at Tormenta FC,” Co-Owner and President Darin Van Tassell said. “With the combination of the new stadium and exciting events we have planned for our fans, 2022 is setting up to be one of the best in Tormenta FC’s history.”

Prior to the kickoff of the professional League One season, Tormenta FC will host its traditional season kickoff celebration called ‘Fans, Food & Futbol.” Both Storm Zone 1 and General Admission members will be invited to interact with Tormenta FC’s returning players and to meet the team’s new talents as well. Fans will enjoy food and drinks as they hear from South Georgia’s club owners and coaching staff.

Midseason, another exclusive event for Storm Zone 1 Season Membership holders will take place, called the Tormenta FC Fan Fair. The new event will be hosted at Tormenta Stadium and will provide fans with the opportunity to compete against and with Tormenta FC players, coaches and staff in corn hole, putt putt, giant jenga, giant pong, soccer bowling and more.

Finally, an end-of-season celebration and award show will be held, and both Storm Zone 1 and General Admission members will be invited to attend. During the celebration, supporters can interact with League One players and congratulate them after the club’s first season in the new Tormenta Stadium. As fans enjoy food and drinks, they will also get to hear from club owners and staff.

Tormenta FC fan, CAT 5 member, and now 2022 Storm Zone 1 Season Membership+ holder, Angel Coughlin, says that she was pumped to renew her season membership for the 2022 season and urges others to do the same to “get the best company, the best food, and the best experience” in South Georgia.

Additional details about each event will be revealed in the coming months, while some event details are subject to change. For more information and questions regarding 2022 Tormenta FC Season Memberships, contact TFC Director of Sales & Service Todd Bergstrom at (912) 388-9010 or tbergstrom@tormentafc.com. 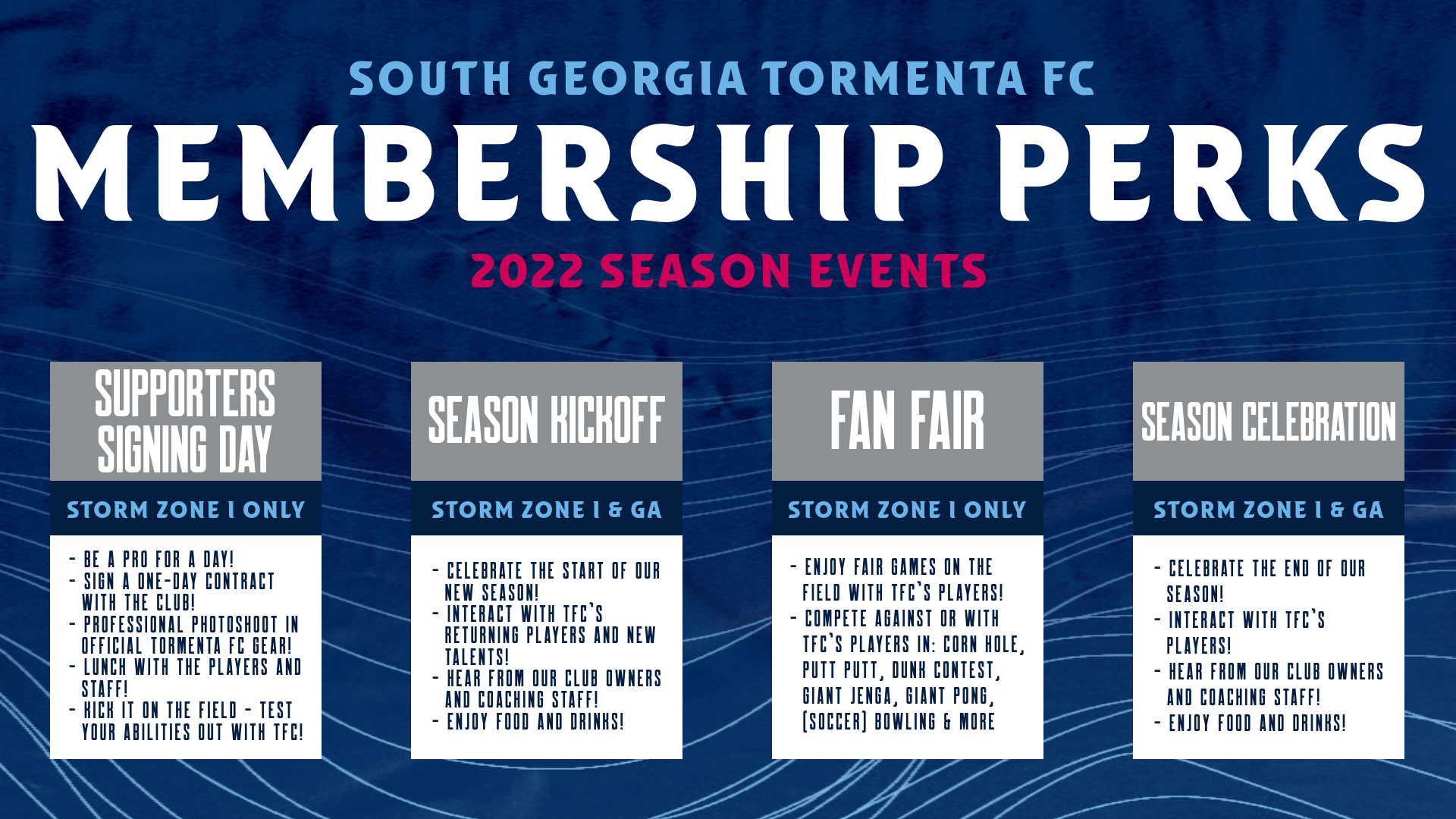