VOTE: Decide the Tormenta FC Player of the Month for September 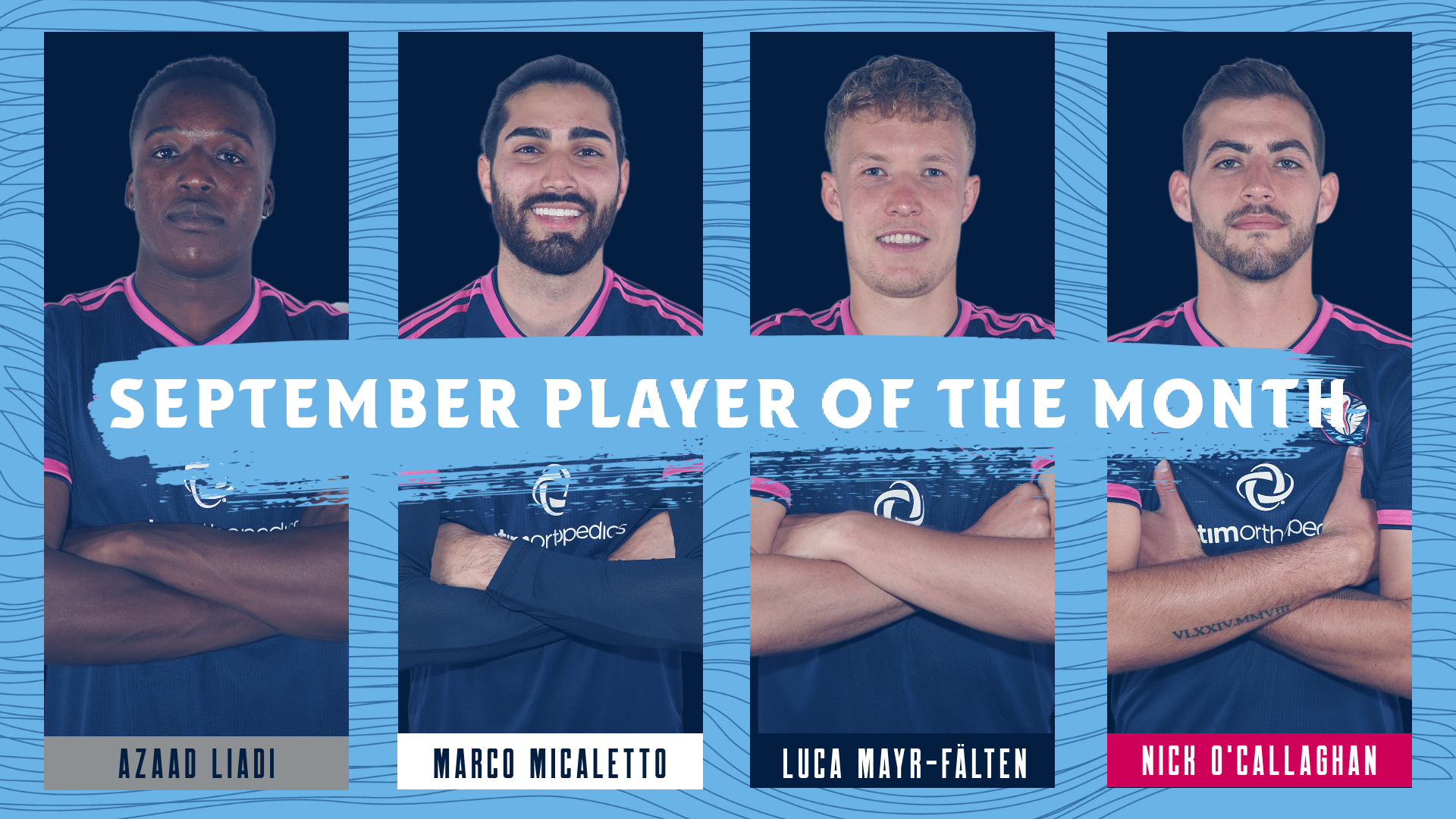 STATESBORO, Ga. - South Georgia Tormenta FC has revealed the four nominees for the Tormenta FC Player of the Month award for September, and the fans will decide the winner. Azaad Liadi, Luca Mayr-Fälten, Marco Micaletto and Nick O’Callaghan are all up for the award after staying undefeated this month with a 1-0-2 record, including a dominant 2-0 clean sheet and first-ever club win over North Texas SC.

Voting for the Tormenta FC Player of the Month award will run through Sunday, Oct. 3, at 11:59 p.m. ET, with voting permitted once per day. The winner will be determined via a weighted vote from the following three voting bodies:

Voting results will be announced on Monday, Oct 4.

Azaad Liadi, Forward: After scoring a brace in August, Liadi continued his hot streak through September, scoring three game-changing goals this month and has now scored four matches in a row. Liadi also recorded seven shots and one chance created, while winning 14 duels.

Marco Micaletto, Midfielder: Micaletto continued his creativity in the midfield this month, scoring a goal and an assist against Fort Lauderdale, his 10th goal of the season, becoming the first club player to reach 10 USL League One regular-season goals.

Luca Mayr-Fälten, Midfielder: The Austrian midfielder had a strong showing this month, recording both a goal and an assist versus North Texas. Additionally, Mayr-Fälten created four scoring chances.

Mayr-Fälten has also been stepping it up on the defensive side, winning 14 duels and recording 13 clearances, seven tackles and six interceptions.

Nick O’Callaghan, Defender: O’Callaghan had a strong presence in the back line this month, helping Tortmenta FC to an undefeated month of play and one clean sheet. The center back won seven duels and recorded 15 clearances and one chance created.