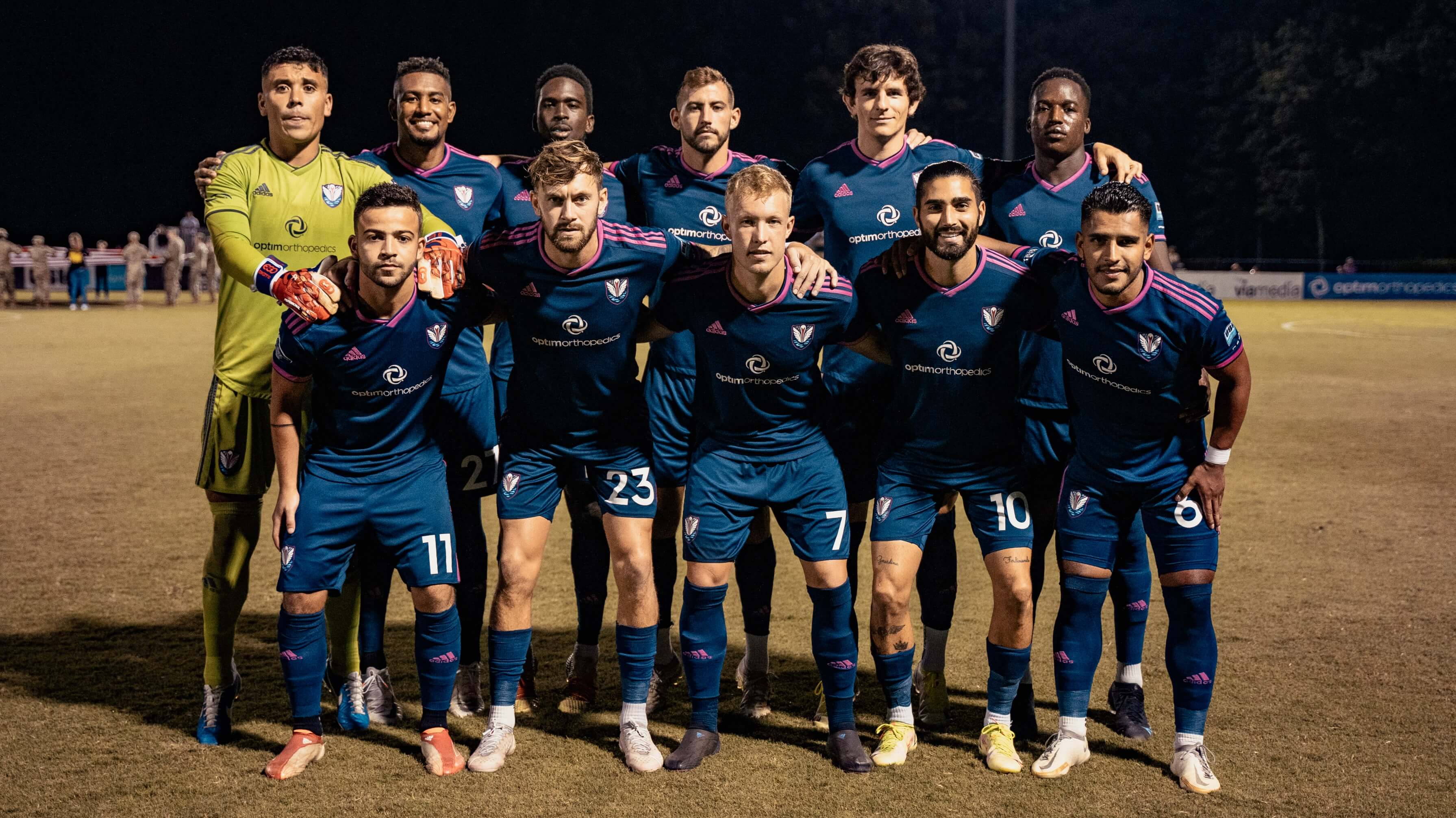 STATESBORO, Ga. - South Georgia Tormenta FC aims to defeat Union Omaha on Friday, Oct. 1, for its 2021 home finale, which also serves as the club’s last home game at Erk Russell Park before moving into Tormenta Stadium in 2022. Tormenta FC and the strong Union Omaha will kick off at 8 p.m. ET. with both teams looking to secure a spot in the USL League One playoffs, giving this game huge implications.

Tormenta FC comes into the match with fresh legs after having last weekend off. Omaha, however, will be looking to rebound after its first home loss of the season to FC Tucson last Saturday.

The South Georgia side has started to find a rhythm on the attacking end, notching four goals in their last two matches. A large part of Tormenta’s attacking productivity has come from the likes of two goal-scoring machines: Marco Micaletto and Azaad Liadi. Micaletto currently sits third in the USL League One golden boot race. The Italian midfielder has now recorded 10 goals on the season, the first Tormenta FC player to reach double-digit goals in a USL League One season. Liadi has also been on fire, scoring at least one goal in each of Tormenta FC’s last four games. Unfortunately, Liadi will be out for this game due to a suspension caused by eight yellow cards accumulated throughout the season, but he will be back for the final three matches. 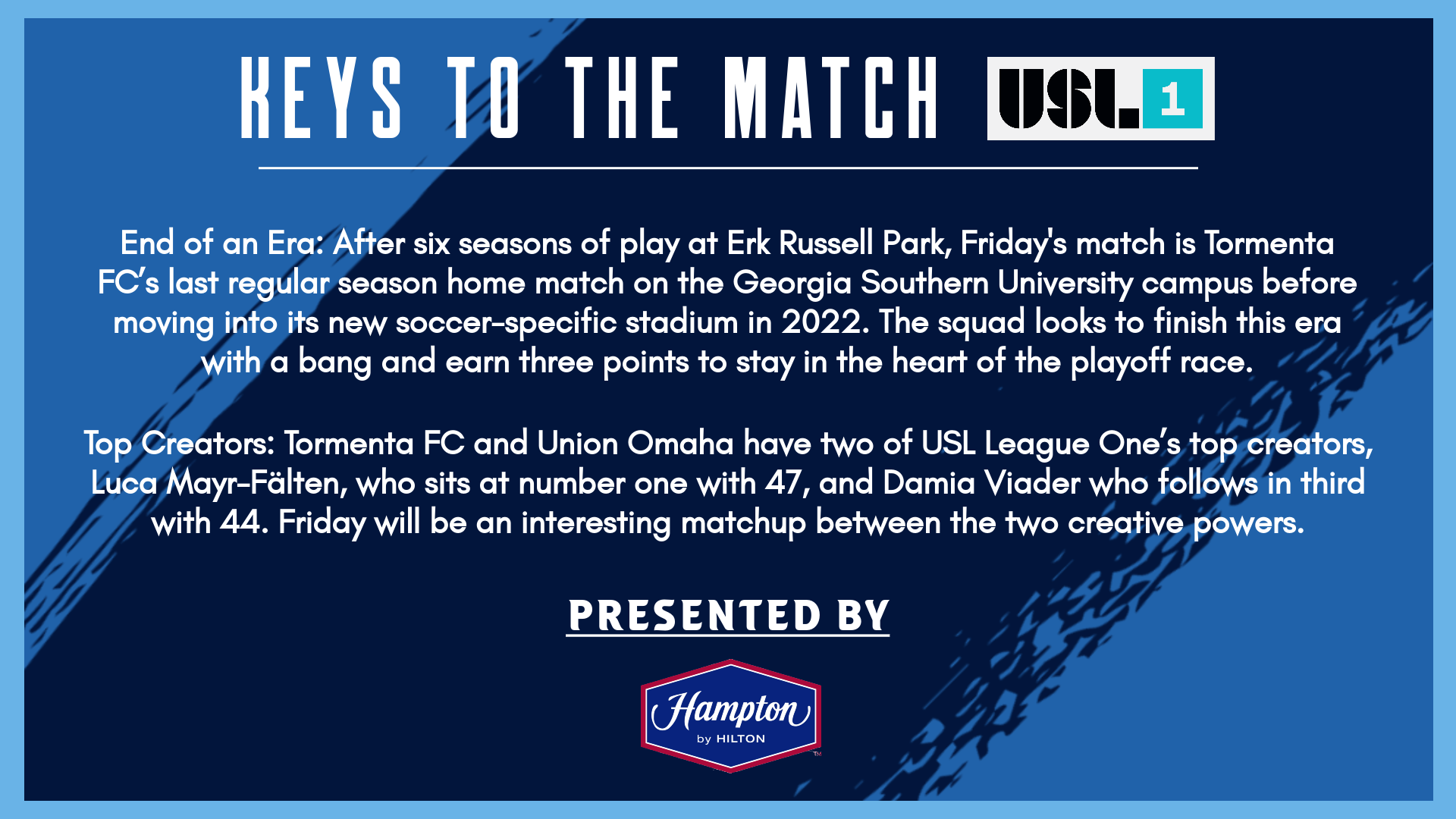 Omaha also poses a huge threat on the attacking end. When asked about the matchup, Tormenta FC Head Coach Ian Cameron commented that Omaha strikers Conway and Hurst were dangerous opponents. The two forwards have been brilliant this season with 12 goals between them. Another intriguing matchup will be between fullbacks Luca Mayr-Fälten of Tormenta FC and Damia Viader of Omaha. The two are at the top of USL League One in chances created with Mayr-Fälten leading with 47 and Viader following in third with 44.

The return of Tormenta FC’s Abuchi Obinwa could be the X factor for the team tonight. The midfielder is returning from injury and provides a great deal on both the attacking and defensive ends. In his 19 appearances this season, Obinwa has recorded 563 passes, 15 clearances and 22 tackles.

If you want to secure your spot in the new stadium for the 2022 season be sure to purchase a Season Membership+ which includes all USL League One, League Two and W League home matches and numerous benefits.

Fans wanting to attend Saturday's match should purchase their tickets, including half-season plans or quarter-season plans, in advance.

Friday, Oct. 1 is Bolt's Birthday Bash and Tormenta FC's end-of-season finale, so don't miss out on the festivities.