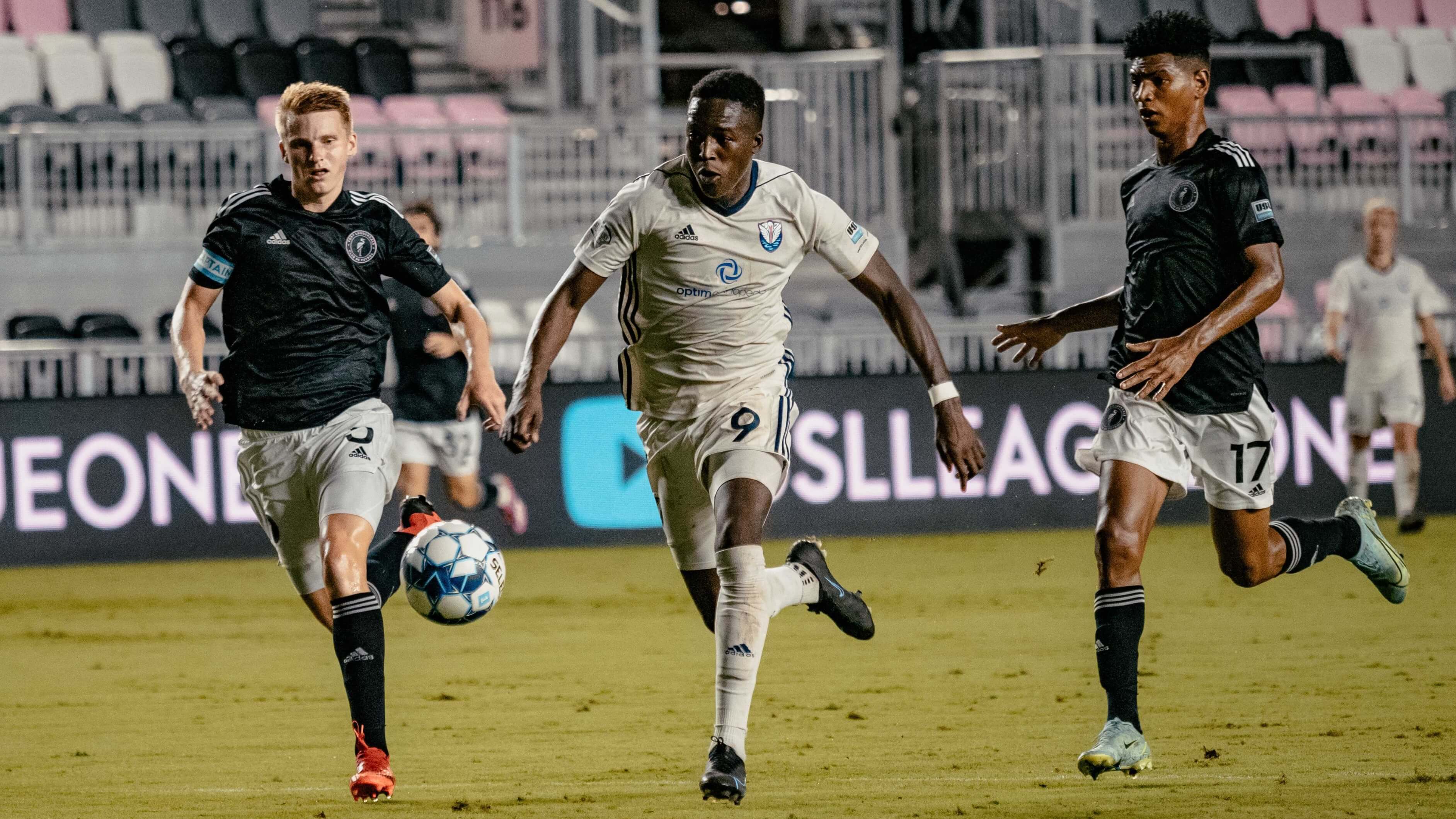 Liadi started the scoring off in the 18th minute, continuing his four-match hot streak and notching his seventh goal of the season. Abuchi Obinwa recorded his first assist of 2021, helping Liadi to an impressive run and shot to give Tormenta an early 1-0 lead.

Throughout the first half, Tormenta made 12 shots with three on target, including a shot from Vincenzo Candela who moved up from his center midfield position to play forward tonight. Liadi also recorded several attempts in the first half, as well as Obinwa, Marco Micaletto and Luca Mayr-Fälten. In the 38th minute, Fort Lauderdale’s Mitchell Curry tied up the match with a close-range header off a corner kick.

Two minutes into the second half, Liadi earned a penalty inside the box which Marco Micaletto converted to record his 11th goal of the season. Fort Lauderdale responded with two consecutive goals to pull ahead 3-2. In the 52nd minute, Ricardo Gomez was given his second yellow of the night and was sent off the pitch for the rest of the match, leaving Tormenta with 10 men.

The action continued late with two more incredible goals from Azaad Liadi in the 61st and 71st minutes. Tormenta held on to its lead until the 89th minute when Fort Lauderdale’s Modesto Mendez scored the home side’s second header of the night.

Tormenta FC closes out its 2021 regular season with two road trips to FC Tucson and North Carolina FC. As this season comes to a close, fans can now purchase their 2022 Season Memberships+, which include all USL League One, League Two and W League home matches. Don’t miss a match next season at the new Tormenta Stadium!

Forward, Azaad Liadi: Tonight’s Man of the Match, presented by Galactic Comics and Games, is Liadi who created history and led the squad with a hat trick. The forward recorded an 88.2% passing accuracy while making four shots on target, four scoring chances and winning seven aerial duels.